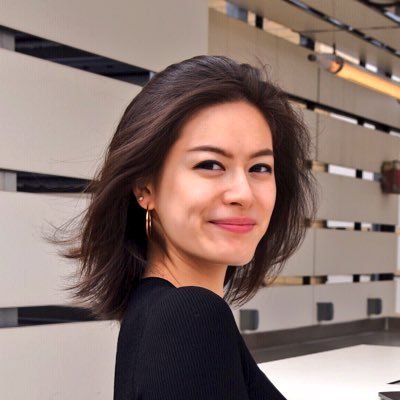 Governance challenges have plagued international politics since the beginning of time. As we think about governance in crypto, it's critical to understand the history of politics and law - because governance is inherently about human nature and behavior. Whether it's smart contracts, proof of stake, centralized nodes, or miner consolidation concerns, these are all rooted in age-old governance problems presented in a new form.

At its core, governance is more than government: it's about authority. Or rather, it's an element of control. It is about making, sustaining, and enforcing rules and decisions.

In recent decades, the proliferation of new information and communication technologies has led to a compression of both time and space - meaning the world increasingly operates as a single global unit, and the process of globalization is speeding up. The development of world markets, multinational manufacturing and corporations, labor migrations, and global institutions are attributes that demonstrate this process every day.

Enforcement mechanisms are clear cut where governance is vertical: an authority like Congress imposes a rule like insider trading is illegal. That law is enforced by the relevant government regulator, like the SEC and DOJ, with harsh penalties for noncompliance. As a result, individual traders have an incentive to comply with the law and avoid the risks associated with trading based material and non-public information.

The challenges arise when governance is horizontal. For example, though we have the framework for International Human Rights Law, human rights violations persist around the world. We continue to see gross violation and disregard for basic human rights perpetrated by individuals, governments, and international organizations.

How and why am I discussing the history of globalization and global governance in relation to the crypto space?

All networks have governance issues, even in networks specifically designed to address them. If we look to the UN as an example, there are deep-rooted issues within the power structure of the entire council set up. Generally speaking, there are two ways a nation state can legally engage in the use of force. They can either seek authorization from the UN Security Council (UNSC), or claim self-defense under the UN Charter. The problem is that the UNSC is set up in a way that any of its 5 permanent members (those members being China, Russia, France, the U.S., and the United Kingdom) have absolute veto power over any decision/resolution. In other words, power is centralized in these five parties, and unless a unanimous consensus can be reached, resolutions and decisions cannot be made. Not only is this highly inefficient, as much of these actors have opposing interests and priorities, but the state of global representation from those countries is also heavily biased towards East Asia, North America, and Europe. Protocols that integrate centralized decision-making in their governance design will be running into the same line of criticism.

In other words: global governance coordination is difficult. So where does that leave us?

Much like the "what exactly is fiat except for pieces of paper" debate that pervades crypto-related discussions, the same thinking can extend towards international law. We tend to forget that, at the end of the day, law is made by the consent of communities of people, oftentimes without any formal action by governmental entities. For example, the International Court of Justice accepts the rule of customary international law, as long as one can prove that the informal rule has 1) been followed as 'general practice', and 2) been accepted (by way of silence or real life application) as the law. This is known as opinio juris, and it attempts to determine whether a practice is observed out of a sense of obligation or necessity, or merely out of courtesy. The latter does not create law, but is uniformly and universally complied with.

There are some rules of custom that are so significant (for example, one's right to their own lives), that the international community will not allow for nation states to contract out, or opt-out, of those practices. For example, two countries cannot sign a treaty (which is binding international law) that will grant themselves the right to commit genocide. This is because our right to life is so deeply ingrained to those of us around the world who are fortunate enough to take such liberties for granted, that to go against that seems unthinkable.

To conclude, I want to leave with an observation that was made in 2007 by Brad Burdham, a partner at USV (h/t to Fred Wilson's post on governance):

"Is there a basis for competition beyond the governance systems underlying these services? If pressed, I would guess it will be values. It might be possible for two equally effective governance systems to compete by internalizing different values. One could perhaps embrace openness and diversity at the cost of some efficiency and the other could be optimized for efficiency for a more homogeneous set of users and interests."

In other words, governance is a bottom-up approach. Goals and values go hand in hand, but are created from ongoing community consensus more than predefined rules. Technology may move the discussion forward and give us a framework to build upon, but governance is not a ground zero issue. At the end of the day, it's about human behavior.