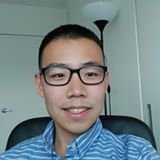 How does Civic work?

Civic's decentralized ecosystem has three types of participants. They are Users, Validators, and Requesters. Users are consumers that need to have their identity verified before a Requester (e.g. company selling a service) can accept the user as a customer. Validators are companies that take in a user's personally identifiable information (PII) and verify the user's identity.

The identity verification process is centered around the Ethereum blockchain. To have their identity verified, a user sends their PII to a Validator, which goes through the regular processes to verify an identity (such as cross referencing documents with government databases). Civic uses cryptographic techniques which allow the requesters to prove ownership and authneticity of PII without ever exposing or storing the PII on the blockchain. These techniques also allow the User to share as much or as little detail about themselves as possible while still allowing the Requestor to validate these facts.

One technique is as follows: once a Validator verifies a user's identity, they stamp this approval on the blockchain. This is known as an attestation. For Civic, an attestation is the root hash of a Merkle tree which has the user's PII as its leaves. For those that are unfamiliar with Merkle trees, they are basically hierarchies of hashes. Each tree level contains hashes of hashes found in a lower level. As the tree level increases, the number of hashes in it decreases. At the root of the tree is a single hash. Read more about Merkle trees here.

The identity verification process operates as follows:. a user sends PII to a Validator, which verifies the information and places an attestation (Merkle tree root hash) on the blockchain. When a Requester needs to perform KYC on the user, they ask for PII from the user and pay a Validator to match the PII with the attestation.

Civic plans to use CVC and a series of smart contracts to power a microeconomy around identity services. The core service is identity verification. Validators can publish prices that they would sell attestations for in a smart contract. The price is denoted in CVC tokens. Validators can then be rewarded by the ecosystem (if participants desire to incentivize them).

Civic also intends to allow users to purchase other identity services from them using CVC. Some examples of services include: accessing to credit reports, dark web monitoring, and running personal background checks.

CVC is an ERC20 token, and it plans to have a fixed maximum supply.

The team behind Civic

Civic is founded by Vinny Lingham and Jonathan Smith. Vinny is a serial entrepreneur with over ten years of e-commerce experience. According to his LinkedIn profile, Vinny has co-founded several companies and served on the executive team or advisory board of many others. He is currently a General Partner at Multicoin Capital and serves as Civic's CEO.

Jonathan has more than 15 years of experience in banking and technology advisory and is CTO at Civic. Prior to Civic, Jonathan held senior management and executive positions in various financial institutions.

The two have assembled a small team of operational, engineering, and marketing staff to build Civic.

A key innovation Civic has made around identity verification is Merkle tree root hash attestations recorded on the blockchain, which is efficient and affords a lot of flexibility for the user. However, companies that simply want to use Merkle tree root hashes to verify users may opt out of using a token entirely.

The case for using a native token is that it allows the product to be priced independently of the greater crypto economy and represent a fair utility value (decoupled from other crypto factors). Currencies can also be moved between chains in the future, taking advantage of different changes as the need and utility evolves - all while leaving the currency of the economy unscathed.

Civic is a decentralized application built on Ethereum for identity verification. The team aims to improve on existing inefficient and expensive identity verification processes using blockchain and smart contract technology. Civic has a strong team, an ambitious vision, and innovative technology. Unfortunately, one of the core components of their proposed solution, a custom cryptocurrency token (CVC) that powers a microeconomy, adds little utility to the system and even adds a point of friction to the process. Key challenges for the team moving forward is to remove the inefficiencies introduced by the CVC token and to find a way to capture value from the system without relying on the efficacy of the CVC token.