3-Year Anniversary of the BIP148 UASF
A quick history lesson on SegWit activation, the Bitcoin scaling debate, and who really is in control of Bitcoin’s future (miners vs. users). 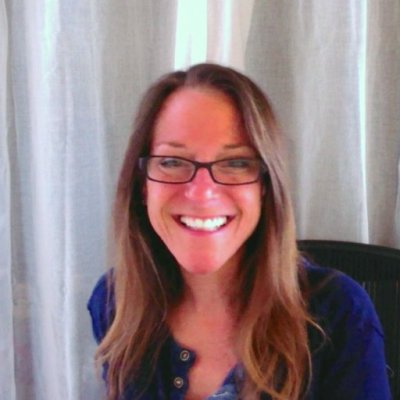 Brooke ⚡️ - @bitcoinmom 5 months ago
RT @slush_pool: 1/ Happy UASF anniversary fellow Bitcoiners! An occasion to remind us that miners aren’t paid to decide the rules of the network, rather they are incentivized to follow the rules and follow the market. Read what happened and why we supported the UASF ⬇️ https://t.co/locJKBzDGe
16 57

Samson Mow - @Excellion 5 months ago
RT @slush_pool: 1/ Happy UASF anniversary fellow Bitcoiners! An occasion to remind us that miners aren’t paid to decide the rules of the network, rather they are incentivized to follow the rules and follow the market. Read what happened and why we supported the UASF ⬇️ https://t.co/locJKBzDGe
12 48
YeOldDoc 5 months ago

This is a cozy bedtime fairy tale to tell newbies, but it is also incorrect. With the exception of support by Core developers, there wasn't any majority support of UASF in any group:

Yet node count for UASF is often treated as "the will of the users" while the others are treated as sybil attack.

It should also be noted that UASF was originally not aimed at users, but at economic actors (businesses accepting Bitcoin, exchanges, wallets, ...). From the UASF FAQ:

Especially noteworthy is that the UASF FAQ explicitly warned

But UASF failed to secure significant support from businesses which started signing the NYA instead, which claimed to represent the economic majority that UASF aimed for:

At this point UASF had no hashrate (0%), only minuscule support from economic actors (5%) and very few nodes (2%).

Then the UASF propaganda was kicked into overdrive:

UASF node count continued to rise but never exceeded 13%. Many suspected those nodes to be either fake or run in the cloud. People cite "almost 15%" as a clear sign of a significant "grassroot movement". In comparison, Bitcoin Classic and ABC had 34% and 27% at their highest peak. (Note that all of them had significant amounts of instances run on cloud VMs).

The only metric in which UASF gained any significant support from any group at all at any point in time was support by Core developers: ~50% were in favour of UASF while all of them were against S2X.

In the end, UASF's goal was achieved (i.e. SegWit activation without blocksize increase) despite its activation (BIP148) having no effect (BIP91 locked in SegWit before). (You have to ask miners if the threat of UASF or the S2X bribe was the driving force.) This led people to become UASF supporters "in hindsight":

Wearing a UASF hat then meant: "I support threatening a minority chain split in order to force activation of SegWit."

Wearing a UASF hat now means: "I support Core. Also: Users should have more say than 'companies' in the strategic development of Bitcoin".

It is difficult to assess the UASF support in numbers at that time, especially with regard to the number of people supporting UASF without running a corresponding node.

But it is important to note that UASF did not have any significant support on any known metric and no majority in any metric at any time during the "blocksize war".

This creates a difficult situation for UASF supporters which claim that UASF is the one and only cause for Segwit activation:

is sufficient to significantly alter Bitcoin's future against the wishes of the community.

The easiest escape from this dilemma is doing what the linked article does: Claiming that UASF had overwhelming user support, but the numbers simply don't support that. It's just a lie to make users feel in control.