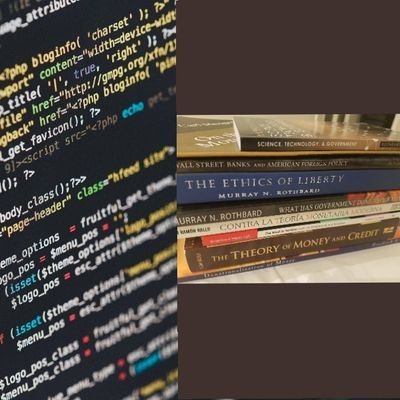 Dennis Parker⚡️ - @Xentagz 7 months ago
RT @gladstein: Like any new technology, governments will eventually start figuring out Bitcoin. It’s just a matter of time. Thankfully they whiffed on mining the first 18 million. For that, we can be grateful for their arrogance and ignorance. But that won’t last much longer. https://t.co/sDsVtNunms
17 88

Christopher Wheeler - @Stocktrader 7 months ago
RT @skwp: The great Bitcoin Mining Race has begun in full force. America, China, Russia. Meanwhile, people are still like "are you mining bitcoins in your garage?" https://t.co/WdHaYkPY35
0 0

Leigh Cuen - @La__Cuen 7 months ago
RT @baidakova: I actually wasn't expecting to talk to Russia's nuclear power monopolist about bitcoin mining, but... here we go! The spot is really like a mile away from the plant. https://t.co/PBaDggBwYn
16 43

Marty Bent - @MartyBent 7 months ago
RT @matt_odell: "Rosatom is the first big government-related entity to embrace miners in Russia...And with plans to eventually open 240 megawatts or more of its power from several locations to the industry, the company could become a notable player on the global market." https://t.co/Xl1LxURxjW
17 70

Matt Odell - @matt_odell 7 months ago
"Rosatom is the first big government-related entity to embrace miners in Russia...And with plans to eventually open 240 megawatts or more of its power from several locations to the industry, the company could become a notable player on the global market." https://t.co/Xl1LxURxjW
9 31

But Rosenergoatom wants to market the project, first of all, as a legitimate, reputable way to mine cryptocurrency

Really neat to read, thanks for posting this. It is interesting to see the plants find other ways to diversify their electricity sales.

Will this delusion ever end? Has the whole world gone crazy? We got good printed fiat, the best money system the world has ever had and we are going to give it all up for imaginary numbers that we got by converting electricity in to heat in a world that's overheating?

2
Soyweiser 7 months ago
Come on the world isnt overheating it can alle be explained by ... *rolls a d100 on the climate change excuses table* 'increased solar activity due to sunspots', you climate crazyperson!
1
beanietulipbubble 7 months ago

“For the time being, we can host miners. when the mining story is over, we can host something else,” Nemchenkov said.

Rosenergoatom seems serious about working with miners: According to Nemchenkov, there will be an option to hire the nuclear giant’s personnel to take care of the mining containers and leverage its engineering and industrial safety expertise.

Ahh yes. Nuclear safety expertise. Brought to you by the makers of Chernobyl and K-19.

8
happyscrappy IT Specialist 7 months ago
And whatever that nuclear missile that cracked open and irradiated a town was.
3
happyscrappy IT Specialist 7 months ago
Oh, and [Lake Karachay](https://en.wikipedia.org/wiki/Lake_Karachay)
3
NonnoBomba 7 months ago
And the 30-something incidents since the '50s at the nearby Mayak plant (the source of radioactive contamination of Lake Karachay), including the very latest one in 2017, when airborne ruthenium-106 was detected by multiple labs all over Europe and traced back to there (a clear sign something bad undeniably happened), with Russian authorities still denying anything happened at all. The site was a critical part of the Soviet's assembly line for nuclear weapons and it's still in use as a reprocessing plant for spent nuclear submarines fuel and other things.
3
SnapshillBot 7 months ago

What NOT to do on Local Bitcoins 1.Tust anyone.

How I power a (successful) crypto trading bot with TimescaleDB