ABC News Used Footage From a Kentucky Gun Show and Said It Was Syrian Warfare
Trust in the news media is at historic lows. Days like today won't make it any better. During Sunday evening 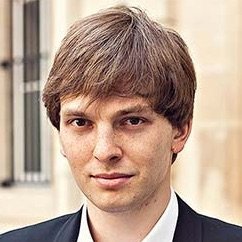 What was included in the footage? The article includes only an image of an explosion.

2
MBloomberg minarchist 8 months ago
Here ya go: https://streamable.com/p9nod They went beyond using footage they knew was mis-sourced. They combined two clips from the same gun expo, and they cropped out the crowd filming with cell phones.
2
foobarwho 8 months ago

Again this post has nothing to do with libertarianism...

0
williamfrantz 8 months ago
This one is pretty borderline. It's not really a story about liberty but at least it's about foreign wars, a deceitful press, and a gun show. It's sort of a nexus of libertarian interests even though it's off topic.
0
ExcitedBullfrog9 8 months ago
Neo liberals trying to get America more involved in the Middle East than it already is is definitely something this sub should have an issue with.
4
Victim_of_Reagan 8 months ago

Why do libertarians hate the free market? Isn't that supposed to take care of stuff like this?

1
paulddraper 8 months ago
Have you *seen* what's been happening to media industry? It's being destroyed.
4
citronweb Right Libertarian 8 months ago
And it is. Mainstream media are being read less and less. Even if free marker does it's job, it doesn't mean we can't bitch about things once in a while.
4
RingGiver "Extremism in the defense of liberty is no vice." 8 months ago

The media lies? Would never have guessed that.

If the words gun or firearm are said on the news I have learned to tune it out. No one knows a damn thing about them and attempt to fearmonger instead of report.

Hi skilliard7. Thank you for participating in /r/Politics. However, your submission has been removed for the following reason(s):

If you have questions as to why your post has been removed, please see here: Why was my post removed as Off-Topic?

If you have any questions about this removal, please feel free to [message the moderators.](https://www.reddit.com/message/compose?to=/r/politics&subject=Question regarding the removal of this submission by /u/skilliard7&message=I have a question regarding the removal of this [submission]%28/r/politics/comments/di7ff7/abc_news_used_footage_from_a_kentucky_gun_show/?context%3D10000%29)

CIA will lie and do anything to keep us in the Middle East. Reporting has gotten way sloppier as of lately.

Media source makes mistake, owns up to it, and corrects it.

Republicans: LOOK AT THESE CHEATS!

This tells us everything we need to know about republicans.

My guess here is that some overworked journalist decided that a stunning video was way safer than going out there in person.

Hay, are we going to start reducing travel expenses by simulating conflict zones to produce rendered graphics representing attacks? That could allow accurate coverage at long distance without polluting the air with plane travel or risking the direct exposure of journalists to warzones. The same technique could be used to represent fake data, but if organizations set up good procedures for using it properly, we can get ahead of that. The rendered versions could even provide more and better camera angles than real journalists would be able to capture.

0
YakMan2 8 months ago
Yeah everyone is ranting about fake news and propaganda and feeding the "narrative" in r/news. Just seems like it was probably more of a "GET ME FOOTAGE OF OF EXPLOSIONS OR YOU'RE FIRED" thing. Which is definitely not good, it is recklessly negligent, but it isn't as sinister as the former either. It isn't like people are having a grand old time over in Syria.
1
LowIQMod :flag-us: America 8 months ago
> The same technique could be used to represent fake data, but if organizations set up good procedures for using it properly, we can get ahead of that. Pro tip, they wont.
1
ShengjiYay 8 months ago
Some of them will, and they'll gain prestige over time for doing it right. If the tools are in the open, most of them will. If the tools are in the open and every organization that misuses them to produce fake data gets picked apart and excoriated by vengeful nerds, almost all of them will.
0
dontworryimstupid 8 months ago

Welp I guess there is no actual Syrian warfare.

Did ABC News apologize after it was known that the wrong footage was used? Because apologizing and taking responsibility for one's actions are what adults do.

How is that not horrifying? A Kentucky gunshow can be confused for Syrian Warfare.

15
ShinningPeadIsAnti 8 months ago
If you have to dishonestly edit the video to make it not look like a firing range, then it probably isn't horrifying on its own. IF we are being honest.
2
GremlinsIIGumbysBack 8 months ago
It isn’t a gun show, it’s a firing range.
8
CawoodsRadio 8 months ago
I believe this is actually a gun show at a firing range. The Knob Creek Firing Range in Kentucky holds a bi-annual machine gun shoot and gun show. They bill it as, "The World's Largest Machine Gun Shoot and Military Gun Show." https://en.wikipedia.org/wiki/Knob_Creek_Gun_Range
3
GremlinsIIGumbysBack 8 months ago
I live in Louisville. A gun show is a place where gun buyers and sellers use loopholes to swap weapons. The video in question is showing the **firing range**. Not the gun show.
2
CawoodsRadio 8 months ago
The firing range is part of a larger event that, if I am not mistaken, lasts the entire weekend. A part of that event is a gun show where they do buy and sell weapons. Now, to be fair, I don't know that these people would be able to use the same loopholes as other gun shows given that you often have to have special licenses to own these machine guns, but this is still technically a gun show. According to the wiki article: >The Military Gun Show is also a place for dealers to buy, sell and trade Class III firearms.[6] Quote their website: The Military Gun Show has drawn dealers from all over the country to buy, sell, and trade Class III Firearms. The show is set up in a large lighted pole barn adjacent to the firing line and Clubhouse. Security is on patrol at all times. Knob Creek cordially invites you to come and support your second amendment "the right to keep and bear arms."
1
DrowningDrunk 8 months ago

So? Happens. BTW ask the Florida Republican why he used a picture of a Russian warship in a Happy Birthday message to the US Navy.

The footage came from the White House, so it seems like a "fake news" setup. ABC still should have checked, especially given the dubious source.

1
soapdonkey 8 months ago
Hey, I sincerely hope this is true, do you have a source for that? I’d love to show it to my idiot trump supporting coworkers.
1
rdevaughn 8 months ago

It is possible to substitute footage of a gun range in Kentucky for a literal warzone; Republicans cannot fathom how bad this makes gun-nuts look.

This was posted earlier

5
DoctorLazlo 8 months ago
This was posted in conspiracy sub all fucking night.
3
SSHeretic 8 months ago
About 1,000 times. And it wasn't a US politics story any of those times either.
1
r_u_insayian :flag-mi: Michigan 8 months ago

Seems kinda disingenuous!? That editor is going to get fired.

17
libertyadvocate 8 months ago
Aw man, that sounds like a ton of fun but I can't imagine the bruises you'd get from something like that. I'm usually done after 10-15 20ga slugs, 30 rounds of 12ga in full auto would rip my shoulder off lol
1
RGeronimoH 8 months ago
The Glock was over before I could find the target - and it had a shoulder stock! The 12ga wasn't as bad as I thought it would be. I watched the guy before me slamming it into his shoulder while wearing a sleeveless shirt - it was bright red before he walked away. I planted my right foot back and pressed it hard into my shoulder. I kept my left hand on top of the front grip to hold it down and it was surprisingly easy to control.
2
MeatsimN64 No one is a real libertarian 9 months ago

I can't believe this is blowing up so much, it really goes to show the intellectually shallowness behind the insistence all news is fake that you especially hear from the right.

This footage was used in clips about the recent Turkish offensive, which no one is denying is happening, sometimes it appeared in the background of a segment as b-roll, other times the reporter seemingly directly refers to it. I say "seemingly" because I don't know if the voice-over where the narrator says "appears to show an attack on a border town" was live or recorded earlier, or if he was looking at the same thing thing on whatever screen he was looking at.

Its an editing mistake, there's no malicious intent here, its not like you need to fake war footage to find some visuals for the evening news after all, but everyone is acting like its proof of some horrible thing about American media.

i seen this yesterday on TD. shits crazy

How Quantitative Easing and MMT Cause Inflation

The Ownership Economy: Crypto & The Next Frontier of Consumer Software