Airborne Nitrogen Dioxide Plummets Over China
NO2 amounts have dropped with the coronavirus quarantine, Chinese New Year, and a related economic slowdown. 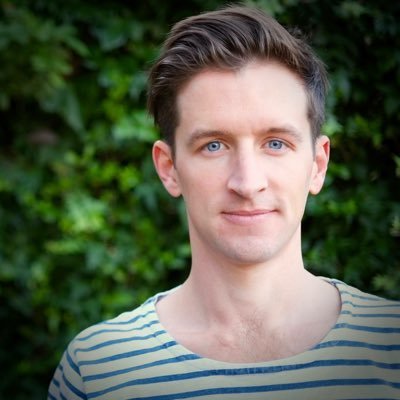 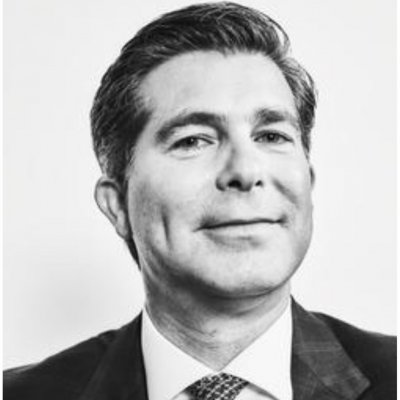 What was that about the USA being the leader in pollution? China gets sick and it plummets. Now check it vs the rest of the world

0
CptDecaf 6 months ago
Most countries have offshored their industry to China. China is also the biggest investor in green energy. Meanwhile, conservatives actively deny and fight against green energy in order to *oWn ThE lIbS*.
0
Ulnevano 6 months ago
Per capita pollution is a more meaningful number for comparison than absolute numbers. In 2016, per capita CO2 emissions in metric tons stood at USA - 14.95 China - 6.57 India - 1.57 In absolute numbers, USA is still the second largest polluter in the world.
1
Steelplate7 6 months ago
Yes, but China is doing something about it. We deny it’s even happening. By the way? We’re #2 on the list with a population much less than China. Read this article...China has committed to reducing greenhouse gases...we pull out of the Paris Accord. https://hellogiggles.com/news/who-worlds-top-pollution/
0
Hedwig-Valhebrus 6 months ago
Between 1980 and 2018, gross domestic product increased 175 percent, vehicle miles traveled increased 111 percent, energy consumption increased 30 percent, and U.S. population grew by 44 percent. During the same time period, total emissions of the six principal air pollutants dropped by 68 percent. [EPA: Air Quality - National Summary](https://www.epa.gov/air-trends/air-quality-national-summary)
11
Shnitzel418 6 months ago
This is false. I’d look for a more scientific and reputable source before parroting this BS. Fucking hellogugglesdotcom. Gtfoh
18
where_aremy_pants 6 months ago
pulled out of Paris because other countries weren’t holding up their end of the bargain no? I’m pretty sure the US met whatever yearly goals the accord had even after we pulled out. America > China
2
AlwaysTheNoob 6 months ago
>I’m pretty sure the US met whatever yearly goals the accord had even after we pulled out. And you're wrong. [https://www.pewtrusts.org/en/research-and-analysis/blogs/stateline/2019/12/16/paris-disagreement-states-split-on-climate-so-us-to-miss-emissions-target](https://www.pewtrusts.org/en/research-and-analysis/blogs/stateline/2019/12/16/paris-disagreement-states-split-on-climate-so-us-to-miss-emissions-target)
15
where_aremy_pants 6 months ago
Guess so! couldn’t remember where i heard that, probably a related but different stat i misremembered
1
Steelplate7 6 months ago
Other countries weren’t holding up their end? Where did you get this from? Even the ultra Conservative Heritage Foundation doesn’t use that as an excuse... https://www.heritage.org/environment/commentary/4-reasons-trump-was-right-pull-out-the-paris-agreement The truth of the matter is that a Trump wanted to troll the world...period.
4
ridger5 6 months ago
[Washington Post: Few countries are meeting the Paris climate goals. Here are the ones that are.](https://www.washingtonpost.com/world/2018/10/11/few-countries-are-meeting-paris-climate-goals-here-are-ones-that-are/) [New York Times: The World Still Isn't Meeting Its Climate Goals](https://www.nytimes.com/interactive/2018/12/07/climate/world-emissions-paris-goals-not-on-track.html) [The Guardian: Paris climate deal: world not on track to meet goal](https://www.theguardian.com/environment/2019/dec/04/paris-climate-deal-world-not-on-track-to-meet-goal-amid-continuous-emissions)
3
pomfrida 6 months ago
Fuck those political "news" sites should be illegal or have a big banner with "POLITICAL BIAS" written all over it. That article stinks of greed and the so-called "commenters" should be ashamed of themselves for thinking these are good reasons for the people in general. Also using earlier Heritages articles to back up on their facts is not very trustworthy. Fucking up the global environment to save some money... I feel sick.
2
GreyPool 6 months ago
That's called violation of free speech.
0
Alastor001 6 months ago
I thought it was common knowledge that China and India were / are the leaders in pollution?
43
kimmey12 Reliable Contributor - Nurse 6 months ago

This information has already been posted.

If you believe we made a mistake, please let us know.

So basicly nasa proved that china pose a huge problem for our climate. Well that's what we get people, want things and it has to be mass produced. Humans need for thing is the result of climate problem.

The traffic index in China is declining since the virus outbreack. Just check the current congestion levels of the different cities in China over the last 7 days with the average congestion figures. Very intersting data

I just woke up and thought you said "a sustained decrease in population, measured by NASA satellites". this sub has me bonkers.

8
bsavannah19 6 months ago
I did too lol glad I am not the only one haha.
2
WearyDonkey 6 months ago

It looks like production is starting back up. The air pollution is increasing. https://aqicn.org/map/china/

I have a degree in economics from a top 25 US university and have worked in financial markets for going on 8 years now (as well as doing some coding to develop financial analysis tools.)

I did not take this seriously until 2 weeks ago when we started to observe that China was not polluting. What's FAR more concerning is that they are steadily polluting LESS as time goes by. This image shows the gasses that are generated (in part) to produce electricity from coal, and in China coal is everything [they consume 50 percent of the worlds production of coal.]

These measurements indicate they are falling FAR below even subsistence levels of electricity and have remained there for over two weeks, with things steadily getting worse. What that means is they don't have heat or hot water right now, much less the ability to do anything even remotely close to opening up factories in a substantial way. The speed with which these emissions dropped was unprecedented even when looking at data from countries dealing with various other disasters [IE when we dropped the atomic bombs on Japan their productivity did not contract this much]

China has essentially disconnected from the internet, but there are some heros out there getting things out a couple times a day, probably by smuggling the video out on memory cards.

Video has come out today essentially proving that China is dealing with another Wuhan over 1000 miles away. They are NOT going to be making a damn thing for the foreseeable future and given the fact that they blew up their economy dealing with Wuhan and it is a GHOST town tells me everything I need to know. This is collapse. Additionally over the weekend two papers were submitted for publication: the first indicated that it can spread via the water supply (and one of these heros has also leaked video of people in line with buckets to get water) and the other indicates that contraction of this virus is 100 percent fatal within about 6 months. This is an extinction level event and over the next 36 hours you are going to see the US start to unravel very, very very quickly. when the US unravels the entire world financial system unravels with it.

It's not going to matter because this is the end, barring a straight up miracle.

I am worried about the online disappearance of most or all of the citizen reporters inside Hubei.

This gradual tailing off is quite disconcerting while the rest of the world is now busy with their own exploding virus issue.

With industrial production and manufacturing still largely at a standstill one wonders what’s going on there in Hubei. I don’t give any credence to their numbers.

23
ColinNyu 6 months ago
yeah, I trust trump a lot more, he’s democratically elected in a free country, he represents the will of all american people
1
small_reynard 6 months ago
They are not disappeared… Just 99% Chinese love using their own social apps…
6
PinkPropaganda 6 months ago
Why are you worried? No need to concern yourself with internal problems of China.
0
HadrianKennedy 6 months ago
Chinese people are human too... It is natural to worry for their health and well being. What a strange comment to make.
1
C3R3B3 6 months ago
I am not sure about you but when you follow someone on YouTube for months and you see them do a diary detailing their worries and concerns and in a deteriorating environment you stop hearing from them you do find it concerning. They may not be a family member or friends but they are human beings. You wish for their wellbeing.
6
squidster42 6 months ago
The implications are what is worrisome
11
Szos 6 months ago

Unfettered capitalism is not compatible with environmentalism.

That much of a decrease over just a few months? I’m not convinced.

2
INFX_TryHard 6 months ago
With the amount of travel restrictions, go to the news and look at videos of there streets, once a packed and busy financial district now looks like the start of an apocalypse with little to no one on the streets. The amount of cars that aren’t running hugely decreases the amount of CO2 in the area. Not to mention most planes aren’t running, factories, and markets are shut down temporarily.
3
barakabara 6 months ago

I imagine the earth with an internal monolog like: "So you won't stop warming? Here, I'll take care of it myself. Die puny humans"

13
Fattswindstorm 6 months ago
Isn’t that the plot to “ the happening”
1
neil_b_82 6 months ago
As a hay fever sufferer, I experience The Happening every year
2
bearlick 6 months ago

No-one's nangin because of coronavirus.

Not to burst any bubbles, but losing aerosol particulates will cause a rapid spiking in the earth's temperature. Don't take my word for it, though. Read this from Yale University-

e360: If we were to end all pollution today, how much more of an effect would that have? Samset: That’s what we tried to find out in the paper that came out earlier this year — we turned off all anthropogenic aerosol emissions from all over the world. So if you removed all our emissions today, then the world would rapidly — within a year or two — warm between a half of a degree and 1 degree Celsius additionally.

The title of your post has been edited and is sensational and/or inappropriate. Post news articles with the following format:

If you believe we made a mistake, please let us know. Thank you for your cooperation.

3
ikingmy 6 months ago
not a troll this is real. Troll would be US president saying this is fake news.
1
lardbiscuits 6 months ago

Alright, mods. Let's clean it up.

There are 6 vacant residences for every homeless person in the United States.

You really think a few months of reduced CO2 emission will have a significant effect, so that you don't have to worry about clima change anymore?