All U.S. troops to withdraw from Afghanistan under peace deal
'Conditions-based' withdrawal will be complete in 14 months if Taliban keep commitments. 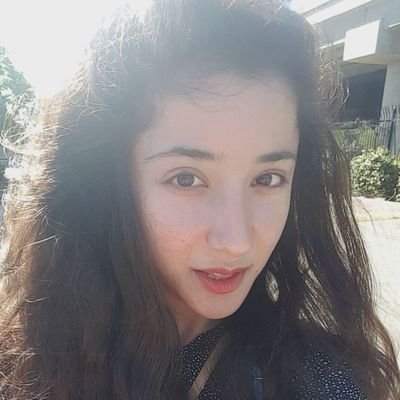 Pierre Rochard - @pierre_rochard 10 months ago
Myth: "Second Amendment weapons are useless against a modern military." Reality: All U.S. troops to withdraw from Afghanistan under peace deal. https://t.co/fltQLu1Kgy
8 38
Account_The_Fourth 10 months ago

Let’s pump the brakes on us troops leaving. There is still an 18 month process before that’s supposed to happen

I literally never thought I would see the day. I was born in 98 and all I’ve known is constant war. Seeing family and friends come back from a pointless war and the issues they personally face is heartbreaking. This should have happened so long ago

Yes please. This is all I have wanted my entire adult life. Thank you whomever is responsible.

6
reddituser1499 10 months ago
That’d be your president.
9
lemonilila- 10 months ago
I doubt it was his decision alone, but if it is I’m not complaining. This is one of the only things I’ve liked about his presidency if that’s the case
0
reddituser1499 10 months ago
I’m not saying it was his idea, in fact it wasn’t. People have been saying for a long time that the troops need to be pulled. But he’s the first one to do something about it. This isn’t a fool proof plan, if you read it there are some ifs to this equation. But it is far better than anyone else has came up with and is a major step in the right direction.
8
lemonilila- 10 months ago
I’ve been hearing it since 08 from people around me and then Obama entertained the idea sometime in his second term. I’m glad it’s finally happening and if trump gets the credit I don’t really care. I just want those troops out of there because the war is basically a financial hemorrhage. I don’t even understand the end goal, really. We’re fighting a war that you literally can’t win unless you have a dystopian authoritarian government.
8
reddituser1499 10 months ago
Absolutely.
4
89LSC 10 months ago

Seems pretty weird to make peace with fundamentalist loonies. The U.S shouldn't go on any more "police actions". If you can't commit to total war there's no point in going.

Hold on now. Not too long ago, there was a political party that said if Obama did this in Iraq or Afghanistan, it would be because he was just trying to "cut and run" from America's service men. Are we no longer playing that song?

I mean, how else can those poor poor guys in the MIC make all of that sweet sweet cash.

Now where have I heard this before

I’ll believe it when units are taken off the patch chart for deployments to Afghanistan. I bought the hype about ending the war in Iraq back in the day, and now I’m going to Iraq in 2021

So, we spend 19 years, lose many great people, and negotiate with the bad guys while leaving out the public officials. What in the ever loving fuck did we do there. Oh right, spent a lot of money fattening the bank account of corrupt fucks and the Military Industrial Complex. But those may all be lumped together.

3
StrangeBedfellows X2 10 months ago
I got 11 deployments tax free, 19 air medals, and a lot of unique experiences at least
4
CrinkledStraw Recovering Soldier 10 months ago
I understand these feelings well as someone who has spent 20 months in Afghanistan, but this was never going to end. Even with this deal it’s not truly ending. We’ll still be there. I’m conflicted over this being good or bad, but at least it means less people will be there to get hurt and die for nothing.
1
mikeusaf87 Services 10 months ago
*But those may all be lumped together.* You're right! They are one and the same.
2
johnny96816 10 months ago
Dude, my friends and I worked our ass off there. It's just fucking sad the level of stupid involved in all of this "Negotiation" bullshit.
1
Mistercleaner1 10 months ago

Im so excited for this. I pray it really means we will finally stop breaking our backs and our young people and our tax dollars on this untenable whatever it is

Good. Hope it holds and I never have to go back.

Yet another promise fulfilled at the right time. However, we will never be rid of creatures who want to tear down our country

Is it ok to say "Finally!", because we don't need to be there anymore.

Yeah I'll believe it when I see it happen, the US is addicted to war, no way this will ever happen.

Maybe I'm just slightly cynical. But I figure either it will never happen, or it will happen and the Taliban will wait about six nanoseconds before taking over from the corrupt, incompetent government there now.

I'll believe it when I see it. They better go straight home and not to Saudi Arabia or to Iran anytime soon. This was a campaign promise. Glad it's actually getting done.

What do you guys think? Was this war as pointless as it seemed to me?

12
RlrrLrll_R_L_R 10 months ago
Not responding after 9/11 would have been catastrophic.
7
ointment1289 10 months ago
Fair point. A lack of action might have been read as a sign of weaknes. That said i think maybe part of the goal was the incitement of war, and so the Bush government unfortunately may have acted according to the terrorist's wishes. I am of the opinion that the war only created more orphans and thus more terrorists. The real victims are the brave American/NATO soldiers who lost their lives (and the families left behind). Meanwhile the real winners are the Taliban who have strengthened their influence due to the war (no war = nowarlords right), plus the arms dealers and politicians/military men (on both sides) whose positions were guaranteed and salaries grew.
6
RlrrLrll_R_L_R 10 months ago
And honestly, I think history will look back on the Iraq invasion as an extension Afghanistan, in terms of it being a show of strength after an attack. You're right about the victims. But I'm not sure the Taliban come out unscathed here. Even if they take complete control of the government, the Afghanistan they had pre-9/11 is dead. That country has seen so much social change. Women there have had almost 2 decades of rights. They aren't going to go back to the dark ages again.
3
ointment1289 10 months ago
Most definitely the Taliban is not the same. I am just working on the principle that war = more power in the hands of militants = fucked up and misguided government. I hope you're right that the region has moved forward, i nust find it difficult to see the positives with my cynical worldview. Anyway take it easy.
1
user1688 10 months ago

Trump is the only modern president to try and de-escalate our wars in the Middle East, because of that I will vote for him this year.

2
zgott300 Filthy Statist 10 months ago
There are more troops in Afghanistan today than when Trump took office.
9
[deleted] 10 months ago
We will see about that in 14 months
1
shapeshifter83 Libertarian Messiah 10 months ago
After the election, conveniently.
6
John_Ibn-Smith 10 months ago

This is a good thing.

We need to end our direct engagement in the Middle East.

Homeland predicts the future again. We'll know how the real deal works out in a few episodes.

It's only going to go down from 12000 to 8600 troops within 135 days, and as stated, for the Taliban to essentially stop being the Taliban. In a few months you'll hear some excuse on how the Taliban failed to hold their end of the bargain.