Apple Card gets updated privacy policy on new data sharing and more transaction detail
Apple is updating its privacy policy for Apple Card to enable sharing more anonymized data with Goldman Sachs, its financial partner. Apple’s reasoning here is that this will make it able to do a better job of assigning credit to new customers. The data is aggregate and anonymized, and there is an opt-out for new […] 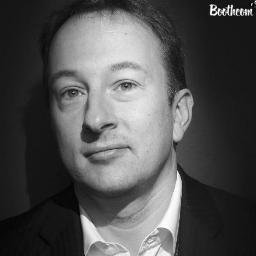 Eric Tartanson - @erictartanson 6 months ago
RT @geoffreyfowler: As someone who got — and recommended — the Apple Card largely for its privacy practices, Apple changing its data policy now feels like a bait and switch. “Aggregate and anonymized” still mean my life is feeding Goldman Sachs. https://t.co/610SNVj5iM
22 32

I’m on 13.4 but still don’t get the labeled Apple purchase history. Is there something I have to activate? Or is it just a glitch

Unless I misread point 1

6
kointhehaven :DigitalCard: 6 months ago
I think the statement is pretty vague. It could definitely be interpreted to support that point, but it could easily mean many other things. When OP says "creation of a new credit assignment model which could expand the group of users that may be able to secure credit", I read that as trying to lower standards to increase approvals. Well, maybe not standards per se, but creating other metrics to measure as a means of extending credit rather than the traditional metrics.
8
forzanapoli87 6 months ago
You know. That makes a lot more sense. Thanks!
3
selinus :PhysicalCard: 6 months ago

So what’s the benefit to not opting out of the new data sharing if you’ve already been approved for the card?

6
DMcKibbins :DigitalCard: 6 months ago
**Edit: I misread your comment. I guess the only benefit to not opting out would be that you don’t have to send an email.** Opting out will result in less of your data being shared by Apple to Goldman Sachs. This article does say that the data is aggregate and anonymized, so your specific data may not be able to be attributed to you, but it’s still your data at the end of the day. To each their own.
9
DMcKibbins :DigitalCard: 6 months ago

Originally posted the MacRumors link, but TechCrunch has far more detail. Three main points are discussed in the article:

It should be noted that users can opt out by emailing dpo@apple.com with the subject line “Apple Relationship Data and Apple Card.”