Wong Joon Ian - @joonian 1 week ago
RT @bigblackjacobin: Coinbase's refusal to specify what topics are "political" even as it pursues a political project ("creating a cryptoeconomy") means that it will likely censor political opinions that aren't shared by its CEO or the "silent majority" he claims to represent. https://t.co/ED1O8mblZf
9 25 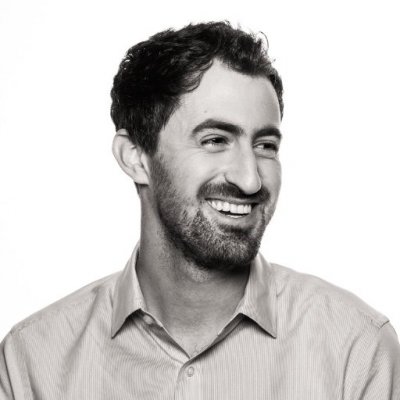 I got in a big argument with Brian over a business deal that went bad. While he was probably legally in the right, I told him that he was morally wrong.

He could have just totally ignored me after that, there really wasn't anything I could have done about the situation. However, later upon reflection, he agreed with me and gave me 10 bitcoins compensation.

Sure, I am just one person, but ever since that event, I will always consider him to have a very high level of integrity.

the same can be said about any ceo, since you can't be a ceo without bowing to your govt masters.

what have you done for bitcoin? because coinbase has certainly done lots for bitcoin.

1
tk11811 1 week ago
Remember when Coinbase was against Bitcoin when they supported Segwit2x?
1
scotty321 1 week ago

Brian Armstrong is 100% correct, and we would live in a much better world if more CEOs had the courage to follow in his footsteps.

A corporation is not a campaign rally, and a corporation is certainly not a front for the terrorist Marxist organization known as Black Lives Matter, which is a fundraising initiative for the Democratic Socialist Communist Party. A corporation should never bow down to the mob.

Some educational material for you:

0
jeremyisreal1 redditor for 3 months 1 week ago

Call him what you want, he's a huge reason why BTC is as popular as it is today. Every other website is impossible to use without intense study.

Coinbase is a necessary evil until a better company comes along, and I define better by convincing the largest portion of a group to use it.

I didn't read the article but how else can you runs bitcoin exchnage. Are you supposed to do what arthur from bitmex supposedly did, and then get arrested or would you really rather there be no centralised exchanges at all

1
harrynyce 1 week ago
You can run an exchange without censoring the thoughts of your employees. DeFi would be great, but we're not there yet. We're still working on basic adoption for the masses while the technology (hopefully) scales.
2
W944 1 week ago
>without censoring the thoughts of your employees. Yet it's okay for employees to coerce their management to follow their political groupthink? The CEO guy is allowed to not give a fuck about blm. He's just the only one open about it. No corporation gives a fuck about blm. They all put out their cucky statements to appease the mob for a few weeks and you guys eat it all up and take the pitchforks to the next village. Get over it.
1
BitcoinIsSimple 1 week ago
I'm talking about centralised exchanges because that's what's here for the most part
1
BitcoinXio Moderator - Bitcoin is Freedom 1 week ago

Downvoted for the title. With that said, I can’t imagine the struggle it is to run a giant company that is a leader in the crypto space, but basically telling all staff they can’t talk about certain topics or get fired is really the wrong way to go about things. Especially since crypto is rooted in controversy and going against mainstream ideas and regulations, it just seems whacky to push this sort of agenda at a crypto company.

4
harrynyce 1 week ago
Thank you for the thoughtful (and correct) analysis on a very complex and nuanced topic. I should have considered my title more carefully, trying to convey a certain level of emphasis without being quite so vulgar.
0
5boros 1 week ago

Oh no, a major mainstream financial institution's CEO is complying with the government, and as a result excelling at earning his investors millions. What has this world come to?

I didn't see anything outrageous in the article.

10
NilacTheGrim 1 week ago
Yeah I agree with you. TBH discussing politics at work can be very toxic and destructive. I can see why a company would have such a policy. It's like discussing religion at work too -- you're just going to end up taking a side and it will get in the way of productivity. Do it on your own time. I see nothing wrong with this at all. Corporations are totalitarian systems.. you should realize that going in to one. They are under no obligation to pay you to waste their time. If you want maximal freedom don't work for a corporation. I see nothing wrong with what they are doing.
15
dbvbtm 1 week ago

I still don't understand all the heat. Coinbase is a private company, it doesn't have to pay you to organize and participate in political events, that's not your job there. Armstrong was nice enough to offer severance pay to these workers.

This is a non-issue. People need to learn their place.

2
harrynyce 1 week ago
Yes, please shut up and sit down. Don't bother thinking for yourself, Daddy Armstrong will tell you exactly how to handle things. After all, he's nice.
0
dbvbtm 1 week ago
You are free to do what you want in your spare time. Don't disrupt the workplace with politics. When has this ever been okay?
3
smoothID redditor for 3 months 1 week ago

Damn, my manager is censoring my GTA5 gaming sessions at work. Saying it's a "distraction." WTF

1
AmazingSuperPupils 1 week ago
Yeah fuck justice and social issues. Fuck anti fascists. Me and my homies love fascism.
0
HauntingCorpse 1 week ago
I absolutely love the brainwashed nerds who use the word ‘fascism’ every chance they get.
1
harrynyce 1 week ago
You mean, Fox News attempting to terrify their susceptible viewer base with constant cries of "Antifa is coming, antifa is coming!" You love licking boots, eh?
0
HauntingCorpse 1 week ago
Lol. Are you one of the antifa bois that wears fishnets under his skinny jeans?
1
xboox 1 week ago

WTF did I just read?
Report this low quality garbage

If someone's paying you to work -- shut your month & work dummy! :)
Simple.

1
tk11811 1 week ago
Kim jong un would love it if you worked for him.
1
AmazingSuperPupils 1 week ago
The way you value labor and time is so fucked
1
harrynyce 1 week ago
More like, _"Open your mouth & work dummy!"_ Now... on your knees! /s What, you don't do **everything** that is asked of you while at the workplace? Tsk tsk, you terrible worker drone, stop trying to think for yourself. Now get back in line.
0
tamerlane888 1 week ago

Looks like some people love this guy more than Bitcoin.

1
harrynyce 1 week ago
Amazed the number of folk around here lining up to lick his boots. Color me surprised. Did I accidentally get stuck with the BCH fools, or something?
0
DJBunnies 1 week ago

OR: hes trying to run a business and really doesnt want to take a political side?

govt cuck v fence sitter? Which is which?

8
sammyb67 1 week ago
Exactly!! These pussys that say this stupid shit clearly have never run a business and by the way, try opposing Uncle Sam and see what happens to your business! Ask google, Apple, etc.
1
time_wasted504 1 week ago
The real money gives to both parties and keeps their mouth shut. Its a win/win for them
3
harrynyce 1 week ago
Except he got into the wrong business, crypto is inherently political. It directly challenges there most powerful institutions on the planet. I guess I forget just how many are just here for, __moon when? Lambo! __ and could give a shit about anything else. Different strokes for different folks, I guess.
0
time_wasted504 1 week ago
>crypto is inherently political. no, its not. Crypto is inherently maths. It is not left/right/up/down or any political persuasion
2
harrynyce 1 week ago
You're talking about specifically the technologies, while forgetting the use-cases -- it's political. You don't have to agree, it's not up for debate. Fact.
4
Phrygian1221 1 week ago
Maybe its political to you? That would explain it! I use bitcoin as a store of value and a means of payment/money transfer. Bitcoin isn't political to me.
0
harrynyce 1 week ago
You have chosen to ignore the political aspects and focus on your specific use-case, but i assure you, read the whitepaper: https://bitcoin.org/bitcoin.pdf It is definitely political. I suspect you (and your government) would almost certainly agree that it's political once you have triggered enough taxable events, but choosing to ignore it and treat crypto in the same way you might a precious metal, sure it's easy to avoid the politics... but don't try to exchange that for anything, that might become political. Again, you don't have to agree with me, but you're wrong. Also, if Cbase were to hand your information over to your government, i think that could become political pretty quickly: https://www.theblockcrypto.com/post/81458/coinbase-transparency-report-2020
1
sammyb67 1 week ago
Exactly
1
1nv1s1blek1d 1 week ago

It's like people have never worked at a corporation before. Financial services monitor almost everything you do. This is nothing new. I wouldn't be surprised if they monitored the conversations on Slack. If your employee's job could theoretically influence the market, you would want to know about it. You are working in their ecosystem under their terms. There is no trust when it comes to the money game. I am pretty sure BlackRock, Fidelity, and Goldman Sachs do the same thing.

3
rasaxar Redditor for 3 months. 1 week ago

3
Think-notlikedasheep Redditor for 1 months. 1 week ago

I hate Coinbase, but i sure as hell love when SJW's get their asses handed to them.

7
ManyArtichoke Gold | QC: BTC 39, CC 37 | TraderSubs 10 1 week ago
You would prefer to work somewhere that censors private communicate channels and asks you to remove previous posts that you made?
3
Thc420Vato 1 week ago
I ain't woke enough to answer on your question.
1
uberman - @uberman 1 week ago
I personally belive that people should not mix workplace and politics. I really cant see how that is ever going to end well.

However I also see that Slack Technologies contributed a significant sum during the 2020 election. More than 99% to one party.

That seems more than a little hypocritical.

edit -- lol, why the downvote?

PayPal to allow cryptocurrency buying, selling and shopping on its network

PayPal to allow cryptocurrency buying, selling and shopping on its network

Blockchain, the amazing solution for almost nothing