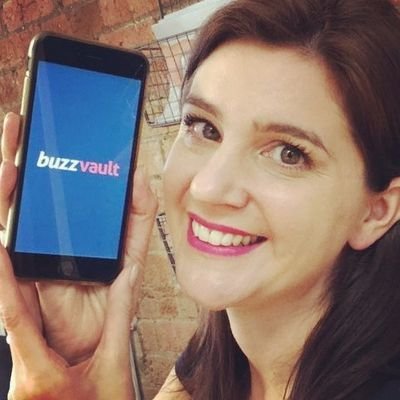 Charlotte Halkett - @charliehalkett 7 months ago
Quite the example of high-growth nonsense. https://t.co/yNYYUBXdEN
0 0 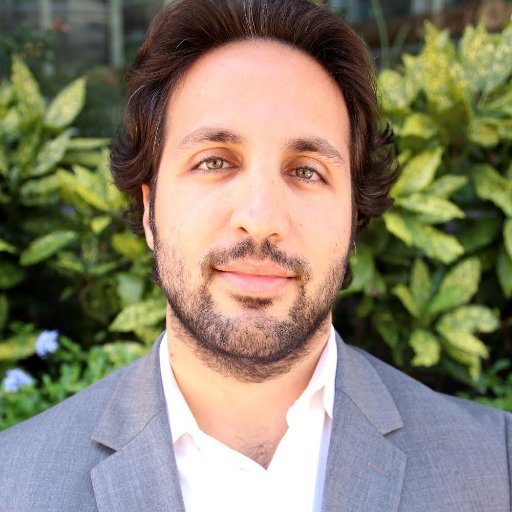 Andrea O'Sullivan - @anjiecast 8 months ago
RT @ReadMargins: This week on @ReadMargins, @ranjanxroy writes about pizza arbitrage and whether food delivery platforms make any sense at all https://t.co/oPlOlgWOyf
9 11 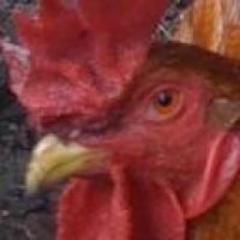 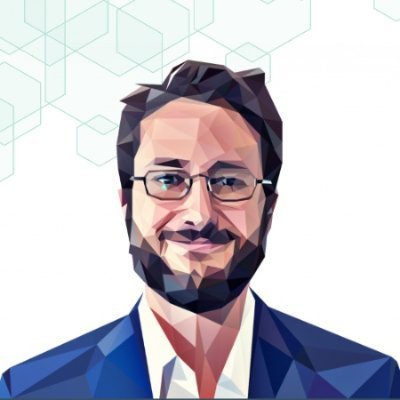 Ari Paul - @AriDavidPaul 8 months ago
Amazing quick read. Thanks @awayslice for sharing with me. /1 https://t.co/zcRkpBfID2
0 5 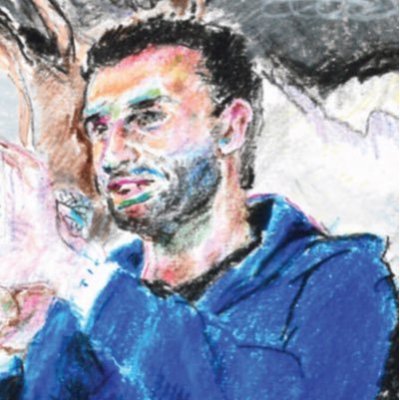 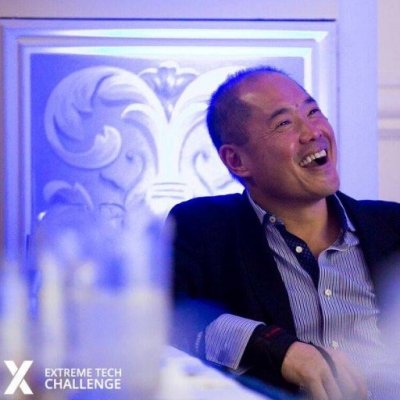 Bill Tai (KiteVC) - @KiteVC 8 months ago
Fascinating story about the evolution of business models in this era of #ZIRP. Reminds me of the first generation internet companies incentivized by sky high revenue multiples to "barter" $millions in ad purchases from each other in the 90's to show growth. https://t.co/rBMtcYTdjM
2 4 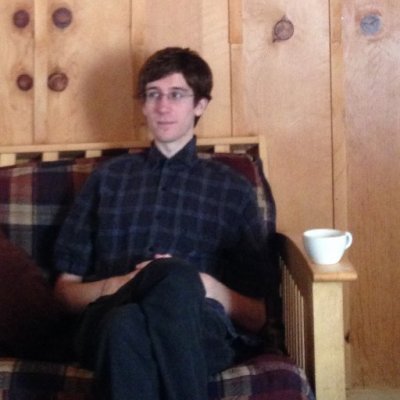 Andrew "Not cool enough for an ETH scam" Glidden - @asglidden 8 months ago
RT @TheStalwart: This story about DoorDash from @ranjanxroy is incredible https://t.co/cJMCQyk2Bh
102 287

Frank Chaparro - @fintechfrank 8 months ago
An amazing read. No one benefits from delivery apps. And they can apparently be easily manipulated. So what's the point? https://t.co/SoYHa1RVy3
0 4

Greetings, bflaminio. Unfortunately, your post has been removed from /r/nottheonion because our rules do not allow:

"Oniony" means a story legitimately seems more like satire than news at the time of posting. Not just a funny title, and not something that's weird but not a rare sort of thing. Many submissions here are more appropriate for /r/Offbeat, /r/WTFNews, /r/FloridaMan, /r/WeirdNews, /r/NewsOfTheWeird, /r/NewsOfTheStupid, /r/Funny_News, /r/WholesomeNews, /r/EverythingScience, /r/Morbidreality, a ragebait sub, or a political sub. It may also be /r/NoShitSherlock or clickbait that belongs in /r/SavedYouAClick. We don't mod those other subs so check their rules, but your post may belong in one of more of them.

For a full list of our submission rules, please visit our wiki page.

If you're new to /r/nottheonion, you can check out NTO101: An Introduction to /r/NotTheOnion for more information on our rules and answers to frequently asked questions.

This decision was made by human mods; the bot just does our dirty work. If you have any questions or concerns, feel free to message the moderators. Please include a link to the post you wish to discuss, it doesn't autofill from here.

not super oniony but a good read

Remind me to not take your DDs. You can't even research to see this is a multi-repost.

I am a bot. Is this submission violating the content guide? Vote below.

This was all very fascinating to read until you get to Note 1 at the end and realize there’s at least a reasonable(ish) explanation for all of this.

Mitch Hedberg Is up there smiling "I think Pizza Hut is the cockiest pizza chain on the planet because Pizza Hut will accept all competitors' coupons. That makes me wish I had my 1own pizza place: Mitch's Pizzeria -- this week's coupon: unlimited free pizza."

I think that this is reflective of the way a lot of dot coms have been groomed. Take Doordash. I imagine that the folks that started the company were trying to do something innovative and make some money. They get venture capital to pony up a few suitcases full of cash. The company ownership is still trying to start a company to do some good stuff, and make some money.

On the make money side they have a plan that includes their exit plan. Something that is emphasized in all the start up literature: how do you get your business up and running, and then exit with a bunch of cash.

The exit plan seems (to me at least) to pretty much involve a public stock release and sell the ownership stake in the business. Venture gets its money, and then some back. Owners make a pile. Investors get to buy in to the successful business that has not made any profit yet but, by golly, you damn well know it will.

At the end of the day venture capital has succeeded in getting the public - the investing public - to assume all of the losses for this business. The investing public including those big pension type funds that are run by smart(ish...) folks but who are not experts on Doordash's financials. The regular public folks who see an opportunity to get in on one of those damn Silicone Valley IPOs that only the rich get a chance at. Etc.

Bottom line, if you are a venture capitalist, Doordash losing money hand over fist for a few years does not matter to you. Your exit, including a damn good return on investment, is wrapped up in the IPO. You are counting on the ability to off load loss on the larger public.

I am not even sure I could attribute all of this to malice. Could just be that current venture investment strategies evolved to rely on giving it to the public in the fourth point of contact and there is not any real examination of what is happening or how.

Malice or not, the point remains that Doordash, as a corporate entity, apparently does not care about losing money. Which means that losing money does not matter to their eventual bottom line. Sure, it reams the employees, and a bunch of restaurants and customers. But that is irrelevant when you are the venture capitalist and nobody has any idea who you are or what you do.

I am a bot. Is this submission violating the content guide? Vote below.

I'm getting tired of all these paid services. You can't even go to the god damn grocery store without running into a multi layer cart completely getting in your way and blocking shelves. I fucking hate it....

I’ll pay for my own gas to go get my food thank you!

Door dash, Uber Eats and others will not get any of my money.

Okay I'm normally good at math and logic, but somehow this story making my brain misfire. Can someone help me work this obe out please.

Is this a metaphor to USA pumping infinite money to buy 16$ bond for 24$ or really just doordash doing donkey stuff.

This is kinda how stock buy backs work. LoL

Seems like the margin on the pizza is pretty healthy (at least 16 bucks) if they can spend an additional 16 dollars on top of making the pizza and still be profitable...

16
AsaKurai Cobble Hill 7 months ago
Grubhub is a scummy company and an awful business model (which is why they're scummy). I'd be surprised if they last long as a company but i'm sure Uber will buy them out in the next year or so
3
WendyMoira123 7 months ago
what is the business model? It seems to be charging additional costs for the pizza and screwing staff out of restaurant profits while increasing the number of orders
0
nsfw52 7 months ago
I mean it's shitty morally but you just described a pretty sustainable business model. Make another industry do all your work, charge a hefty margin to the end consumer as well as a delivery fee, and increase the overall volume that industry would see (while taking the profits)
1
WendyMoira123 7 months ago
I was asking someone else a question because I want their definition &#x200B; Media tells me these startups are constantly losing money to boot, but clearly...not so sustainable. I think the substack article made that same point &#x200B; The single thing they appear good at is fucking over businesses they purport to "help"
0
ShitBeCray 7 months ago

Really interesting read - thanks for sharing.

So long as interest rates are low, wealth inequality is rampant, and workers have no hopes of any government protection, this shit will continue.

Everyone should be morally obliged to exploit the VC wealth as much as possible in order to force a correction.

I've worked a few places where these services foist themselves upon restaurateurs. Fuck these companies and I hope they are all bankrupt and gone in ten years' time.

Cant it be considered fraud if people are expecting to order from a Pizza Shop A and getting pizza from Pizza Shop B?

Wouldn’t you just order them for delivery to your shop so you could return them and reorder them? You could do it with Grubhub guy present. He’d love it.