Governments and WHO changed Covid-19 policy based on suspect data from tiny US company
Surgisphere, whose employees appear to include a sci-fi writer and adult content model, provided database behind Lancet and New England Journal of Medicine hydroxychloroquine studies 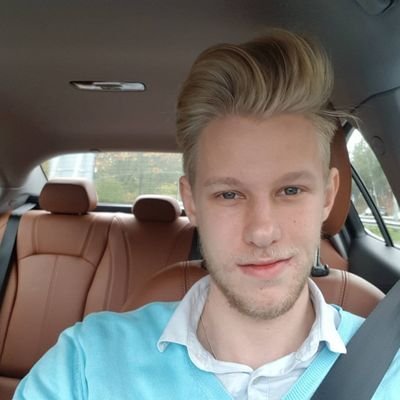 Jeffrey - @DaytradeJeffrey 3 months ago
The guardian: "Surgisphere, whose employees appear to include a sci-fi writer and adult content model, provided the database behind Lancet and New England Journal of Medicine hydroxychloroquine studies" https://t.co/ncxRuU2wOU https://t.co/GBANTofBoo
0 0 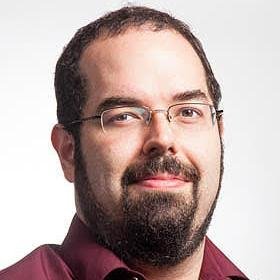 zooko - @zooko 3 months ago
RT @EconTalker: The world continues to fall apart. This is a must read of scientific fraud. https://t.co/ODxjcMIpJN
54 163
PatriotTruthSeeker 3 months ago

Ummm. Did you guys read the article, none of the claims made in the tagline of the post are validated in the article.

The article talks about how a small time company in the U.S., lead by a shady doctor, fabricated data that ended up being used in studies that WHO took seriously. There is nothing in the article about how the Democratic party has been promoting these fake studies intending to shutdown HCQ trails in a massive conspiracy to prop up the Biden campaign.

0
dancingfeet548 3 months ago
Who said the article did? There is a reason for the box when you submit a link to enter YOUR own text. If you would like to challenge my assertion I can gladly provide you the evidence needed to back up my claims. Apparently you have mistaken this app for some kind of Wikipedia where it allows you the option to add a citation after every sentence. It is truly sad how liberals are so eager to be spoon fed by some blogger living in his mothers basement.
2
socialcinema29 3 months ago
Gladly, please provide the evidence for your claim.
1
dancingfeet548 3 months ago
[The Lancet, HCL and Trump](https://www.wsj.com/articles/the-lancet-hcl-and-trump-11591226880) Edit: You can copy title and search it in your browser if it asks you to login.
2
Mtodos4 3 months ago

What kind of conspiracy heck is this?

The Democrats would let another 100,000 people die to win.

I think you missed the point of this Reddit. It's where people poke fun at Covidiots, not a place to spread the Idiocracy!!!! 😂

Hi genkaiX1, your submission has been removed for the following reason(s):

It does not reference new peer-reviewed research and is therefore in violation of Submission Rule #1. Please consider reposting in our sister subreddit /r/EverythingScience.

If you feel this was done in error, or would like further clarification, please don't hesitate to message the mods.

Other studies also show that HCQ is not a useful drug for treatment of COVID-19.

Wow.. One company had that much influence.

Welcome to r/science! Our team of 1,500+ moderators will remove comments if they are jokes, anecdotes, memes, off-topic or medical advice (rules). We encourage respectful discussion about the science of the post.

So, to sum it up, somebody in France promoted hydroxychloroquine as a covid treatment based on really suspect data, then our president with the scientific understanding of an eighth grader promoted it as a miracle drug, and a major medical journal then refuted that claim with almost certainly fraudulent data. Here's a fun quote from the editor of said medical journal five years ago:

“The case against science is straightforward: much of the scientific literature, perhaps half, may simply be untrue. Afflicted by studies with small sample sizes, tiny effects, invalid exploratory analyses, and flagrant conflicts of interest, together with an obsession for pursuing fashionable trends of dubious importance, science has taken a turn towards darkness.”

We... we live in an era of greatness, folks.

It was all FAKE.

Lancet just said 3 authors say they cannot verify the data so they retract the paper. Seems like pretty much no one can think it's real anymore.

How does a company of eleven people with essentially no scientific background manage to steer COVID care world wide with nobody fact checking until it's all published and out of the box?

5
TrackMania43 3 months ago
Because it is funded by the people who want to push more expensive medicines. HCQ is produced in huge quantities in India and it's dirt cheap. It works and has years of usage without major complications. Because Trump promoted it and India produce it, it's bad according to the self proclaimed medical experts who go around sticking duct tape on their cloths and write medic with a marker pen. Fuck these people who play politics over human lives. If it was Obama who promoted HCQ, and China produced it, it would already be distributed to the entire population without any studies.
0
8RulesOfFightClub PharmD 3 months ago
The peer review process deserves some blame. Any peer reviewer worth their salt should’ve questioned the dataset before approving it for publication.
2
legrange1 Dr Lo Chi 3 months ago
Lol The Lancet published it... Figures. Published the most garbage article of all time in it too. Not surprised that they failed on this big issue.
0
Dr-Borracho 3 months ago

The kiss of death for HCQ was for Trump to support it. Suddenly it has to be poison according to the so-called 'progressive' establishment. Surgisphere is literally a scam based on exploiting Trump Derangement Syndrome. And people died because of it.

Why is the full globalist apparatus (media, politicians, academia) fighting HCQ? Because they want more people to die.

There's a global data scam with #COVID19. A company that "came out of nowhere". Countries have based policies on it. WHO changed its HCQ policy. Lancet has published studies. The CEO is a Gujarati who has now deleted his Wikipedia page.

A search of publicly available material suggests several of Surgisphere’s employees have little or no data or scientific background. An employee listed as a science editor appears to be a science fiction author and fantasy artist. Another employee listed as a marketing executive is an adult model and events hostess.

The company’s LinkedIn page has fewer than 100 followers and last week listed just six employees. This was changed to three employees as of Wednesday.

While Surgisphere claims to run one of the largest and fastest hospital databases in the world, it has almost no online presence. Its Twitter handle has fewer than 170 followers, with no posts between October 2017 and March 2020.

Until Monday, the “get in touch” link on Surgisphere’s homepage redirected to a WordPress template for a cryptocurrency website, raising questions about how hospitals could easily contact the company to join its database.

Desai has been named in three medical malpractice suits, unrelated to the Surgisphere database. In an interview with the Scientist, Desai previously described the allegations as “unfounded”.

In 2008, Desai launched a crowdfunding campaign on the website Indiegogo promoting a wearable “next generation human augmentation device that can help you achieve what you never thought was possible”. The device never came to fruition.

Desai’s Wikipedia page has been deleted following questions about Surgisphere and his history, first raised in 2010.

Yeah, but Trump said the drug works so it must be false!! Quick, throw the scientific method out the window so we can discredit him faster!!

3
macinjosh - @macinjosh 3 months ago
Just a few weeks ago I was lambasted on HN for saying these Lancet studies shouldn’t be relied on. I was told that I am not an expert and that I should be humble and just accept the science. Ha.