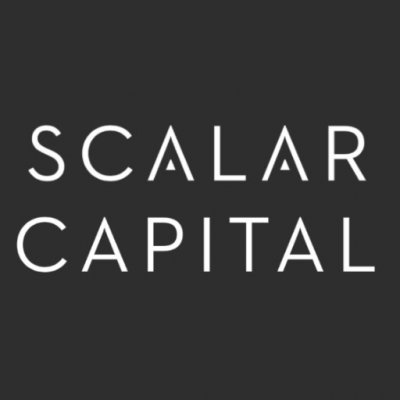 Scalar Capital - @scalarcapital 8 months ago
RT @jcliff42: 1/ An underappreciated feature of the Lightning Network is that it is not a fixed idea, but rather can and will evolve and grow. One proposed improvement that I’ve become interested in is called Eltoo, which was outlined in a 2018 paper https://t.co/EpBx0mCvtg.
2 8 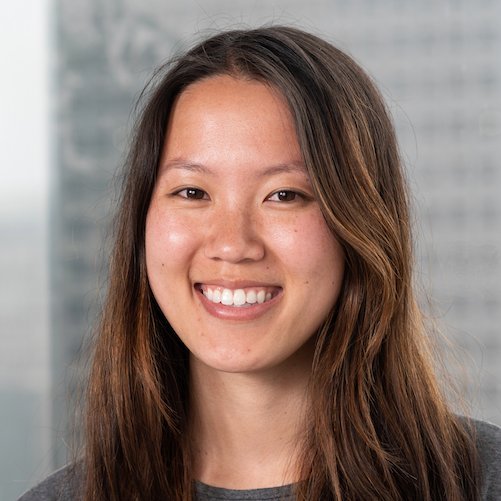 Linda Xie - @ljxie 8 months ago
RT @jcliff42: 1/ An underappreciated feature of the Lightning Network is that it is not a fixed idea, but rather can and will evolve and grow. One proposed improvement that I’ve become interested in is called Eltoo, which was outlined in a 2018 paper https://t.co/EpBx0mCvtg.
2 8
caulds989 2 years ago

The development of eltoo is an admission that "Lightning is no good"?

Was the blocksize increase an admission that the entire underlying bitcoin protocol was "no good"?

Since when are updates and improvements to make the system better considered a bad thing?

I ordered stickers on April 4. Still nothing.... Come on blockstream!

May 29, 2015 https://bitcoinmagazine.com/articles/blockstream-starts-development-lightning-network-1432931728/ And now we're in beta, working on major bugs. Speed of light, boys

This is an upgrade to the lightning network. God you guys can be dense.

Curb your enthusiasm. This needs a soft fork to work

Anyone working on internet products need to think infinity anything less is limited thinking.

If you understand the paper, would you mind sharing the essence of this new paper? In which concrete user scenario will the new solution provide which advantage?

By now nobody in this thread could give an explanation. Thanks.

No understandable summary yet, also /u/Rannasha 's tl;dr leaves a question open about what is really new in this new proposal.

I hope someone can really present the essence of this new solution in few comprehensible words.

There is a lot of focus on the lightning network, but what eltoo is has nothing specifically to do with lightning. It is a mechanism which resolves a series off of chain transactions on chain without publishing the entire series, just the beginning and end points. This will be an important tool for any off chain layers, lightning is just one of them.

So does this mean that online monitoring of an open channel is no longer required?

1
Amichateur 2 years ago
> So does this mean that online monitoring of an open channel is no longer required? Nobody in this thread has explained what is really new about this proposal, but certainly it will always be necessary to monitor the blockchain online, by principle, because the blockchain cannot know how many further transactions happened off-chain after the LN channel state that was settled to the blockchain. So it is unclear what this new solution really brings as improvement to the table. A tl;dr is still missing. The one tl;dr available by now is not providing an answer.
3
throckmortonsign 2 years ago
> The watch-tower no longer needs to hold a canned response for any possible misbehavior from the counterparty (including HTLCs from older states, commitments, ...), it only ever needs to hold the latest update and settlement pair (with the currently active HTLCs), and it can discard any prior set of transaction when a new one is agreed upon. This makes the storage requirements on the watch-tower linear in the number of attached outputs to the settlement transaction, i.e., constant for most cases. From cdecker in another thread. Basically this allows counterparties in the LN to preagree on the punishment transaction so that they only need that most recent state, not all previous ones (if I understand correctly, I'm still processing it).
3
Amichateur 2 years ago
Ok, if all remains in principle the same in terms of attack scenarios and punishment, and this is just an implementation efficiency improvement for the watch-tower, such that surveillance of huge amounts of LN channels becomes cheaper, then this is a good thing. Then it should be summarized exactly like this, so that it is comprehensible by everybody (but probably experts have difficulties to speak generally comprehensible language, in most fields): "This solution reduces the memory consumption and hence the cost of watch-towers observing the blockchain for fraudulent settlements (=settlements of obsolete LN channel states)." As simple as that. If I understood correctly. Thanks.
1
lte13 2 years ago

Layer 2 protocols are a form of smart contracts between a fixed set of participants, that negotiate contract state changes locally, only involving the blockchain in case of dispute or final contract settlement.

I've been telling people that Lightning Network will only faciliate fractional reserve banking and now you have them pretty much stating it in the paper. This isn't that much of a change though because this is something that obviously was highly requested from the people that supported Lightning in the first place.

Lightning hubs are the new banks.

I'd say if there was ever a lightning dream team, those three are it.

The tldr that people are asking for: This proposal aims to address an issue with LN where a user could broadcast an old version of the settlement-transaction to the network, rather than the latest version. LN combats this by including a timelock on unilateral settlements and offering the opposite party to claim all funds in the channel when someone attempts to broadcast an old channel state.

This article proposes a new solution where each update of a channel has a sequence number and this sequence is binding.

The proposal would require a soft fork which would have relatively small impact on those not updating.

How many fuck ups do bitcoin core/blockstream think they deserve?

Not sure if people are aware but iptables is a very popular firewall for linux and it was made by rusty.

TL;DR? What is this thing?

And when that fails, they'll create R2-D2, and then have a copyright fight with Disney.

I like how you describe devs as “very trustworthy blockstream”

7
Hermel 2 years ago
Who are the not so trustworthy blockstream people? Maxwell?
1
fortunative 2 years ago
Maxwell doesn't work for blockstream anymore
1
DiddlerOnTheRoofie 2 years ago
Rusty Russel did a lot of work on linux networking programs like iptables. He knows his stuff.
2
solitudeisunderrated 2 years ago
I’m just pointing out the fact that your use of words suggest there are untrustworthy devs. This is political language. A proposal, idea, code, algorithm can be good or bad. When you start calling devs trustworthy, that is akin to political propaganda.
24
DiddlerOnTheRoofie 2 years ago
That was not my intention. All I was trying to say was that I am familiar with Christian Decker and Rusty Russell their coding and they are good coders.
1
SuperGoxxer 2 years ago
"trustworthy" is an adverb. You are the one making it political.
1
Pust_is_a_soletaken 2 years ago
I trust roasbeef and his code. I don't trus Jeff Garzik and his code. I feel I have good reasons for this. Do you consider this statement "political propaganda"?
2
solitudeisunderrated 2 years ago
No popaganda: “Roasbeef’s proposal is strong because such and such, this is bullish” Yes propaganda: “I trust roasbeef so his proposal is bullish news”
4
Pust_is_a_soletaken 2 years ago
I don't read a lick of code. How am I supposed to discern whether the proposal is strong/feasible/realistic/etc? I think you need to face it that for us non-technical people it's a matter of figuring out who is trustworthy.
2
solitudeisunderrated 2 years ago
That’s ok. But you have admit the fact that when a nontechnical fan promotes an idea without understanding it, it is essentially propaganda.
4
Pust_is_a_soletaken 2 years ago
Hmm... I'm honestly not sure. Am I a propagandist for saying "bitcoin will help scale with layer-2 solutions like Lightning". Even though at a technical level I barely have a clue how it actually works?
1
solitudeisunderrated 2 years ago
When somebody asks you to explain why and your answer is to appeal to technical authority then you are doing their propaganda. The authority may be right but it’s irrelevant. What we must understand is appealing to authority is not an argument and any such behavior is essentially political propaganda.
4
Pust_is_a_soletaken 2 years ago
I've had the conversation with friends IRL a few times. I don't really ever need to appeal to authority directly I don't think. I can explain what lightning does, just not exactly how it does it. I've found (non-technical) people don't really care about the how, just the what. I do not feel like I am participating in propaganda during these conversations.
1
UninhabitedSoapsuds 2 years ago
Your point is a little political don’t you think? A dev can indeed be trustworthy, actually it is quite important their reputation is trustworthy, usually decided upon by previous actions.
2
Bitcoin_21 2 years ago
this. the code and usefulnes must (will) speak for itsself.
8
baronofbitcoin 2 years ago
Do you think CW is trustworthy?
0
solitudeisunderrated 2 years ago
You mean Craig fake satoshi Wright? He has not even devved one line of code in his line. Why the heck do you even bring him up?
8
coinjaf 2 years ago
Jeff Garzik? Gavin Andresen? Tom Zander? That French miracle boy? Vitalik? I'd be out of Bitcoin real quick if any of them amateur scammers had anything to do with Bitcoin.
1
BecauseItWasThere 2 years ago
It is fairly bloody clear that Jeff Garzik is untrustworthy. This is not a political statement.
3
sciencetaco 2 years ago

Any simple descriptions of what this does? Seems to be an alternative approach to punishment-based incentives that Lightning Network currently uses?

10
DiddlerOnTheRoofie 2 years ago
It makes Bitcoin better by improving the Lightning Network. edit: Why am I getting downvotes? Read the fricking paper! It fixes the watchtower problem that LN has. What is wrong with you guys? If you don't understand documents like this then anybody can tell you anything and you will believe it.
0
BashCo 2 years ago
You got downvoted because you gave the vaguest possible answer to legitimate questions. Then you started getting belligerent instead of actually answering the question. If you don't know the answer, then let someone else comment instead.
14
DiddlerOnTheRoofie 2 years ago
Fair enough.
2
WalterRyan 2 years ago
He just wanted an ELI5 on how that improvement works. "It makes Bitcoin better" is not an explanation, and your edit is pitiful.
28
torusJKL 2 years ago

The fact that the LN is not a good scaling solution aside it looks like this new settlement (drop-in) algorithm is a good improvement.

It removes the need to wait if you close the channel and it also hundreds people accidentally broadcasting an old state and lose their money.

5
berkemy Redditor for less than 2 weeks 2 years ago

Core are like onions. They both have layers. Lots and lots of layers.

The Government Can Afford Anything It Wants

India May Be Starting Its Biggest Bitcoin Bull Run Yet

Brian Armstrong on The Future of Crypto