https://www.cnbc.com/2020/03/23/cdc-coronavirus-survived-in-princess-cruise-cabins-up..
The coronavirus survived for up to 17 days aboard the Diamond Princess cruise ship, living far longer on surfaces than previous research has shown, according to new data published Monday by the Centers for Disease Control and Prevention.

Michelle Varron - @michellevarron 10 months ago
RT @DrEricDing: RNA fragments not infectious - “new coronavirus can survive on surfaces for up to 17 days, says CDC... was identified on a variety of surfaces in cabins of both symptomatic and asymptomatic infected pax up to 17 days after cabins were vacated..." #COVID19 https://t.co/K1oj9o5u9z
66 86 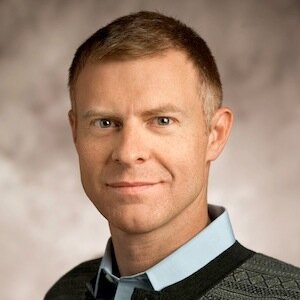 Martin Green - @marting 10 months ago
RT @michaelmina_lab: FYI. This article headline is wrong. CDC is NOT saying #COVID19 virus survives >17 days on surface. Just that the viral RNA is DETECTABLE for at least 17 days. That’s like saying that detecting DNA on a piece of hair post Morten means person is alive https://t.co/B6NS2b53zn
55 170
akimkm077 9 months ago

I’m sorry but I can’t stress this enough so I decided to make a little research and give people the latest studies on how to protect themselves because no one told me and now, I and my family are infected with the coronavirus. IF you decide to go outside for any reason, once you get home ALMOST ALL people won’t sanitize the cloaths and all the objects that they bring with them. I mean, how could they? It’s not like everyone should start pouring alcohol on all the things they get in contact with. A new analysis found that the virus can remain viable in the air for up to 3 hours, on copper for up to 4 hours, on cardboard up to 24 hours and on plastic and stainless steel up to 72 hours. This study was originally published in the preprint database medRxiv on March 11, and now a revised version was published March 17 in The New England Journal of Medicine.

But there is a way better way to deal with this problem and I will explain how to sanitize any object or thing under 1 MINUTE. The simple answer is UV light.

Because UVC rays have the shortest wavelength, and therefore highest energy, they are capable of killing bacteria and viruses, also called pathogens. UVC light has a wavelength of between 200 and 400 nanometers (nm). It is highly effective at decontamination because it destroys the molecular bonds that hold together the DNA and RNA (COVID-19) of viruses and bacteria, including "superbugs," which have developed a stronger resistance to antibiotics.

A study that included 21,000 patients who stayed overnight in a room where someone had been previously treated found that sanitizing a hospital room with UV light in addition to traditional methods of cleaning cut transmission of drug-resistant bacteria by 30%.

This is partly because UVC light can effectively sanitize hard-to-clean nooks and crannies. UVC light also works by destroying the DNA of pathogens, which makes it effective against "superbugs."

But is it safe for humans?

Well, no and yes…

Recently, however, researchers have been working with narrow-spectrum UVC rays (207-222 nm). This type of UVC light kills bacteria and viruses without penetrating the outermost cell layer of human skin.

A 2017 study showed that 222 nm UVC light killed methicillin-resistant Staphylococcus aureus (MRSA) bacteria just as effectively as a 254 nm UVC light, which would be toxic to humans. This study was repeated in 2018 on the H1N1 virus, and narrow-spectrum UVC light was again found to be effective at eliminating the virus. This has particularly important implications for public health since the possibility of non-toxic overhead UV lighting in public spaces could drastically reduce the transmission of diseases and keep you and your family safe.

What does this mean for you?

It means that for example, you can go buy groceries carefree and once you come home, you can sanitize your clothes and any other items you suspect that might contain the coronavirus on them.

Killing bacteria and viruses with UV light is particularly effective because it kills germs regardless of drug resistance and without toxic chemicals. It is also effective against all germs, even newly-emerging pathogen strains.

How to use a UV light to kill germs at home

Sanitizing wands allow you to wave UVC light over anything you might want to disinfect, including counters, bedding, and steering wheels. The wands can be used anywhere, claim to work within seconds, and are often marketed to people that are concerned about things like sanitizing objects like your clothes, phone and any other object in their surroundings.

So even though you don't trust the safety of UV light for your skin, although the science is very clear (and yes, almost always is better to rather wash your hands), you can use the UV light to sanitize for all objects in your house and around you.

theory of conservation of mass applies.

1
Btotherest 9 months ago
Thanks for clearing that up!
1
dc2b18b 10 months ago

This test shows that they found fragments of RNA after 17 days. If you were to completely disinfect these surfaces and run the same test, it would still show as positive, even though the virus has been mechanically destroyed and no longer poses a threat.

It would be like cutting up a human into a hundred pieces and then running a test that shows the pieces of a human are still detectable. Like yes, the pieces are still there, but they can't do anything.

1
faab64 10 months ago
don't they used the RNA to find out how long the virus was alive?
1
unRealityEngineer 10 months ago
>*Correction: This story was updated to reflect that SARS-CoV-2 RNA, not live virus, was identified on surfaces in cruise ship cabins up to 17 days after cabins were vacated on the Diamond Princess.* Well... As you might see, the story was changed between the time some of us read it.
1
RedditFeddish 10 months ago

well, yeah. its an airborne persistent biological agent that has a spike protein that enters like HIV and incubates for extended periods of time.....ITS DOING JUST WHAT IT WAS DESIGNED TO DO!! CRAZY FUCKING CHINESE SCIENTIST - OR ANY SOCIETY OR SCIENTIST THAT WORK ON CRAP LIKE THIS!!! FUCK YOU!!!

Rna is not the virus itself though its more like a leftover often found in feces.

4
evoltap 10 months ago
So dead virus bits, right? Misleading click bait in that case
2
BackgroundLake2 10 months ago
Still, is that good? Their ships are still covered in shit, 17 days later?
2
Hautla 10 months ago

Curious about the temperature, humidity and air flow.

1
faab64 10 months ago
Yeah, I am looking forward to know more about this, because this can be a very very bad news for hotels. buses and airplanes too!
2
unRealityEngineer 10 months ago
Exactly.
2
root54 10 months ago

That's not the takeaway. Partial RNA and live virus are not the same thing.

14
undercoverace002 Kingston 10 months ago
They’re still trying to figure out if people could have been infected by coming into contact with the infected surfaces though.
0
gibsonblues 10 months ago

<<Correction: This story was updated to reflect that SARS-CoV-2 RNA, not live virus, was identified on surfaces in cruise ship cabins up to 17 days after cabins were vacated on the Diamond Princess.>>

All the way to the bottom of the page. So there's a hint here there's a dfference between "live virus" and just the RNA, but the media doesn't address this and would rather scare the shit out of you.

ABC calls is "traces"... what's the answer? I have no idea... but there's a difference and they won't ask an expert and just tell us the truth.

It lasts about 3 days on plastic and stainless steel

This is a very tenacious beast we are dealing with here.

3
rci22 10 months ago
It didn’t live for 17 days like the article claims. It was just the leftover RNA being identified
1
TheKolbrin Mod/Watcher 10 months ago
I saw an early paper (Chinese) that stated that under optimal conditions it was viable for up to 24 days on surfaces. I went to look for it a week or so later and it disappeared. I figured either they got it wrong and had to retract or it was correct and too scary to contemplate. This 17 day report leads me to believe the latter. Beast, indeed.
7
xxoites 10 months ago
It is supposed to be with us for eighteen months so hang onto your hat.
3
Sally_C 10 months ago

This is an inconvenient truth that will probably be lost.

No it doesn’t. It says they detected RNA of the virus, not that he virus was still viable. The headline is 100% clickbait.

I read that this is the rna of the virus. I don't think it has the same impact as a a healthy virus.

Wiki says it can still infect people but might not be to the same extent.

2
[deleted] 10 months ago
[removed]
0
User9236 10 months ago
Amazing. I genuinely hope you find some peace in life or put some effort into positive personal growth.
3
mrmkenyon 10 months ago

That's just bad reporting. The living virus (that can infect you) is different from (dead) viral RNA. The RNA will last on surfaces for 17 days, but that's not the issue

A 2-3 week national quarantine is worse than keeping people going to work, bro.

We’re still in round 1

lol @ your username...that’s some nasty ass shit if possible though. Gonna have to deep clean these new shipments.

So it would seem that even the belief of 9 days was not extreme enough !

1
robocat - @robocat 10 months ago
Would asymptomatic crew be a more likely vector between the voyages?

This is a respiratory disease: don’t ignore touch as a vector but surely the vast majority of transmission is via the air?

“SARS-CoV-2 RNA was identified on a variety of surfaces in cabins of both symptomatic and asymptomatic infected passengers up to 17 days after cabins were vacated on the Diamond Princess...”

Presence of RNA does not necessarily mean it’s a viable virus.

Havoc - @Havoc 10 months ago
Damn. That will significantly lengthen any sort of quarantine I suspect.
cmurf - @cmurf 10 months ago
Source: https://www.cdc.gov/mmwr/volumes/69/wr/mm6912e3.htm?s_cid=mm...

SARS-CoV-2 RNA was identified on a variety of surfaces ...

I guess we don't know from this data whether these are fragments or are intact and communicable?