zooko - @zooko 1 year ago
RT @ISPAUK: @mozilla is nominated for the #ISPAs #InternetVillain for their proposed approach to introduce DNS-over-HTTPS in such a way as to bypass UK filtering obligations and parental controls, undermining #internet safety standards in the UK. https://t.co/d9NaiaJYnk https://t.co/WeZhLq2uvi
42 61 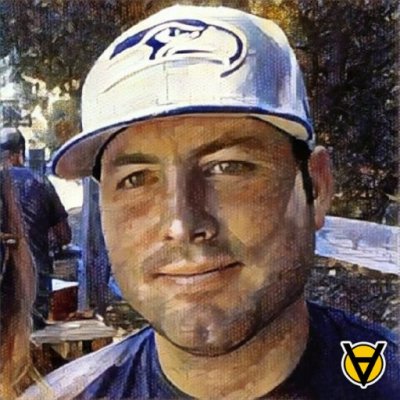 Daniel Ƀ - @csuwildcat 1 year ago
If ISPAUK calls @Mozilla a villain for this security feature, just wait until they see what decentralized identity has in store. Decentralized identity will shroud our exchanges in a veil of darkness, restoring to us the rights declared in the 4th Amend. Contra omnes principes! https://t.co/hjXnV4IRp1
0 4
beep43 1 year ago

Mozilla fell in my estimation when they ousted Brendan Eich from his own company for being pro-life on his own time. And now if you try to use Bing, they tell you it's unsafe or a virus or somesuch, I forget how they put it.

Remember when Mozilla caved to the left and fired a man for donating to republicans? Ya that appeasement never works.

Lol Mozilla is a villain for bypassing governing filters.

Something about giving up a bit of liberty for security deserves neither....

Internet villain? Why? Because he uses Twitter to speak his mind? Gtfo

3
koavf 1 year ago
That's how I found it.
1
LayedBackGuy :nightly: 1 year ago

Helping prevent censorship makes you a Villain? I'm rooting for Lex Luther/Mozilla then!

If Mozilla's a villain, then I guess I'm a proud supporter of internet villainy.

I kinda hope Mozilla wins Internet villain because that means more people becoming aware of what Mozilla is really doing instead of ISPA saying "they're overriding our censorship".

Did the big G have any influence over this at all?

I've got to say, the reason behind Mozilla's is introduction on the villains list doesn't make me think Mozilla is a villain at all. Getting around the UK's parental control system is hardly villainous

Mozilla – for their proposed approach to introduce DNS-over-HTTPS in such a way as to bypass UK filtering obligations and parental controls, undermining internet safety standards in the UK

Can we distribute a way of showing disdain for the 'ISP association'? Really though. Mozilla is more evil than Donald Trump? Granted I don't hate the guy(I have my personal opinion of him) but I did Nazi Mozilla being worse than 'Hitler'.

Mozilla – for their proposed approach to introduce DNS-over-HTTPS in such a way as to bypass UK filtering obligations and parental controls, undermining internet safety standards in the UK

5
Rexogamer 1 year ago
If anything I’d think Mozilla supporting freedom is a good thing?
1
m1crodose 1 year ago
nothing new, the bad guys will always call the good guys the bad guys
1
koavf 1 year ago
Yes, it is.
1
manithree 1 year ago

Some people (including me) would consider mozilla's efforts to allow users to bypass government censorship a hero thing.

31
rankinrez 1 year ago
The issue is removing control from people setting where their DNS goes. Once you could set the DNS for your system and know that’s where your queries (and therefore browsing data) went. Now you have apps that will ignore what the network settings or local PC settings say, and send your private browsing data without your knowledge to a third party. I use Firefox all the time, I value my privacy and *do not* want to tell Cloudflare every site that I visit. There is also the issue of centralization: https://twitter.com/powerdns_bert/status/1146057034430738432?s=21 Still though it’s a bit much calling them an “Internet Villin”. Mozilla has been a champion of open and free internet and even if I disagree on this one I can see why they want to bring it in. Encrypting the DNS is a good thing, even if I feel their approach is flawed.
3
manithree 1 year ago
>The issue is removing control from people ... &#x200B; >There is also the issue of centralization ... &#x200B; Uh, no. The issue that earned them a nomination for a "Villain" award was clearly stated in the article, and it's neither of those. It's about UK government censorship. &#x200B; And if you're going to say that an optional feature in Firefox gives me less control over my system, you should probably back that up with some actual facts, besides "censorship is OK when I agree with it."
0
rankinrez 1 year ago
I’m just outlining the negatives of this move. The issue is definitely the same. Mozilla is taking the control of DNS away from network and end system admins. Sure the ISPs are using the current control they have to comply with the censorship rules, but the issue is the same as I outlined. And don’t tell me the little bar with “ok I got it” represents a real *choice* for the average user (who doesn’t know what DNS is.)
1
qznc_bot2 1 year ago

1
readyp1 - @readyp1 1 year ago
It says in the link that Mozilla was nominated "for their proposed approach to introduce DNS-over-HTTPS in such a way as to bypass UK filtering obligations and parental controls, undermining internet safety standards in the UK".

So... for circumventing censorship, then?

Contract for the Web:

> [Governments will] Keep all of the internet available, all of the time

> So that no one is denied their right to full internet access.

> So everyone can use the internet freely, safely and without fear.

> So people are in control of their lives online.

ljm - @ljm 1 year ago
And how important is ISPA.org.uk? If you’re up to date with our government’s ideas about internet censorship (aspirational to China, in a nutshell) then this org and post has no credibility.

The UK government has a serious axe to grind against any aspect of the internet they don’t like. They are trying to censor in their favour, using children as an excuse.

DNS over HTTPS is a thorn in their side. But of course, never mind Google and GDPR, they don’t give the slightest shit about any of that.

Never mind that DNS over HTTPS enhances the security of their own digital gov. movement.

DoctorNick - @DoctorNick 1 year ago
I have to give them credit; because of this article, I found out that Firefox now supports dns over https and I just enabled it in my browser. Thanks!
dmix - @dmix 1 year ago
If the future internet is going to look anything like how their site looks I don’t want any part of it:

lgierth - @lgierth 1 year ago
If I were in an ISP's shoes, I'd be thankful for Mozilla to neutralize the legal attack surface which apparantly is running DNS for customers.
nathancahill - @nathancahill 1 year ago
Mozilla should use this in ads. Like Snowbird's 1-star ad campaign [0]

realshowbiz - @realshowbiz 1 year ago
Considering my past personal experiences with IPSs, Mozilla must be doing something right.
nine_k - @nine_k 1 year ago
ISP Association makes a controversial move, gets publicity.

Mozilla gets a controversial nomination, also gets a bit of publicity.

News outlets have a bit more to write about.

In a cynical way, it's a win-win situation.

It also somehow resembles me a move by a n acquaintance of mine, a professor, who wrote to his students something like: "We recommend to use [this list of expensive textbooks]; the use of free textbooks available at [list of URLs] is not officially endorsed." Because, you know, want to let the students know about the free textbooks, but can't do so in a positive way.

dredmorbius - @dredmorbius 1 year ago
Since we're also talking about OpenWRT[1], you can enable DNS-over-HTTPS via DNSMasq for all software and devices on your LAN.[2]

dredmorbius - @dredmorbius 1 year ago
And: ISP A&A have donated what would have been their ISPA membership fee to the Mozilla Foundation:

judge2020 - @judge2020 1 year ago
Wait till Google pushes the Chrome update that includes the UI for enabling DoH. Google Chrome already supports DNS over HTTPS (just the UI is not available on non-mobile)[0] and they're working on eSNI[1].

rocky1138 - @rocky1138 1 year ago
After reading their reason, I would like to say to Mozilla: keep up the good work.
apsdsm - @apsdsm 1 year ago
On my phone this website throws up a giant banner over the bottom 30% of the screen telling me I have cookies disabled and that I really do need to turn them back on please.

Riiiight. Moving on then...

kangnkodos - @kangnkodos 1 year ago
Where is the great firewall of China on the list of villains? Surely that is doing more harm than Mozilla.
sys_64738 - @sys_64738 1 year ago
DNS over https is coming to Chrome shortly:

wmf - @wmf 1 year ago
In other news, Mozilla names all ISPs Internet villains.
pixxel - @pixxel 1 year ago
Noob question, if I may. I have Cloudflare's 1.1.1.1 enabled on my devices via each device's own network settings. How does enabling Firefox's "Enable DNS over HTTPS" at browser level factor into things? Is one ignored or conflicted?

Firefox's Cloudflare DNS Resolver* collects less data than 1.1.1.1. Would be nice to use Firefox's Resolver at system level, heh.

amatecha - @amatecha 1 year ago
At the risk of sounding a bit sensationalistic, I think any org that calls Mozilla an "Internet Villain" just instantly loses any credibility to discern the hero/villain status of any other organization in the future :P
lone_haxx0r - @lone_haxx0r 1 year ago
Obviously, they are not stupid enough to really believe this. There are evident political interests in this nomination, but it's still amusing how they're saying it with a straight face.

I'm sorry for breaking my composure, but I'm laughing my ass off at these people. 10/10.

jchw - @jchw 1 year ago
Hmm, maybe Mozilla should nominate the ISP Association for something similarly flattering given how absolutely absurd a conviction this is.
preinheimer - @preinheimer 1 year ago
The Net interprets censorship as damage and routes around it.

Close this as "works as designed".

This will be great in dictatorships, where anything the dictator doesn't want you to see is censored.

ipsum2 - @ipsum2 1 year ago
Wow, this got flagged off the front page really quickly, even though it has 183 votes in the last 2 hours.
ddingus - @ddingus 1 year ago
Great!

I am in the process of returning to Mozilla as primary browser.

Mindwipe - @Mindwipe 1 year ago
It's worth noting that IPSA has a complaints procedure open to customers of their member ISPS.

I'll certainly be making a complaint about their board tomorrow.

black6 - @black6 1 year ago
> Mozilla – for their proposed approach to introduce DNS-over-HTTPS in such a way as to bypass UK filtering obligations and parental controls, undermining internet safety standards in the UK

In other words, for keeping the Internet true to its philosophical roots—to transmit information from A to B, regardless of the number or complexity of steps in between.

pyuser583 - @pyuser583 1 year ago
Donald Trump is a villain because of his stance on Huawei? They can’t think of a better reason?

The one Trumpian stance that could easily have come from Barack Obama or Hilary Clinton?

denkmoon - @denkmoon 1 year ago
Two bit circlejerk group gets their knickers in a knot because Mozilla respect their users.