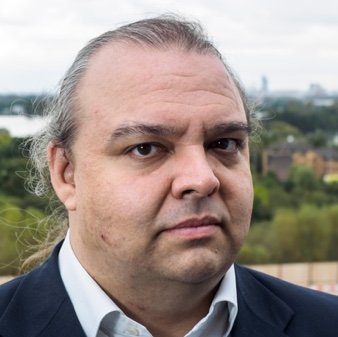 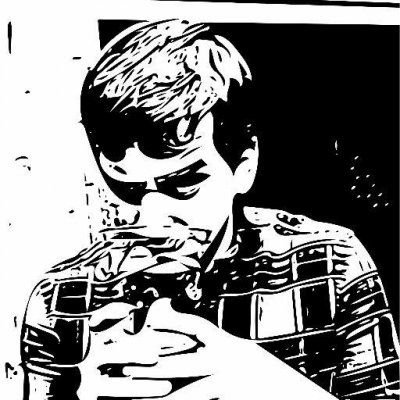 Eric Scrivner - @etscrivner 2 days ago
Computers are getting slower year-over-year because of stuff like this. Synchronous network activity on system-level calls are like having to queue up and pass through an ID checkpoint for every quarter mile you travel. https://t.co/nKJlD3MVQT https://t.co/7aEZtFAnd5
0 0
wademealing 14 hs ago

My bet is that this is a mechanism used by apple to determine where exploit code/flaws are being created.

People like to go "grr aple bad, spyware!!!" but this is just the expanded xProtect in the update, you can go see the changes in the source code.

The first time a new unsigned application/process is run, it's checksum is sent to apple to check if it matches any known malware. It's not always sending data, just the first time.

The reason it happens to this guy over and over is because each command in the Terminal creates a process. You can turn XProtect off for anything on the system if you want.

10
imthefrizzlefry Yesterday
OSX and Windows have both done this for a long time. Microsoft started doing it in Windows XP (I think service pack 3?) Browsers do the same thing, like when internet explorer reports the search results you click on clsearch engines and uses that data to modify Bing search results. I am torn if I'm willing to give up this type of privacy for what these OSes and browsers offer. I would rather big brother doesn't know what I run...
3
IAmThePepperoniKing DTNS Patron Yesterday

I'm going to need to be able to reproduce this on my machine before I can trust this. This is a massive allegation.

If you don’t see that- install Xcode

If you block the domain it contacts does it still open programs?

My Mac doesn't do anything of the sort. Maybe it does that if you enable telemetry, but that is your own choice.

BTW, this article is full of bad advice. I have no idea what's causing the delays he's seeing (I see no such thing either), but disabling System Integrity Protection is a very bad idea if you value your security.

MacOS has XProtect built in, its a signature based anti-malware engine,

Its not uncommon for tools like this to send hash data and in some case applications or code back.

If they see the same SHA sum being executed on multiple machines and can't identify it, they may investigate it further to determine if its malicious or benign.

Is nothing sacred anymore!? All these people harvesting our privacy shit cmon now

I'm surprised that people are surprised about this...

In theory, if you are offline, does it still wait for a timed out or does it just skip the ping EDIT: yes it works

This is beyond horrible. Not only is the Apple I once knew dead, now the MacOS I once knew is dying, slowly being turned into iOS.

Very sad news. I've already made the switch to Linux everywhere (the decision accelerated by the fact that MacOS stopped supporting my iMac), but I do miss it sometimes. When I see screenshots and videos from MacOS, i Pine for the slickness, the speed (not so much anymore), and the beautiful font rendering.

But there's really no going back now.

This is so fucked.

But, I can't reproduce any of this on my (work-issued) macbook.

Thank you, now whenever people recommend Apple products for privacy I'll show this.

MacOS 10.15/Catalina. Could have put that in the title instead of this clickbait version

So the hash of the file, what other data is sent? It doesn’t mention it in the article

Dumb move. It they contine to lockdown the OS there will be no reason to use over iOS.

7
EvolverOcelot Yesterday
I tend to believe Stallman would provide such data.
3
AyaneForever Yesterday
stallman did not write the article…
1
Dark_Blade Yesterday

...so essentially, every time I open an app for the first time, Apple intervenes and collects data without asking for my express permission? And for what, some fringe 'security' benefits?

So much for the 'champions of privacy', I guess. Windows does this shit too, apparently, but I expected better from Apple.

Yes, I have noticed that macOS the last few major updates has gotten slower at everyday tasks.

But, if you, say, just leave Chrome open, and sleep the Mac, it will not incur the delay.

How many programs are we constantly opening and closing on the regular?

2
sniarn Yesterday
I usually don't close apps unless I'm forced to.
1
OkToBeTakei Yesterday
Personally, I rarely close most main apps I use once I open them. To a degree, macOS is designed that way. You can close windows you’re not using, and most of the active resources will no longer be used; the system will reallocate the memory. AppNap unloads it from active memory when in the background long enough. I normally have Safari, Photoshop, Mail, Messages, and Plex Media Player running in the background (not to mention a number of menu bar apps). I open smaller apps here and there like Notes, although I often leave that open, too. macOS does a great job with memory/resource management. Far better than windows. I don’t have any performance issues.
3
OkToBeTakei Yesterday

System security comes at a cost. The problem with this article’s criticism of Apple’s approach is that it rather overstates the issue while it also fails to provide any sort of alternative. It makes this out to be some terrible, oppressive issue that it’s really not. A relatively small user base would ever even notice while all users greatly benefit from the vastly increased security. Additionally, as Apple’s history shows, they tend to add features in one iteration that they further optimize by the next release. Leopard -> Snow Leopard, Lion -> Mountain Lion are two notable tick-tock releases.

This entire article is written as if none of these protocols can never be improved, and macOS is doomed just because of some inefficiencies in its security framework the author keeps encountering as a developer and power user. I think he’s being over dramatic and fatalist, especially for issues which don’t really affect the vast majority of users.

Apple are tightening their grip on MacOS and third party applications, so this wouldn't be surprising. At the same time, I don't see any conclusive evidence that specifically matches the title.

Perhaps MacOS sometimes contacts an Apple server, maybe its contacting something else, perhaps first time, perhaps every time. There's hardly any context given so its impossible to know exactly what is happening and when. Where's the information about SHA sum data? The linked podcast is not talking about this problem at all. If people call a function that checks signatures, its slow because of internet access? But surely that's exactly what you would expect, and Apple acknowledges it does that.

I'm not trying to say that Apple are blameless over respecting their users freedom, obviously that's not true. At the same time, they should be criticized where they are clearly wrong, or clearly trying to deceive people. They make no pretense of hiding their signing requirements. There's certainly an argument that the signing requirements are bad, but I haven't seen anything that shows Apple lying to users about them.

42
happysmash27 Yesterday
In which ways are they tightening their grip on Mac OS? Are they doing anything absolutely horrible yet, like they do on iOS, or is it still like Android, where one can at least opt in to install unofficial applications?
4
quaderrordemonstand Yesterday
You used to be allowed to install anything. Then you had to check an option in settings that allowed you to install anything. Then you had to allow the first time you ran any new program. Now you have to disable something called SIP to even have the option to allow it. Disabling SIP involves a terminal command and rebooting the machine, there's no GUI. It's still possible to run unsigned programs the same as ever but Apple are definitely making it harder for people. Perhaps it's just a way of protecting the less technically aware or perhaps they will continue along the path toward iOS so that you can't run unsigned programs at all. I really don't know but the idea is troubling, it would change my Mac from a fully featured development environment into a machine that I only run Xcode on. They are also deprecating OpenGL for Metal, so that you may have to use the platform specific API in future, much like the situation with Windows and D3D. MS have made it so that UWP apps can't use OpenGL, an odd idea considering that they were mobile focused and everything else mobile uses OpenGL ES.
7
lubosz Yesterday
macOS is written with a lower case m.
3
alyssa_h Yesterday
back in my day, we used a space, too.
13
NerdOfManyTrades Yesterday
I remember it being in camelCase in the latter 90s
3
NeoKabuto Yesterday
It was Mac OS, then Mac OS X, then just OS X and only became macOS in 2016.
7
NerdOfManyTrades Yesterday
[I guess you're right](https://web.archive.org/web/20001109004000/http://www.apple.com/macos/) The Garamond Narrow font they always used to use made it look like there was no space.
2
happysmash27 Yesterday
And an X. When I was younger, I used Mac OS X 10.6.8, an operating system which I really liked. I think it was a bit faster than Mac OS X 10.7.2, but even then, it came nowhere close to Linux, especially with graphics driver support for games, so ironically, I switched to Linux in large part to play more games.
5
alyssa_h Yesterday
I heard there was a time when the ten was actually a version number
1
Fr0gm4n Yesterday
It’s also confusing to read tech people asking about help with a MAC. MAC is very different than Mac, esp. in a tech discussion. I point out to them that we don’t shorten Robert to BOB.
2
Daniel15 Yesterday
MAC (all uppercase) is the cosmetics company, or Media Access Control (like a MAC Address)
2
ubertr0_n Yesterday
Which makes it CamelCase, not Pascal case.
2
DsyelxicBob Yesterday
camelCase*
0
ubertr0_n Yesterday
[This is what Newton Love, who epitheted *CamelCase*, thought of Bactrian camels. ](https://en.m.wikipedia.org/wiki/Camel_case#cite_note-18)
2
codyc1515 Yesterday

Windows does this with SmartScreen, yet nobody cares.