Mark Cuban: Bitcoin is 'more religion than solution' and won't help in 'doomsday scenarios'
Although Bitcoin has tripled in value this year, billionaire Mark Cuban remains cautious about the cryptocurrency as he has been for years. 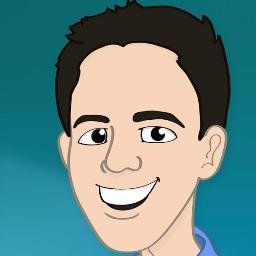 Nick Tomaino - @NTmoney 4 weeks ago
Bitcoin is a religion for people on Twitter who have built their identity on it @mcuban Bitcoin is a utility for people in Lebanon who have seen their currency collapse & can’t withdraw cash from their bank The former is much more visible but the latter is there if you squint https://t.co/ux57ImluiB
3 28

Pierre Rochard - @pierre_rochard 4 weeks ago
The fiat apocalypse is coming, the kingdom of #Bitcoin is at hand. Repent @mcuban! https://t.co/uouA4lXgwM
15 143
Helpful_Tajada 3 weeks ago

We cannot expect him to be an expert on everything; maybe he needs to learn more about crypto. The GRT tokens are a great way to start.

Only thing you need for doomsday is lead. You literally dont need money if its the end, take what you need/want.

Breaking news: Billionaire is fine with the current financial system!

This is just false re: doomsday scenario.

If one country or even a continent or two go to shit (governments collapse into anarchy at a large scale) all those people can still have their money be worth something and have it be protected from the physical insecurities of holding cash (it can be stolen from you).

Then when we talk about international travel... refugees today have a huge issue when it comes to transitioning their wealth from their country of origin to wherever they end up... it gets stolen along the way or ultimately seized from them by customs.

Cryptocurrency solves these problems. How does the Venezuelan dollar hold its value if Venezuela collapses into anarchy? It doesn’t.

You don't need the internet or even power outlets to use Bitcoin. The scenario you'd have to construct where it wasn't useful is one where money in general, including gold, would be of new use also.

It's funny that Mark got rich off of selling a website, but yet, like a lot of older businessmen, seems utterly outside his purview when it comes to BTC.

what Cuban says makes a lot of sense. Governments will try to fight bitcoin with all their might. They will start issuing their own digital currencies to attempt to maintain control. The good news is that it's too late for them to squash it completely.

As it currently stands, I doubt bitcoin will become a global reserve currency, this may yet change of course and people like Cuban and Dalio will change their tune. Schiff is a hack and a shill, so that's a different story.

You ignore the wisdom of people like Cuban and Dalio at your own peril.

ALL BILLIONAIRES ARE BASTARDS

4
gluisgwiz redditor for 5 weeks 4 weeks ago

He already bought in or is trying to buy to get fooled. Public words have nothing to do with private decisions in these cases. Plus china and the usa are already hodling billions in crypto so....

Another Boomer Yuppie. He can go fuck himself.

0
JimmyJumpstein redditor for 1 week 4 weeks ago

He’s slimy. He’s bullshitting so he can buy cheap

But isn’t government supposed to reflect the will of its people?

Government should do what's best for his people and that sometime is not what the people want. Many if given the choice wouldn't pay taxes for example, or Brexit. I'm not saying Bitcoin is bad, but national currency give the government the possibility to adjust its value depending on the situation.

0
SafeRecommendation55 redditor for 2 weeks 4 weeks ago

Governments will protect their currencies.

OHHHH!! Apparently all governments prior to 2020 A.D. didn't think of that! Not the German, the Argentine, Zimbabwean, Turkish, Iranian, Lebanese, ... the US (it's not like the USD didn't lose 95% of its value over the last 100 years...)

Thanks Mark! Please collect your consulting fee for saving the government from your local Post office.

Central banks will protect their currencies by backing it with BTC

19
antlia-by-rns redditor for 1 week 4 weeks ago

it's not about the crypto rather the ecosystem that matters
what's the point of owning millions worth of BTC when it can't come to your aid on doomsday scenarios. BTC isn't widely accepted and still has a lot of restrictions and red tapes.

2
Thanatos_1 4 weeks ago
You are describing a literal antilogy. Something that can't be true. If you have "millions worth (assuming of USD) of BTC", that means there are people accepting your BTC for USD. Or else you wouldn't have "millions worth", you would have zero worth, because that's the market price of BTC if nobody wants it in exchange for USD. Same argument goes for the "red tape"-concern. Apparently the tape isn't red enough, or else you and nobody else would be able to sell, and vice versa, nobody else would be able to buy and again, you can't, as in, it's logically impossible to, own "millions worth" of something, that can't be bought or sold.
2
WarrenMuppet007 redditor for 3 months 4 weeks ago
It's like saying why to build automobiles where there are plenty of horses which can be fed grass anytime, doesn't need a special substance called petrol to work , doesn't need rubberized wheel and special roads to work. There was a time cars needed 3 operators to operate, with time it changed.
3
oog_ooog 4 weeks ago

I remember during the Hong Kong riots people couldn’t use bitcoin because of no internet.

If a doomsday scenario is really a concern, the best investment is in the gym, MMA and guns.

23
Eislemike 4 weeks ago
Or lots of drugs and a bullet. Have you tried living in the woods without amenities in the cold? It’s fucking awful.
2
See all