Negative Interest Rates Are Destroying the Middle Class and Sustaining Zombie Corporations, in Europe and Japan Bitcoin Is a Better Option Than Banks for Saving Money – Crypto.IQ
In this article, we deep dive into the financial contagion of negative interest rates, which have been proliferating worldwide and destroying the middle class while sustaining inefficient zombie corporations and governments. Simultaneously, in areas where negative interest rates are already a problem — Europe and Japan for instance — Bitcoin (BTC) is becoming an increasingly… Read more

Dennis Parker⚡️ - @Xentagz 7 months ago
RT @GKBoris: This is why the banks want to offer Bitcoin custodial services. You will lose money in your regular savings account but likely make some money in your "Bitcoin account". The trade-off...they won't let you withdraw your btc to anything other than banking custodial accounts. https://t.co/3l0wo4S99x
3 3 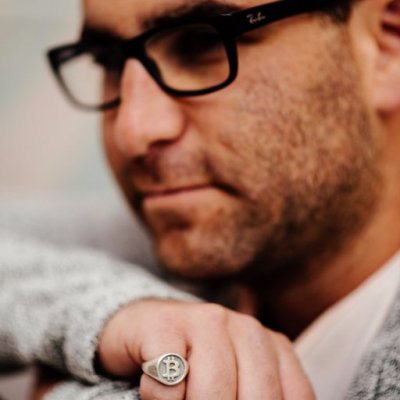 The European middle class isn't getting destroyed by negative rates, as most banks will not ask average account holders to pay.

And no one in their right mind would switch to BTC with its insane volatility. Better lose 30% b/c you have to sell instead of losing 0.5% pA. Right.

Negative interest rates are destroying the middle class??? Wtf kinda logic is that. No one was remaining in the middle class because of their 3 percent they might have been getting in a savings account.

The middle class is being destroyed because wages went up .01 percent last quarter and that trend has been continued for 30 years. Morons on Fox News wee even bragging about that this morning. Bitch please that means spending power went down.

White collar jobs are packed full of L1 visas. People are paying massive chunks of their take home pay just to go to the fuckin doctor. Housing costs are orders of magnitude outpacing CPI as if CPI wasn’t a rigged figure to start. Retail investors are getting fucked from every angle by intermediate traders.

The rates sure are helping shit companies pull the old bonded buyback tho. So half right at least.

19
ukdudeman Gold | QC: CC 54, XRP 54 | r/Investing 15 6 months ago
How do I upvote this comment more than once without using multiple accounts?! Great comment. Word for word, this is what's happening. I'd be a bit gentle on the OP though as NIRP is probably coming, and it's just an exacerbation of everything you've mentioned. Inflation rates are always tweaked-to-death by governments to low-ball the numbers. I know in the UK, for years they didn't include house prices (til just 2 years ago, me feels it's the government calling the top!). They always include one-off purchase electronics which are deflationary due to cheaper manufacturing processes...as if we buy a new TV every fucking 3 months. Absolutely agree that all western governments have painted themselves into a corner with ZIRP. No more normalisation of rates ever again. Look at Japan....30 years later and they're going nowhere. The Japanese are a different breed to westerners - they can live in tiny apartments, work horrendous hours, have no life (for my sins, I was a salaryman for 2 years in Tokyo). My point is that many people say "oh well, if we're turning Japanese, it ain't so bad....Japan seems to be OK".....no, it's very much NOT OK. The big difference between Japanese and westerners is that Japanese actually save money and they can drop their standard of living to a very low level. The west relies on debt to fuel spending, and everyone's accustomed to a particular kind of life. NIRP will shake out western savers, but we can't rely on ever-more debt to keep spending going. What's next? Multi-generation mortgages? "Groupon" type purchasing where a syndicate get together and buy a house, and they split profits from whoever rents the property? All of this bullshit we will probably see in the next 10 years. Heaven fucking forbid that housing is ever affordable...can't have that whatsoever. If you want to see the future, look at Hong Kong...you push people so far, and then they don't give a shit any more. The protests aren't just about the extradition bill (which was cancelled months ago, yet protests persist) - it's because Hong Kong is a fucking nightmare place to live for younger people...property prices are beyond belief.
3
solar128 Platinum | QC: CC 338, DCR 306 6 months ago
NIRP destroys the middle class because it jacks up the prices of housing, education, and healthcare. The middle class doesn't have access to dirt cheap debt like the rich do, so they get left behind.
3
taydrader 6 months ago
Exactly this. Seems nekt even gave the reason in the post without even realising it.
2
AutoModerator 7 months ago

1
Mochi101-Official Gold | QC: XMR 81 6 months ago
What action was performed automatically?
1
See all