Peer Review of “COVID-19 Antibody Seroprevalence in Santa Clara County, California”
The high reported positive rate in this serosurvey may be explained by the false positive rate of the test and/or by sample recruitment issues. A new Stanford preprint was released earlier today… 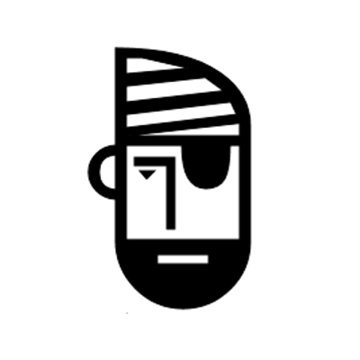 Dan Romero - @dwr 7 months ago
RT @balajis: A new 2300 word peer review of the Stanford paper. I'm glad they did a serosurvey but am skeptical of the conclusion because: - test may have high false positive rate - sample may be enriched for COVID-19 - study implies faster spread than past pandemics https://t.co/6yMbUPWMDO
20 48

Balaji S. Srinivasan - @balajis 7 months ago
A new 2300 word peer review of the Stanford paper. I'm glad they did a serosurvey but am skeptical of the conclusion because: - test may have high false positive rate - sample may be enriched for COVID-19 - study implies faster spread than past pandemics https://t.co/6yMbUPWMDO
0 0
JenniferColeRhuk 7 months ago

Posts and, where appropriate, comments must link to a primary scientific source: peer-reviewed original research, pre-prints from established servers, and research or reports by governments and other reputable organisations. Please do not link to YouTube or Twitter.

News stories and secondary or tertiary reports about original research are a better fit for r/Coronavirus.

Posts and, where appropriate, comments must link to a primary scientific source: peer-reviewed original research, pre-prints from established servers, and research or reports by governments and other reputable organisations. Please do not link to YouTube or Twitter.

News stories and secondary or tertiary reports about original research are a better fit for r/Coronavirus.

BYD - -Yup must have been Diane Fienstens "employee" Chinese spy who did the deal with Gavin.. Lol

Here are two twitter threads on the Stanford / Santa Clara study that I found useful:

5
Toothcaptain 7 months ago
So, without adjusting for sample recruitment biases, it’s probable that there are 13-53x more actual cases than confirmed cases, as opposed to 50-85x more actual cases than confirmed cases?
6
MBaggott 7 months ago
Sounds about right
2
Toothcaptain 7 months ago
Then this evidence is still a compelling rebuttal and part of a greater understanding we’ve seen in the last few weeks: the mortality rates are far lower than was originally stated. Unfortunately, it seems clear that recruitment biases could have a significant impact on the data, and this study will need to be done again, preferably with random sampling, in order to be taken completely more seriously. It’s true that the original figures seemed to high, but from what I’ve read most epidemiologists would be unsurprised if there were 10-20x as many actual cases as confirmed cases, given what we know about covid a extremely high transmissibility. The press needs to stop fear mongering with misleading figures that put mortality rates at 4-10%. This could be a massively destructive blow to public trust in health systems, if we later learn that this was a case of mass-media or social-media contagion induced global hysteria. Also, of course, extended quarantines have casualties of their own that could number in the tens of thousands(substance abuse, psychological problems, difficulty accessing hospital care, extreme economic damage). I think the time for over reacting ended a week or two ago; we need a balanced, data driven response.
1
OmegaInLA 7 months ago

Or lots of virus available

medium.com may not be reliable or may be dedicated mostly to political coverage, your post has been automatically removed. If possible, please re-submit with a link to a reliable or non-political source, such as a reliable news organization or an recognized institution.

Thank you for helping us keep information in /r/Coronavirus reliable!

"Anyone can publish on Medium per our Policies, but we don't fact-check every story."

3
Captcha-vs-RoyBatty 7 months ago
This is a peer review of a published paper. The facts are the published paper. The Peer Review reviews the facts in the published paper. So it is fact-checked, in that, what it is reviewing - is factual, it's not imaginary.
4
Reviewer_A 7 months ago
No. When you peer review a paper you send that review to the journal’s associate editor. That person looks at your review and the other solicited reviews, and writes a confidential summary and recommendation to the journal’s editor (accept, minor revisions, major revisions, or reject). After another round or two of edits, the paper is published. At no stage does the review pass through Medium.com.
0
Captcha-vs-RoyBatty 7 months ago
first off you're defending a paper that in itself, was not peer reviewed. I'd question why you weren't equally critical with a paper whose outcome you found positive as you were with one whose outcome challenged your perceived viewpoint. but, that said, here you go: https://www.medrxiv.org/content/10.1101/2020.04.14.20062463v1
2
Reviewer_A 7 months ago
I am not defending that preprint. I am pointing out that some dude's opinion from Medium.com is not peer review.
1
Captcha-vs-RoyBatty 7 months ago
That dude, is a peer - you can read his credentials and look him up - and all he does is dissect the sample methods as they were stated in the paper. He is not introducing any new facts, or any new information - he's not refuting them based on their findings. All he does is magnify their fine print to point out, amongst other things, that their margin of error is 1.7%, so their findings of 1.5% positives, fall within their own margin of error.
3
Reviewer_A 7 months ago
Still not peer review.
0
_mkd_ 7 months ago
No no, he means the medium piece was reviewed by the [House of Lords](https://en.wikipedia.org/wiki/House_of_Lords)
1
FiscalFrontier 7 months ago
Yeah, just like the study isn't scientific fact yet... because it hasn't been peer-reviewed......
2
canada_dryer 7 months ago
Peer reviews typically get published by an academic journal. It's been a few years since grad school and I don't recall Medium as one.
8
Captcha-vs-RoyBatty 7 months ago

Let's remember we also have actual samples from Santa Clara from January and February that are an impossible reality to reconcile with the new report's findings: https://threadreaderapp.com/thread/1249414291297464321.html "We tested 3600 samples collected in Jan 2020 for COVID-19 status and found zero positives. We tested 3308 samples collected in Feb 2020 and found a first positive on Feb 21 with a total of 10 samples testing positive in Feb."

4
jaceaf 7 months ago
I found this study more compelling because I was one of those people sick in February and thought maybe I had had it. These are the people sick enough to have gone to the doctor for some help and who were serious enough to get tested for the flu.
3
YSP82 7 months ago
I'm not understanding how the results of the serology study would necessarily be incompatible with the results of the sample study. The serology study took place 2 weeks ago. If COVID was circulating since around mid-February, it's not beyond the realm of possibility that there would be at least 48,000 infections. I do agree there are issues with the way this study was conducted. But I don't think the results are incompatible with this thing having circulated since only mid February. If anything I think if you assume the serology study IS correct and there are at least 48,000 people that have been infected, it actually lends credence to the idea that this has only been spreading since mid February. The Bay Area has almost 8 million people and thought it's no NYC, it's still relatively dense with public transit. If this thing has been spreading since November or December then I think we'd have a heck of a lot more infections than the range given by the serology study.
6
See all