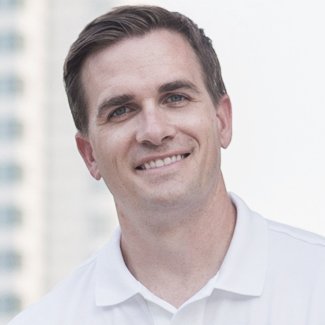 Kyle Torpey - @kyletorpey 6 months ago
RT @the_crypto_feed: the crypto feed: peter thiel-backed layer1 wants to own 25% of the bitcoin hashrate by end of 2021 https://t.co/HvFUZdimgh
38 145
BitcoinIsSimple 6 months ago

This is pretty bad news, I hope everyone is aware of it.

We've already had a master of the universe who was controlling a lot of hash power and he thought he would control Bitcoin. Ofc he got a bad beating, but it was a long and exhausting battle.

The last thing we need is another big ego billionaire to come in and start telling us what to do and what not because he's got a lot of hash power.

2
dubblies 6 months ago
its their aim. they will settle after celebrating 5%.
2
bitusher 6 months ago
turns out peter thiel only invested 50 million in this company Layer1 and they are trying to design their own chips . It will cost billions to pull off this stunt so you don't have to worry . Peter must have made this investment because he is more interested in the power they are securing for future plans or just some IP from the chips they plan to design.
3
sammyb67 6 months ago

He’s not betting the price or usability is going down!

2
educateyourselfsilly redditor for 3 months 6 months ago

I want a pony.

It's a pity it isn't mentioned what the costs are.

I would like to know what ballpark figure would be needed.

3
bitusher 6 months ago
If hashrate ~120 million TH/s and we are assuming he is investing in modern 5nm ASICs like an avalon 1166 @ 68 TH/s than he will need ~441,176 of these ASICs for 25% of Bitcoins hashrate That would cost about half a billion dollars for the ASICs alone , not including the other costs from setting it up , securing the electricity, the warehouses , maintenance , security, etc... The problem with this calculation is buying these ASICs quickly would drive up the prices Also Hashrate is a moving target so he will need more than this as he scales up operations Realistically with enough effort I could see him maybe getting 5-10% of global hashrate , I hope he tries as well. edit - doesn't look like a serious attempt with their largest investor only investing 50 million.
4
GloryGoal 6 months ago
Thiel is a serious shitbird of a human being, I don’t mind if he doesn’t break in.
2
Btcyoda 6 months ago
Thanks man, i didn't had the numbers ready available but on guts feeling/calculation came to the same conclusion. Thanks for the reply!
2
educateyourselfsilly redditor for 3 months 6 months ago
No way to estimate. It's a competition for hash rate with no ceiling on costs. He's not the only one who wants it.
1
Btcyoda 6 months ago
Hmm, current hashrate is known. So to get 25% one knows with available HW what is needed? Add housing, install costs etc. I wanted to know the ballpark number since for me it would be good enough. I'm convinced that won't be good enough for the investors who have to actually pay the money...
1
See all

US Bill Would Require Stablecoin Issuers to Get Bank Charters