Philadelphia Threw a WWI Parade That Gave Thousands of Onlookers the Flu
The city sought to sell bonds to pay for the war effort, while bringing its citizens together during the infamous pandemic 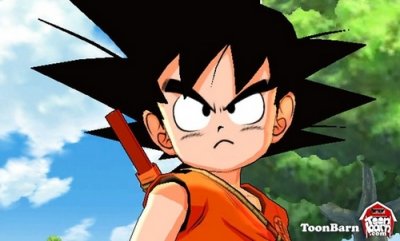 Christopher Wheeler - @Stocktrader 10 months ago
If you cancel the parade you might as well cancel life. You don’t mess with the parade or the marathon without repercussions. I heard that green beer kills the coronavirus. https://t.co/LVSFIFWyKv
0 0
offbeat_ahmad 10 months ago

What's their excuse for the non-flu related mayhem?

They didn't have antibiotics or antiseptics I know antibiotics don't kill the flu. People are freaking out needlessly. Wash your hands stay home avoid coughing people.

15
flamingfireworks 10 months ago
They also didn't have reliable healthcare so someone who's immunocompromised, elderly, etc couldn't go and get checked and possibly get medicine or be watched over by professionals until they're healthy. Good thing that all Americans can regularly see doctors and afford medicine and time off work! this would be a way worse issue if the majority of Americans couldn't afford to take a week or longer off work or to see a doctor when they need to.
3
1946106cat 11 months ago

my grandparents lost their first two sons that year from this

My grandmother, who lived in Philadelphia then, remembered the coffins being stacked on the front porches of houses awaiting collection.

And it was introduced to America by Chinese laborers

Historian Mark Humphries of Canada's Memorial University of Newfoundland says that newly unearthed records confirm that one of the side stories of the war—the mobilization of 96,000 Chinese laborers to work behind the British and French lines on World War I's Western Front—may have been the source of the pandemic. Source

Here where I live the roads have tons of small cemeteries all over the place. Many thousands of people died and left entire counties empty. Not far from me is a roadside gravesite with the headstones of 16 members of the same german family. Everyone from the grandparents to the babies all died within a few days of each other. A neighbor had to bury them.

How was the flu supposed to promote war bonds?

Not the first time we were brought low by disease. Malaria killed 90% of us in 1830, or sometime around then.

I live in San Antonio, they brought fuckers here that have the gotdamn Coronavirus on purpose

0
Barnst 11 months ago
Are they planning on publicly parading them surrounded by 200,000 people? If not, you’re probably fine.
6
asesino91 11 months ago
They are at a military base for quarantine I think
1
screenwriterjohn 11 months ago

The Spanish flu I presume?

9
indyjumper 11 months ago
Nobody expects the Spanish influenza!
4
Barnst 11 months ago
A misnomer, but yes. It was only caused the “Spanish” flu because Spain was neutral in WW1, so didn’t have wartime censorship, so the first public reports of the disease came from Spain. The flu probably broke out first In French or American army camps.
7
thirdeyelazy 2 years ago

Irony equivalent of driving an ambulance down the sidewalk in GTA