r/Bitcoin - I am the BearWhale: UASF Now!
r/Bitcoin: A community dedicated to Bitcoin, the currency of the Internet. Bitcoin is a distributed, worldwide, decentralized digital money …

Michelle Varron - @michellevarron 8 months ago
RT @lopp: In 2014 an anonymous whale put up a 30,000 BTC ($9M) sell wall that kept the bitcoin price under $300. 4 years later they resurfaced to explain why. The propaganda that caused BearWhale to despair is still perpetuated to this day. https://t.co/7YuOPa0XXD
84 427 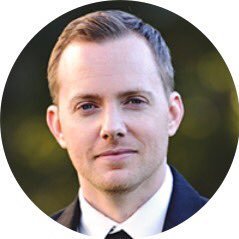 Wayne Vaughan - @WayneVaughan 8 months ago
I remember the slaying of the Bearwhale like it was yesterday! #bitcoin https://t.co/fB3eDdh6md
0 0 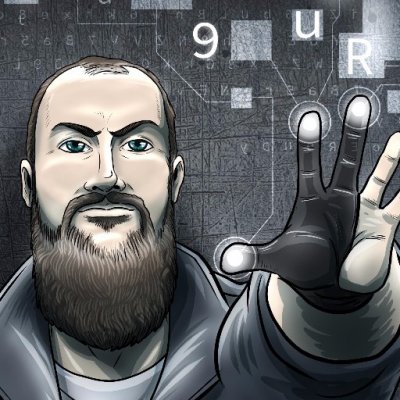 Jameson Lopp - @lopp 8 months ago
In 2014 an anonymous whale put up a 30,000 BTC ($9M) sell wall that kept the bitcoin price under $300. 4 years later they resurfaced to explain why. The propaganda that caused BearWhale to despair is still perpetuated to this day. https://t.co/7YuOPa0XXD
0 5
gredol 3 years ago

Makes me feel better about hodling btc. Still... You can't deny that there's money to be made pumping and dumping that shitcoin.

A signed version of this message can be found here https:/np.reddit.com /r/test/comments/6d2os3/i_am_the_bearwhale_uasf_now/

Hello. I am the BearWhale. After a series of bad experiences with the banking system, I invested most of my life savings into bitcoin when the price was fairly low, around $8. For years I was a HODLer. I was holding when Trendon Shavers ripped everyone off. I was holding when the price was over a thousand, and I held after MtGox imploded. I believe strongly in Bitcoinâ€™s decentralized promise of displacing immoral national currencies.

The price kept drifting downwards until finally at a little over $300 I had enough. I sold off everything, based on an accumulation of information I gathered mostly from social media such as bitcointalk.org and reddit:

At this point I should state that I am a highly technical person. I understand all of the math behind the bitcoin whitepaper and the software that powers it. Although, I am not a security expert nor am I a cypherpunk - only a little experience in the type of adversarial thinking necessary to be a competent steward of the technology. I donâ€™t regret selling, as I made an enormous profit. The decision was a rational one based on available information. However, in 2017 I went all-in on bitcoin again and hereâ€™s why:

None of the supposed facts which motivated my decision to sell were correct. **It was all a carefully crafted and funded disinformation campaign launched by Roger Ver and his cronies, perhaps Jihan Wu, to discourage improvements to the bitcoin protocol to achieve financial gain at the expense of the community.</strong>

Once I recognized the moves to discredit the core developers for what it was, a covertly operated smear campaign fought on social media, funded by enormous enrichment from bitcoin, carried out with sock puppets and appeals to emotion, I looked at bitcoin and the greater community again with a more critical eye and I came to the following conclusions:

<ul> <li>Bitcoin is working great: look at the fees people are willing to pay</li> <li>Resistance to poorly thought out protocol changes is a feature not a bug</li> <li>Core developers are highly competent, from reading the mailing list</li> <li>SegWit is incredibly well engineered to create the least network disruption</li> <li>The subreddit r/btc is filled with negativity and meaningless attack</li> <li>Roger Ver is a con man who uses his bitcoin.com domain to push his agenda</li> <li>Bitcoin mining is centralized due to Bitmainâ€™s temporary monopoly on retail hardware</li> <li>ASICBoost is an exploit which has broken some economic incentives of bitcoin</li> <li>Absent Bitmain, bitcoin the currency is far superior to altcoins</li> </ul>

Although I am of course an adult fully responsible for my decisions, I want to make it clear that Roger Verâ€™s agenda was successful at convincing me that bitcoin had a â€œgovernance crisisâ€ and was at risk of being overtaken by altcoins.

My reason for this open letter s simple: I want the community to know that I fully support the core developers. I am strongly in favor of UASF as a mechanism for liminating the centralizing effect of miner control illusions. I support SegWit as a sensible technology for moving Bitcoin forward. I reject a block-size increase hard fork at the present time. I reject a phony â€œcompromise.â€ And I especially resent and reject a consortium of suits coming to an â€œagreementâ€ on what source-code base will be named â€œbitcoinâ€ without that code base being thoroughly vetted over a suitable long time-frame by industry professionals. Those industry professionals include Gregory Maxwell and most of the people who participate regularly on the bitcoin developers mailing list and contribute pull requests to the bitcoin-core repository.

tl;dr; I am the BearWhale: I sold Bitcoin for the wrong reasons, and now I am all-in and long bitcoin again.