Preston Byrne - @prestonjbyrne 1 year ago
RT @davidgerard: QuadrigaCX creditors disconcerted to find that the CCAA requires they be publicly listed as creditors https://t.co/rbeKic55hR
4 3 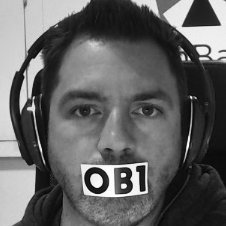 Brian Hoffman - @brianchoffman 1 year ago
Wow so all investors over 10k will be doxxed?
4 7
Grinskeeper_Willie 1 year ago

I thought the blockchain was anonymous???

I like that they have to dox themselves for a CHANCE of getting even a sliver of what they put in. If those wallets are indeed lost they’re up shit creek with a chance of winning a paddle.

7
JDdoc 1 year ago
From the thread: >Bonus. Those who were laundering or other nefarious activities will not claim. More for us. Nice to see them finding the silver lining.
3
atericparker 1 year ago
They'd still get a portion of the fiat 20m, but all the butts are gone. The question is whether the 190m of butts actually existed in their system, or if most of that was on fake / test accounts.
4
Northern-Boy 1 year ago
The payout will depend on what other debt exists and how it’s structured. There are priorities when it comes to how things get paid out, the lower you are on the totem pole the lower the chance of payment.
4
barsoapguy 1 year ago
so Game of Butts.
2
itdood 1 year ago

Bonus. Those who were laundering or other nefarious activities will not claim.

these people deserve the losses, they deserve someone smarter taking it from them.

[–]Emergency_Dinner 1 point an hour ago

So what if you are not planning to claim anything? Surely this is all optional? If someone wants to write this off and walk away, how to ensure your details are not made available then?

lol, nothing to see here, regulators, move on!

18
btcnewsupdates 1 year ago
That's the one who boasted to all his mates that he had a million $ in Quadriga. Now they will all see he didn't.
8
michapman2 1 year ago

Hopefully none of them have any tax scams, drug rings, or shady divorce tactics that they need to conceal.

These are mostly Canadians though, so I assume that the worst secret they are concealing is that they occasionally under-report how much they give to charity out of modesty.

Anyone who doesn’t want to be listed here should just avoid making a claim and write off the money they lost. They aren’t going to get it all back anyway.

42
roflcopter44444 1 year ago
Canada Revenue Agency is probably going to audit everyone who shows up on that list
4
essexbrat 1 year ago
Well, given what we have heard about how things have been run there they are likely to be a major creditor and will get a list of creditors as part of the liquidation proceedings anyway. Whenever I deal with these things for clients it is often quite amusing for them to see which of their competitors have got badly burned.
1
yung_codeine 1 year ago
>Canada Revenue Agency is probably going to audit everyone who shows up on that list If they are going to list the details of the victims, you're not going to pay tax on money that Quadriga stole since that isn't realized income. Unless you deliberately fudge your capital losses to be more than reported on that list, then yes they will audit your reported capital losses.
1
essexbrat 1 year ago
No, I think what they are going to do is initially contact everyone with a balance on the exchange to politely ask if there is anything they need to tell them. We had something similar over here a while back, when our tax authorities started getting lists of residents with foreign bank accounts. A lot of them were caught bang to rights of course, hiding income and assets abroad, but a client of mine also got the letter. He had a holiday home in another European country, and so had a Euro bank account there just so he could pay his household bills. We said "no, nothing to see here", and we then had to answer a whole series of VERY detailed questions to prove it. The simplest solution for us was just to let them have a copy of his bank statements, but the point is once tax investigators get their teeth in they tend not to let go easily. Also - just because you lost money doesn't mean there isn't tax to pay: 1. Made money on Bitcoin, cashed out, then lost the cash in the insolvency? Capital gains to pay on your coinz, probably no tax relief available for having your cash stolen. 2. Made money trading in earlier years and didn't declare it? Every historic trade was taxable, and the fact you have now lost your coinz doesn't mean you will be able to carry that loss back and get tax relief against tax you should have paid in earlier years.
1
roflcopter44444 1 year ago
Im meaning going back to see if they actually declared any taxes on gains at any point in time and whether they were under reporting their gains. You forget that the CRA can legally review anyone's last 3 years of tax records during a regular audit and can go back further if they find signs of fraud During the claims process claimants will have to make their transaction history available to the court to asses the validity of the claims. Its not going to be as simple as "I have XXX balance please pay me", they will want to see how the money came in and out of the account.
2
barsoapguy 1 year ago
gonna check it twice and find out who's naughty or nice !
7
50ChadsADay 1 year ago
I am expecting a lot of Chinese names on this list. There's a good chance at least one dude is getting nervous about Pooh Bear looking for stray honey pots if you catch my drift.
9
essexbrat 1 year ago
Don't think they are going to have a choice. From what I can see the initial list will probably be published based on the information in the exchange database, with the formal claim process a "tidying up" exercise later. Remember this isn't a full-blown liquidation yet; this is one of the requirements of the CCCA, presumably so everyone who is being stopped from making a claim knows exactly what is going on at an early stage. Bear in mind also that the legislation is designed to work for normal businesses, where transparency is generally regarded as a good thing, As an aside: I would LOVE to be a fly on the wall at the creditors meeting. Can you imagine butters interacting with experienced insolvency practitioners who deal with real businesses every day and who actually understand finance ...
14
barsoapguy 1 year ago
CASH WITHDRAWL SHOWS COMPLETE I WANT ALL MY MONEY RIGHT NOW !!!!!!
3
btcnewsupdates 1 year ago
> Can you imagine butters interacting with experienced insolvency practitioners who deal with real businesses every day and who actually understand finance ... ROFL. It will probably be like the 'electrolytes' scene in idiocracy. "*You speak like a fag*" lol
10
SparklingEmoWendigo 1 year ago
This was in the US, but I was a creditor in a bankruptcy case and the trustee was pretty cool and understanding with accepting my claim. I don’t think the reckoning you’re hoping for is coming with this, they’re literally paid to talk to normal confused dipshits.
6
jstolfi 1 year ago
It would be a repeat of the meetings of the MtGOX victims with the MtGOX trustee. Cringe.
4
michapman2 1 year ago
Someone liveblogged one of the court hearings a while back. I wish someone could do it for the creditors meeting too.
4
essexbrat 1 year ago

9
barsoapguy 1 year ago
not today shill bot.
7
See all