Schelling fences on slippery slopes
Slippery slopes are themselves a slippery concept. Imagine trying to explain
them to an alien:

And the alien might well respond: "But you could just ban Holocaust denial, but
not ban unpopular political positions or religions. Then you right-thinking
people get the thing you want, but not the thing you don't want."

Abandoning the Power of Choice

This is the boring one without any philosophical insight that gets mentioned
only for completeness' sake. In this reply, giving up a certain point risks
losing the ability to decide whether or not to give up other points.

For example, if people gave up the right to privacy and allowed the government
to monitor all phone calls, online communications, and public places, then if
someone launched a military coup, it would be very difficult to resist them
because there would be no way to secretly organize a rebellion. This is also
brought up in arguments about gun control a lot.

I'm not sure this is properly thought of as a slippery slope argument at all. It
seems to be a more straightforward "Don't give up useful tools for fighting
tyranny" argument.

Previously [http://yudkowsky.net/singularity] on Less Wrong's
[/lw/2vj/gandhi_murder_pills_and_mental_illness/] The Adventures of
Murder-Gandhi: Gandhi is offered a pill that will turn him into an unstoppable
murderer. He refuses to take it, because in his current incarnation as a
pacifist, he doesn't want others to die, and he knows that would be a
consequence of taking the pill. Even if we offered him $1 million to take the
pill, his abhorrence of viol 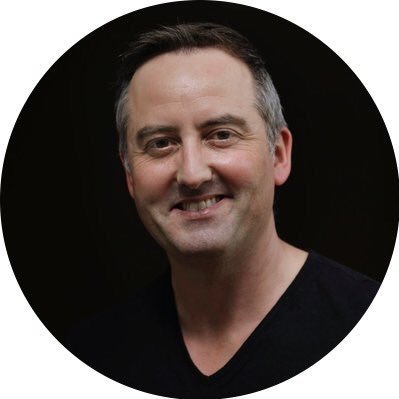 Vitalik "Not giving away ETH" Buterin - @VitalikButerin 1 year ago
@virgilgr @Paul__Walsh FWIW I don't think I agree with this. There's definitely big concerns about causing negative externalities by giving social status to unsavory actors. Also you risk corrupting yourself by giving yourself incentives to please them. cf. Murder-Gandhi https://t.co/AMFdoNsZNC
3 7
DaisukeAramecha 1 year ago

Surprised and pleased to see a LW post linked here.

This is (related to) something I've talked about with my dad before, in the context of gun control. A baseline like "we should register all guns in the state, so we can more effectively know what firearm was used where and when, and who is responsible for that weapon at the time" becomes dangerous, because even if you set up a Schelling Fence about not misusing that database, you've got a new crop of different politicians/law enforcers/governers in a few short years. And they might not be so concerned with following the guidelines you've set up.

So we end up in a paralyzed state, where even if everyone involved wants a certain bit of legislation, we can't progress because of future people's actions. And it's not even a groundless worry, since it's actually happened before (although I forget the state in question offhand).

Probably qualifies as a paradox, come to think of it.

2
GodotIsWaiting4U 1 year ago
Yep, democracy and term limits and the like means you have to be hyper-vigilant about Schelling fences. The argument I always want to throw at people who say they want hate speech laws in the United States or other speech restrictions: do you want Donald Trump to determine what is and is not hate speech? They usually hate him and answer "no". But the fact that Trump made it in is proof that *power is transient and you will often be governed by people you don't like*. Do you want the next Trump to be the one making that call? Or the one after him? Never give the executive any power you would be horrified to give to the person you hate the most.
2
DaisukeAramecha 1 year ago
That's the best argument for "small government" that I've ever heard, I think.
2
BarkOverBite "Wammen" in Dutch means "to gut a fish" 1 year ago

While an interesting read, time has betrayed its conclusion:

Give up on the Holocaust deniers, and no one else can be sure what other Schelling point you've committed to, if any…

...unless they can. In parts of Europe, they've banned Holocaust denial for years and everyone's been totally okay with it. There are also a host of other well-respected exceptions to free speech, like shouting "fire" in a crowded theater. Presumably, these exemptions are protected by tradition, so that they have become new Schelling points there, or are else so obvious that everyone except Holocaust deniers is willing to allow a special Holocaust denial exception without worrying it will impact their own case.

One of those countries, namely Germany, has gone well beyond just banning holocaust denial with their introduction of NetzDG.

As such it goes to show, that no matter how much you might set up a schelling fence, as the author argues in favor of, those too are at risk of running into a slippery slope of their own.

15
LWMR Harry Potter and the Final Solution 1 year ago
> One of those countries, namely Germany, has gone well beyond just banning holocaust denial with their introduction of NetzDG. Some other countries have generalized it into "no denying any genocides". Yet others into "no denying any war crimes". And Poland being Poland has given us the very special "no denying the holocaust, no denying the commiecaust, and no blaming Poland for these bad things that were done *to* Poland".
17
tnonee 1 year ago
The key to avoiding slippery slopes is to actually come up with a measure whose motivation goes away once implemented. Banning holocaust denial doesn't remove the neo-nazis, so it's ineffective according to this heuristic.
9
Sand_Trout 1 year ago
I agree. The modern state of things has demonstrated that there is an active push to erode Schelling Fences and jump off the slippery slope with regards to speech.
5
kiathrows 1 year ago
Schelling Fences don't actually exist. They're more akin to forward positions. To use his example, let's ban holocaust denial since it was horrible and it obviously happened. Denying the murder of millions of people is barbaric, so we, the enlightened society, get rid of it. What did we just normalize? 1)It is possible for a mass of people to concretely and forevermore determine the truth of a historical event. 2)The State can punish you for denying Truth. 3)It is good to create laws to punish people for denying truth Holocaust denial is now banned, and there was much rejoicing. Now do we ban denial of the Holodomor? It killed more people. Do we ban the denial of Mao's crimes? Do we ban the denial of the armenian genocide? The Rawandan genocide? If you want to keep consistent to your principals, you have now banned all of these. Each of these can be staked out and have a Schelling Fence put on them, because like the holocaust, they're undeniable. These events cause harm if they're allowed to be denied by the principals you normalize. So now, we've normalized 1) Denying the deaths of people en masse is bad. 2) The State determines Truth 3) The State has compelling power over you if you deny Truth. What has happened in reality? Well freedom of expression is greatly limited. You can no longer safely question the amount of dead in an event. You can no longer question what the State says, because it determines Truth. This can easily be seen to be a nightmare. So, let's flip this around. I'm an evil villain and want to remove expression and freedom from the world, to more easily commit my evil villainy. What is the best way for me to attack these values? 1)Find some undeniable event, or universal truth 2)Find some way to bend it to my villainy 3) cloak my villainy in virtue to make it go down easier. So I choose the Holocaust. It happened. It was evil. It is undeniable. Did you know some people deny it? What villains! We should prevent their villainy, by removing their free expression! Their words, their denials, cause pain and anguish to the descendants of millions of people who have died! I understand you, the enlightened peoples of this society, aren't sure about limiting expression in this way, but this is unique evil! It will never go further! We will set this marker as the final point! There's harm here and it must be stopped now! So the enlightened society does my bidding and bans holocaust denial. A few years later... Did you know people deny the Holodomor?
19
AulisVaara 1 year ago

Very interesting read and certainly has deepened my understanding of slippery slopes. Thank you.

I am Mnemosyne reborn. Information is power. Never forget. ^^^/r/botsrights