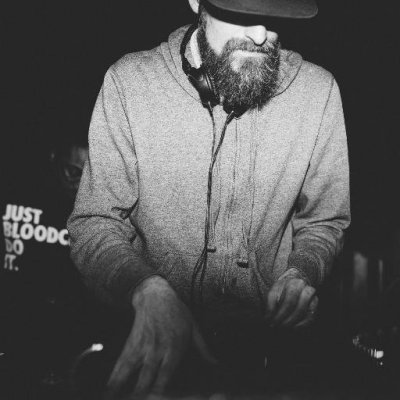 Fascinating thread on this subject.

In China people are open to the idea of aliens.

Out of curiosity... Was it the Kayeen that were going out there for the past decade and probing "if aliens were discovered, would it destroy your religions?" People were beating that question to death as if hoping it were the case.

I think they saw/heard something strange more than what is being presented in the videos. We are being primed for an event/news that will shock everyone.

Yay!! With all the people that did space travel or met aliens that are getting close to death now, they are starting to let information out because they can't take the information to the grave. I have a friend whose dad worked with several races of aliens in Antarctica in an underground base and I didn't believe them at first (I wanted to). But he was dead serious (puns!) and told them everything on his death bed.

I recommend the documentary 'Unacknowledged' to any of my friends new to UFOs and Aliens. Its on Netflix and it is AMAZING-- lots of military, pilots, astronauts sharing what they never could before. Buzz Aldrin, dark side of the moon base-- it has convinced a few friends (actually all of them that I shared the doc with) and they seem to be more excited and hopeful than scared.

We want to meet our neighbors :)

3
coolkid6558 11 months ago
I hope to someday beforre I kick the bucket, be able to actually meet another being in person. I have dreamed of this since I was little.
1
tacocat9797 11 months ago
I only recently came to aliens as an area of interest. A few years ago one of my friends in grad school that studied black holes told me he believed in reptilians. I had no idea what he was talking about. And he was very serious. So I began my search for the truth, then. :) anything in particular happen to you that made you to want to meet aliens?
1
coolkid6558 11 months ago
When I was little, I had this dream where I was in my bed(there's a window right by the bed.) I saw a silver, cone shaped craft. I remember what happened after that was, me being taken in by very healthy, tall looking humans(?) And being shown a bunch of schematics diagrams, things that I should learn aboit etc. They put me on my bed and smiled and ...what was strange is that I woke up in the exact same position they put me in. Ever since this 'dream' I've always had a fascination with them. When I tell people about this irl they think I'm full of crap. I meditate often, I try to lucid dream, nothing works though. That's why I want to try DMT. Sorry for going on a ramble lol
1
tacocat9797 11 months ago
no need to apologize. Do you think it was a real dream or do you think it was a memory that they made a dream?
1
VTAG01 11 months ago

It seems like our congress critters would have better things to do then worrying about UFOs, you know like creating GOOD JOBS!

More mainstream rolling disclosure. Dont believe ANY spin as to why the aliens are infiltrating from non-abductees. Dr. Chi draws on the data of Dr. Jacobs, then postulates thats its for an environmental reason, when all the aliens know that the environment is nowhere near catastrophic failure, and infiltration into military airspace is to TEMPEST siphon our tech capabilities for radar locking and weapons systems, because the aliens know that theyre going to interfere more and so they gotta keep us from not stopping their interference.

The aliens have to buffer the major ongoings to keep the crop from DNA damage, there has never been nor will there be a worst case scenario -- MAD global nuke war, magnitude 15 earthquake from asteroid, sun supernova, or alien invasion from aliens not authorized by the current invaders. Theres always the illusion of more and dire environmental pitfalls, when the aliens know that it can simply be reversed with advanced tech, in 5 minutes! The multi-species alien invasion is already here among you, playing both sides, and theyve ruthlessly altered our natural course to steer us into them. The aliens have had complete control over all of history, there is no "human nature" to judge by trajectory, all wars and diseases have been part of a larger game that only they have the perspective to see as a crafting of the species, epigenetics, eugenics, and now a Kalergi plan imposed upon the first world nations.

Dr. Jacobs data shows that hybrids/hubrids intend to live here while they covertly practice controlling us, and the underground anshar/anunaki have a permanent hold over our underground real estate. The aliens are going to wax poetic about the value of human life, while theyve wasted us, reincarnation trapped us, forced us into bondage within their systems, and stood by as 110 billion humans died so that they could get the culminative DNA of the current generation we have now.

1
andischreff 11 months ago
Serious question: where are getting this information?
1
ACuriousHumanBeing 11 months ago

If anything since learning the truth I've been more bemused than anything...

1
tacocat9797 11 months ago
Yes! I have been full of awe and wonder like a child because of space, science, and the possibility of life 'out there'. It made me feel so small and humbled. I felt like a citizen of the universe and a steward to the earth.
2
garbotalk 11 months ago

Hey, Senators, we already know, and we haven't panicked.

BE HONEST FOR ONCE!

TELL THE TRUTH ABOUT ALIENS!

Good I hope they bring a revised version of their 'To Serve Man' cook book. I'd like a signed copy. I'm sure it's been updated by now.

Warner is from outer space

Trump said he doesn't believe in UFO's. That's how we know they're real :)

I know it's real tin foil hat stuff, but is anyone else concerned about a false flag "alien attack"? A friend mentioned it to me and it sounded interesting

That's not real ai...that's programming in a frame of reference.

Great idea, select known liars to give the public the truth about UFO sightings. This should go over without a hitch.

3
CarlosSpcyWeiner 11 months ago
How are navy officials and pilots known liars
0
tenspot20 11 months ago
I'm pretty sure you know the liars that I am referring to. Senator Mark Warner for one, a major Russia Hoaxer, a SCOTUS nominee lie fabricator, you trust this dishonest joker?
0
CarlosSpcyWeiner 11 months ago
So you’re upset a classified congressional hearing is being heard by congressmen? He might be a scumbag but he’s also the vice chair of the intelligence committee, it’s literally his job to be briefed on matters like this. What’d you expect?
0
tenspot20 11 months ago
I expect that a man trusted with this kind of information not be the same man who attempted to perpetrate a Russian LIE aimed at the President of the United States! You want me to trust this proven liar?
0
CarlosSpcyWeiner 11 months ago
I’m not asking you to do anything, I don’t even know what you’re talking about. What does “perpetuate a Russian LIE” mean? Also, it doesn’t matter if you trust him or not because it’s not his responsibility to disclose this info to the public. What part of ‘classified congressional briefing’ do you not understand? Edit: nvm I understand now, you unironically post in the_donald
0
Orfez 11 months ago
Well, it's a briefing behind closed doors so public won't be hearing anything.
3
Bnaleid 11 months ago

probably should have done that BEFORE transmitting our location to the entire Universe, LOL

I’ll bet the aliens will ask, “take me to your leader” and then after talking to Trump, they’ll ask for a different leader.

I can't wait till we make official contact publically

What could be claim was his "Need to know"?

2
michapman2 11 months ago
I think the vice chair of the Senate Intelligence Committee can probably get access to these types of briefings.
2
RogueA 11 months ago

I want to believe

They are probing us, militarily and sexually probing us simaltaneously, they are very good multi taskers especially in regards to probing

The public should be demanding to see more of the tic tac and gimbal video. We need to strike while the iron is hot. Don’t take all this media attention for granted.

25
Kohox 11 months ago
Im all up in this ufo stuff.. my wife could not care less despite me showing her the updates.. the public doesnt care.
6
matb321 11 months ago
Surprisingly my wife is interested. I thought something might have been going on but now we all definitely know something is going on. Very interesting time to be alive that is for sure. My friends do not seem interested for some reason though even after I showed them all the happenings going on.
1
The_James_Spader 11 months ago
My wife is semi interested but I am all in.
1
mthrndr 11 months ago
Yes! This is driving me crazy. even assuming the videos are completely undoctored, there is absolutely NOTHING shown so far that is outside the realm of reasonable explanation. Where are the objects going into / coming out of the ocean? Where are the hairpin turns? Where are the sudden launches into space? All we have is written description and until I see video with source control I will remain unconvinced.
0
Brother_Clovis 11 months ago
As someone who has always been interested in UFOs, but also extremely skeptical, you hit the nail on the head. To me, it's very suspicious that they cut the video down to the few seconds we get to see. They have to know, when it comes to this type of thing, every second of proof counts.
7
Beachbum74 11 months ago
Dude they are scared about turning civilization upside down. Right now there’s still enough chaff out there to throw shade on the whole thing. I mean Bob Lazar on JRE doesn’t do anything but confuse people meanwhile the government takes time out their schedule to review something that TTSA made public. Slowly but steadily people are accepting until everyone is just like ‘oh of course UFOs are real, didn’t we always know that’. Right now there are millions of people that don’t want to really believe because it messes with their personal view of the world. Don’t believe me, just start asking people. Some people don’t even believe any other civilian in the universe exists...
0
jammygit - @jammygit 11 months ago
Is politico a credible news source for this sort of thing? It would be so much fun to be on the committee tackling this.
svd4anything - @svd4anything 11 months ago
As someone who has been following this some recently I think we are slowly building up to the point where there is official government acknowledgment that there are actually repeated real phenomena of something, so the next step is discussing what should be done to try and understand it. But denying there is something will becoming increasingly difficult.
directedEnergie - @directedEnergie 11 months ago
It's directed energy weapons. Crossing the beams to produce interactive floating three dimensional shapes.

It's not (ayy lmao) space aliens. It ain't martians.

It's new technology flexing from all the countries that have the budget for carrying on vehicles these high powered lasers and beam forming phased array systems.

Bloomberg expects bitcoin to double to $20,000 this year, says something needs to go ..