The US Quietly Printed $75 Billion out of Thin Air (For the Banks). This Is Why Bitcoin Matters
The Federal Reserve Bank of New York very quietly handed out $75 billion in cash to the banks on Wednesday in a process known as a ‘repurchase operation,’ or repo. 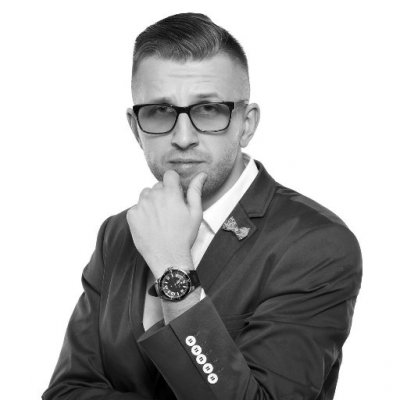 Cezary Graf | CRYPTO POLAND - @CryptoPoland 8 months ago
RT @JWilliamsFstmed: “Repo” means something different in my world. The Federal Reserve Bank of New York very quietly handed out $75 billion in cash to the banks on Wednesday in a process known as a ‘repurchase operation,’ or repo. https://t.co/25x4K6lHuY
27 75 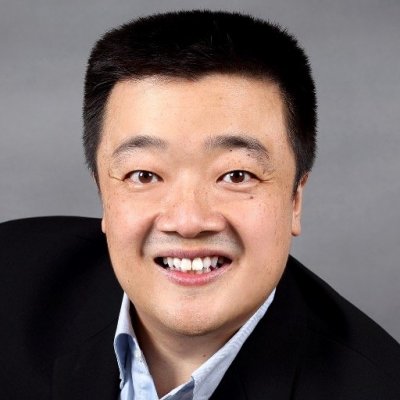 Bobby Lee - @bobbyclee 8 months ago
This could very well be the beginnings of the next #Bitcoin #bullmarket cycle. Don’t get too excited and expect a big run-up soon though, as the bull market always start off slow... https://t.co/qJeC6d16y2
3 16
Black_RL 8 months ago

But hard forking Bitcoin is ok?

Crypto could save economies of many countries rather soon.

How is this anything different when Tether is printed out of thin air with no oversight what so ever.

Don't downvote me just for suggesting possiblities, guys. I have found evidence of likely vote manipulation with regards to coinrivet and another site. Source and the removeddit link.

Now then, there are quite a few posters in here with sketchy post histories. This, in and of itself, indicates nothing, but imagine yourself being in possession of that many accounts generating conversation surrounding a topic just "going with the flow." it wouldn't be difficult to exploit, would it be?

And who do they give it to? Where does it go?

Honest question - let's say the government couldn't do this. What would happen? There was short term liquidity crunch that caused interest rates to spike. We've seen things like this before. It's akin to trying to run an engine without any oil in it, the whole thing just seizes up.

In our glorious crypto future where fiat is dead and governments can't affect markets like this, what is the answer a similar financial crisis? When everything freezes up and there aren't any entities that can spend heavily in the short term to keep the entire thing from going ass over tea kettle.

Look, don't get me wrong, I'm all for the digital deflationary future, but I'm highly skeptical of people that think it will only be good and there is literally no possible downside to any of it. If nobody has the power to step in when markets begin to behave erratically (or not at all), how does the economy of the future claw it's way out of a recession? The boom and bust cycles that plagued every economy for three hundred years before the past hundred are likely going to return.

TL;DR - Even if crypto grants us freedom from fiat, it doesn't not guarantee any kind of economic utopia going forward.

6
sneaky-rabbit Platinum | QC: NANO 171, CC 48 8 months ago
It allows for BAD companies to go bankrupt. Today, bad companies (that generate no return) are kept afloat through ever increasing debt. Its just a never ending sea of promises. Companies should create value, not destroy it and place the burdens on third parties.
7
I_pro 8 months ago

run out of money - cannot trade. unless you are a bank trading with a bank. playing the same game with different rules.

One of the reasons they've actually been able to continue to print money like this is actually because of drug trade. And they don't want to admit it but billions of USD cash arre held in houses in Mexico and in Hong Kong and in Afghanistan. The War on Drugs is turning into a war on cash and that's why we need to prepare with a different type of currency. the Fed has done a great job of not allowing inflation and I don't think it's going to happen in the short term but there is a long-term plan here and that's exactly what this is about

If they can have the power to print money. Imagine the amount they are printing behind the curtains. The numbers that never get to us. Outside all regulations. Oh please don't tell me they are not doing it.

Just remember. While you're making a budget, working two jobs and struggling to make it until the next paycheck, the government is printing more money than you've ever seen and giving it away to the big banks. Then remember that your tax dollars went to those same banks.

It's time for a new system.

Lots of folks in traditional circles blaming it on routine stuff or happenstance, timing wise, who seem unwilling to explain why this hasn't happened since 2008. Inverse yield curve. Liquidity issues popping up here and there.

The fed has a lot of hot air to blow into this balloon.

Remains to be seen if it will be enough.

But this is fine as its backed by the greatest resource in the history of the world. It can never be destroyed. Is immutable. Is fungible. Is instantly refreshed by war.

8
xblackout_ Redditor for 6 months. 8 months ago

This is good for crypto, a recession is probably going to be very bad for crypto until it really catches on

Hmmm. That’s deflating LIBOR... Which should trickle down to stimulate commercial and consumer borrowing. Which indicates the greater economy might not be as healthy as they’re telling us. Time to shore up defences...

Go back in time, via this video, and get a good look at the tip of the ice berg ... around the time when Bitcoin was "born".

Plunder: The Crime of Our Time (Full Documentary)

It's about to happen again, only worse.

And it will go directly to the wealthy because they choose not to fix anything that is wrong with our system. Just more and more money handed to the wealthy but when the rest of us need fucking anything "there's no money". Fuck this world.

16
Johndrc 8 months ago
Now you know why warren & charlee hate btc so much 🙂
1
Larky999 Bronze 8 months ago
If you're American, a green new deal is the only thing that'll shake things up. We got a world to save, and billionaires ain't gonna do it for us.
4
HayektheHustler Bronze | QC: TraderSubs 6 8 months ago
Fuck that noise. There are better ways to shake things up than crash the economy over some inane ideas.
1
norsegaud Bronze 8 months ago
Sooner you accept it for what it is and stop playing the game, the better your life will be. Lots of us are working on getting off the system through cryptocurrency.
12
cryptohoney Silver | QC: BTC 26 8 months ago

You forgot a very important fact. Banks inject 75 billion AND will make billions in profit.

12
tranceology3 Platinum | QC: BTC 467, Tronix 341, CC 199 | Trade 8 months ago
Exactly. Recover the losses and loan out more money collecting interest again. How nice would that be to give a loan to a friend, charge all this interest. Collect some, he doesn't pay it all back, then ask your father, can I have $10,000, Jimmy didnt pay me. Sure here you go. Then go loan it out again to Fred and charge interest all over again.
3
TremblerBody 8 months ago

3
KapyongQ 8 months ago
No, not printing currency, but creating money - a very different thing, but often confused.
4
Chaapps Low Crypto Activity | QC: Karma Farming 8 8 months ago
What’s the difference?
2
KapyongQ 8 months ago
Printing money means physically manufacturing notes. The Fed does NOT do that (that's the BEP's job.) The phrase "printing money" is commonly used for these stories, but this popular phrase is NOT literally accurate. The Fed (a private banking cartel) creates money as numbers in a computer - essentially someone types "54 000 000 000" and presses enter, and voila - there is 54 billion $ more in existence. No printing. That's why Henry Ford said "*It is perhaps well enough that the people of the nation do not know or understand our banking and monetary system, for if they did I believe there would be a revolution before tomorrow morning.*" The number of physical $ notes in existence is maybe a trillion or so - a tiny fraction of the total number of dollars in bank computers, which is hundreds of trillions.
14
CaptainTortillas_ 8 months ago
Man my pockets don’t feel so safe knowing someone can just type $50,000,000,000 into a system and instantly create more money then I’ll ever see in my entire lifetime
10
DamnThatsLaser Silver | QC: XMR 36 | r/Linux 424 8 months ago
[Good thing this can't happen with crypto](https://cryptosteemman.org/tether-issued-then-burned-5-billion-usdt/)
0
KapyongQ 8 months ago
Indeed. That's what QE ('quantative easing') is all about - creating (easing) vast amounts (quantity) of money - for the banks (not the people.) The only real economic growth in recent years. Which is what makes the US$ so risky & shaky - and BTC so hard & solid.
5
raptorgzus Silver | QC: CC 53, XLM 28 8 months ago
then it trickles in to stocks, which then in return make the haves happy. This is why we are here. This is why we crypto.
2
enpe Bronze | QC: TraderSubs 62 8 months ago
Hard and solid... giggity
11
alexiglesias007 8 months ago

Reminds me of the nano premine

EDIT: This is CCN guys, they have no concerns for journalistic integrity. I "published" this today: http://mlg420crypto.com/blocking-edward-snowdens-book-permanent-record-will-cause-bitcoin-to-skyrocket/