Christopher Wheeler - @Stocktrader 1 year ago
RT @TuurDemeester: For those who prefer to read my Ethereum tweetstorm in an article format: https://t.co/OzW88hBUgr https://t.co/S3PRRxGdHo
56 209 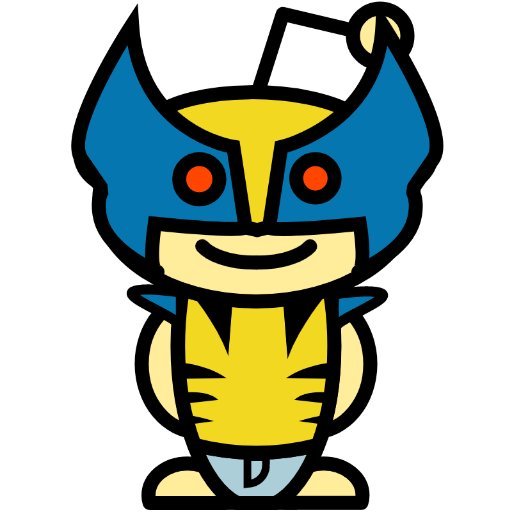 Tuur Demeester - @TuurDemeester 1 year ago
For those who prefer to read my Ethereum tweetstorm in an article format: https://t.co/OzW88hBUgr https://t.co/S3PRRxGdHo
25 104
SaltyPockets 1 year ago

Well, as things get worse out there in 'coiner land, I expect they will turn on each other more and more.

I'll get the popcorn.

Turd Meister is an idiot, a 4'2" manlet with no credentials other than an undergrad degree in econ.

1
CountOneInterrupt 1 year ago
To be fair, an undergrad degree in econ is actually a better qualification than most of the butt space.
6
buy_the_fucking_dip 1 year ago
That's true. I believe he got it at an Open University, but even then, it's better than most. Still doesn't know anything, of course. Couldn't hold a job, of course. His only prospect is to make Austrian noises online and feed off of the occasional bone thrown at him by pumpers.
3
satoshi_fanclub 1 year ago
He's an idiot alright. You can't talk to him for more than 5 minutes without forming that opinion.
2
ancapaaron 1 year ago
Perfect person to lead the charge of the butt side in the holy war. 👌
6
Tjentiste 1 year ago

Just salty nocoiner FUD. This is good for Bitcoin.

Who invented this practice of quoting yourself?

Don't rely on it for mission critical apps unless absolutely necessary!

21
Charityb 1 year ago
For the most part, crypto currency applications only make sense if you start from the assumption that you need to use crypto currencies for everything. Lightning Network for example is a layer 2 protocol designed to address the latency issues with Bitcoin. It doesn’t work, but even if it did it’s only useful if you insist on using bitcoin for routine day to day transactions. Not even hardcore Bitcoin promoters actually want to use it as money (most of them hold their coins as speculative assets), so Lightning Network is essentially an ineffective solution to a problem that no one really has. The same is true for many other Bitcoin or blockchain based enterprise solutions. None of them are ever useful to someone who isn’t neck deep in the crypto currency fandom to begin with.
12
PM_ME_YOUR_STRINGS 1 year ago
Hey, what about the thousands of "crypto-startups" with their single products?
6
HopeFox 1 year ago

There's a surprising amount of truth in that post... and an unsurprising lack of self-awareness.

26
caffeine93 1 year ago
literally...especially the part where he talks about scaling and how ETH is bad at it, lol...and we saw how well BTC scales with $50 transaction fees and hours of waiting for confirms
14
satoshi_fanclub 1 year ago
Turd Emeester is Bitcoins undisputed king-turd. The guy would lie to his own dying mother if it added a buck to the price. The only truth in that article would be if he concluded it with the line "I'm a shithead".
3
JotReda 1 year ago

3
FinexThis 1 year ago
/u/VButerin one of your sockpuppet accounts?
4
JotReda 1 year ago
I AM THE LAW, I AM THE VITALIREUM
3
CalvinsStuffedTiger 1 year ago
You sound like a trump supporter bot
4
ancapaaron 1 year ago

I was looking at this post that was a butters criticisms of mEth, and was very interested to see Vitalik and him having an exchange. If the price of butts drops some more and the two become competitive like they should be things will begin to get very interesting. Bitcoin's price is way out of line, and the point this butter made about Ethereum's "market cap" being too high was comedy GODL to me. Butts are the king of over-valued cryptocurrency at current, and are just waiting to go belly up. mEth may very well be over-valued but Butts are even more so!

8
satoshi_fanclub 1 year ago
Its like watching two cripples hitting each other with crutches.
3
SnapshillBot 1 year ago

Obviously this can be done without bitcoin but

maaan, both ETH and bitcoin's LN are just bunch of craps. nobody cares. nobody would use lightning network because you need to have your LN wallet pre-funded before you can actually do transaction back and forth in the lightning network. Nobody is going to do that because in real world people spend what they want to spend in the same day. They don't put $300 budget to buy coca cola then leave it at some 'open wallet' to buy 10 coca cola each day. They don't do that. They put that $300 budget in the same bank account that they use to buy food, pay bills, etc.

Lightning network skips the 'convenient' factor of how average people actually use currency in real life, which hinders adoption even more because no average joe would change how they do their 'budgeting', create multiple pre-funded wallets just for different purposes. Remember. average joes are the key to adoption and average joes want this thing called 'convenience'. something that cryptocurrencies need to have if they want people in real world to adopt crypto.

and don't get me started with ETH. it's essentially just a gas for dApp but nobody actually use dApp for anything. cryptokitty was probably the most successful 'genuine' dApp that ethereum ever had, but even now it's losing userbase real fast