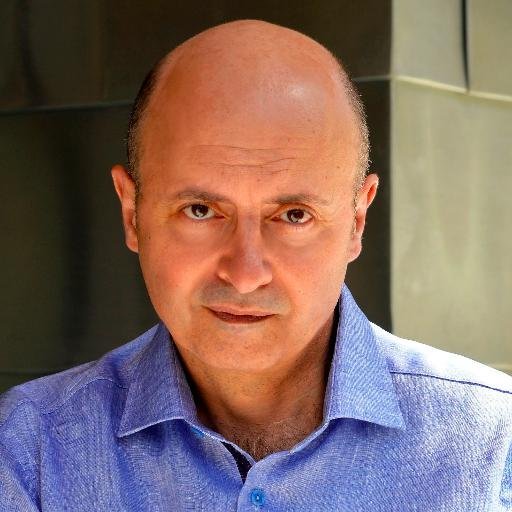 William Mougayar - @wmougayar 4 weeks ago
I'm one of the early adopters. You can read my journey on wmougayar.crypto (You need to install the Chrome extension or use Opera on Android) https://t.co/x13QiPWfis
2 8
tirtha_s 4 weeks ago

Can't find a single blog, URL. how do I access this, anyone has a clue?

Unstoppable Domains is a great project! We had an awesome AMA with them where everyone got a free Unstoppable domain. Great team and great product. Keep up the good work.

This is just a worse, more corporate, version of ENS and IPFS.

I said this before word "crypto" is doggy. Let's make it Eth or btc

What happens when someone writes lies about others on there? What about illegal things?

2
MagoCrypto 4 weeks ago
Copy from my other comment: The solution to that is second layer filtering. At the protocol layer, no one can block or stop your website, only you can put it up and only you can take it down. However, on the second layer, there will be filtering because there is a chance of content being objectionable and apps could choose not to resolve those domains. In the end, .crypto is a smart contract on the blockchain and if you don’t like the filtering decisions that apps make, you can ignore them and read the blockchain directly yourself. Essentially, I think it will be a community effort to have a blacklist of bad websites that apps can integrate.
3
aknutty 4 weeks ago
Your either going to get closed systems with tons of censorship and manipulation or you get open systems with freedom. I just don't see a way around it. We've done the authoritarian route for a few thousand years, I say let's try the other.
2
jconn93 4 weeks ago
Only one way to find out ;)
2
AgentVegetable 4 weeks ago

I think this will allow for less censorship to make us think things aren't being censored, BUT don't underestimate the governments out there.

We need a YouTube replacement. There is Bitchute but we need something more polished so there is more uptake.

why do people use 3box instead of just using ipfs and orbit db themselves?

1
onelovex3 4 weeks ago
afaik, 3box is an sdk to make it easier and faster to build things, it still uses OrbitDB under the hood. Also you can use OrbitDB and IPFS directly.
2
rapandcrypto 3 weeks ago
ty
1
areddituser46 Gold | QC: CC 70 | MiningSubs 15 4 weeks ago

Censorship is one of the many problems blockchain can solve. I can see this being particularly useful for media and decentralized reporting.

7
tranceology3 Silver | QC: BTC 474, CC 272, ETH 57 | TRX 400 | T 4 weeks ago
God it's going to be a mess with misinformation. While censorship resistant is what we all want, its also free to allow the most wildest theories come to life - like flat earth and political movements.
0
capsols Tin 3 weeks ago
This *was* one of my fears, as I'm working on a platform that you could call a dBlog but it's less traditional. I summarize it as more of a message in a bottle. I decided to embrace it. The goal is not for humanity to tell me **THE** truth but to tell me **THEIR** truth. Kind of like when you watch South Park, the goal is not to get the news. It's entertainment. Social commentary and insights are just a plus and up to you, the consumer, to integrate into your life or ignore.
1
Zelulose 4 weeks ago
Well then maybe Americans will need to get literate again now won't they? People might actually have to do some research themselves eh?
5
tranceology3 Silver | QC: BTC 474, CC 272, ETH 57 | TRX 400 | T 3 weeks ago
Yea good luck with that - that is not the direction our world is heading towards. Even people on reddit are persuaded by upvotes and downvotes.
2
Zelulose 3 weeks ago
I get what your saying sadly... lol
1
DaBears2DaShip Tin 4 weeks ago

One step at a time!

HNS does this and more. You can have your own censorhip-resistant TLDs and have your blogs or other content there. Or if you care, you can run subdomains on those TLDs as well.

“We expect over time all sorts of content that is currently controversial or maybe even not permissible in certain parts of the world popping up because the censorship-resistant internet is usable now.”

Okayyyyy....how about certain kind of very not permissible content. You know what I'm talking about. What happens when somebody blogs them pictures?

How will those guys feel? Unstoppable domains? More like unstoppable horrors.

Create a completely decentralized blog with a few clicks using 3BOX and IPFS!

4
beep_bop_boop_4 4 weeks ago
Clicked on 2nd link and it just hung for like 30 sec until I gave up, sigh...
1
redditbsbsbs 4 weeks ago
I'll look into it
1
jconn93 4 weeks ago
I was hoping you would.
1
ethereumflow Redditor for 1 months. 4 weeks ago

How exciting! I have just started the transition from Instagram to Vero. This adds another level of removing corporate control from my life.

Create a completely decentralized blog with a few clicks using 3BOX and IPFS!