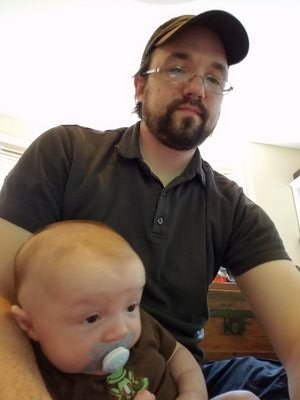 Dan McArdle - @robustus 8 months ago
RT @balajis: Control the virus, not the prices. This stuff has absolutely nothing whatsoever to do with pandemic control. https://t.co/jn9c45HpZm
55 368

Balaji S. Srinivasan - @balajis 8 months ago
Control the virus, not the prices. This stuff has absolutely nothing whatsoever to do with pandemic control. https://t.co/jn9c45HpZm
60 404 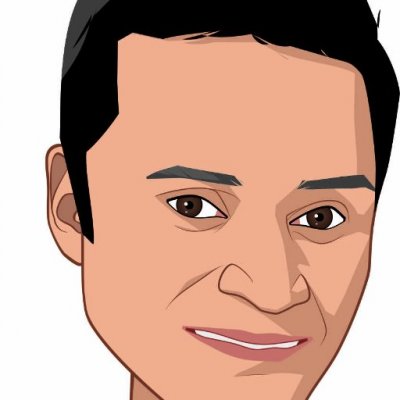 Chandra Duggirala MD - @csentropy 8 months ago
RT @zackkanter: We must make it illegal for small businesses to sell themselves to companies with lots of money in order to protect small businesses. https://t.co/exwug0AQwZ
19 265 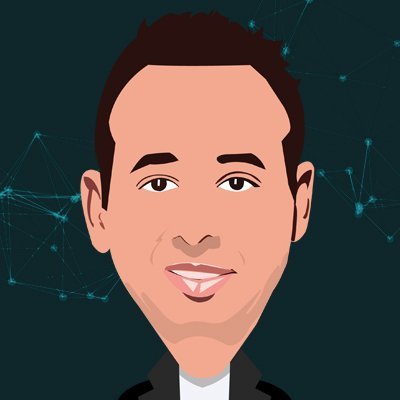 Ran NeuNer - @cryptomanran 8 months ago
We should let the geniuses and the socialist party govern the “land of the free” , “land of opportunity”.... https://t.co/FDaZgxePIf
1 2
Usagi_no_Michi 8 months ago

It's critical that we fight this fight, even if we end up losing. It's the right side of history to be on, and corps are already profiting off of the crisis small businesses are going through. We can't let that truth get washed away by the firehose.

This will never ever pass (because both the GOP and half the Dems will listen to the Chamber of Commerce) so the best hope is jamming through a rent freeze somehow and then trying to persuade Biden to break up big everything next year. Because there is going to be major consolidation. Mitch’s donors are salivating at the thought.

As a messaging bill to signal to Biden that she’s the populist flag bearer of the party and the best bridge to the AOC generation despite being 70 however...excellent work

M&A activity basically hasn't been thing since the start of the COVID-19 outbreak. This is a cure for a problem that doesn't exist.

4
SuccessfulOperation 8 months ago
Wait till companies start crying uncle. The FAANG will be there with open arms and come out on the other side of this with WAY more power. Not. Good.
0
Trexrunner :imf: IMF 8 months ago
I’m still not sure why it’s a bad thing. Obviously, businesses folding due to the virus isn’t ideal...but access to capital through a merger is a potential life ring in a tempest. It’s not like mergers are an involuntary activity. What is the alternative. Close shop?
8
PolyDudeNYC 8 months ago

Good thing T-Mobile and sprint merged just before the shit hit the fan.

I think curbing back LBOs when capital is rolling around seeking high returns and plenty of companies are vulnerable is probably a good idea because of the reliable shitty outcomes that LBOs wind up producing.

But M&As in general are kind of a part of how companies in trouble deleverage and survive. Just be a little more holistic than "does it benefit consumar/???????? THEN OK" when evaluating them, because everyone knows how to game that.

where is the M&A advisors ping

Elizabeth Warren famously made breaking up several big tech companies part of her platform, something that, not surprisingly, turned off a lot of people on this subreddit. I often see people finding her view on things incomprehensible here, but there's a lot more substance -- and pro-capitalist instinct -- behind her anti-trust policy than we often give her credit for.

I'm plagiarizing myself from a few months ago here, so I apologize if this comment seems familiar:

By all appearances, Warren seems to take a more classical "does this harm the marketplace" approach to anti-trust, rather than the more limited "are we sure this harms consumers" approach, such that a business practice that is anti-competitive but can't be shown to be directly hurting consumers may still draw her ire. This isn't to say that she isn't concerned for consumer welfare as the end goal, just that she seems to regard market health as a really strong heuristic for estimating whether consumers are harmed in the long run, and as a result is very skeptical of vertical and horizontal integration in general, and doesn't give a lot of credit to the argument that "the efficiency benefits of removing redundancies will be passed on to consumers".

One of her two underlying arguments behind "break them up" was to reverse mergers that she believes should never have been approved. Her belief was, and presumably still is, that the DOJ and FTC have repeatedly green lit mergers that they knew to be anti-competitive, sometimes with conditions (spin off this part of the business and you can merge), and that this has often been shown to result in disproportionate price increases that ultimately harm consumers over the long run. She might even be ultimately right about that; though it must be said, her proposal during the campaign of reversing mergers that have already happened seems like an extreme step compared to just being more strict going forward.

Her second argument supporting breaking up big tech companies was about defining and strictly regulating "platform utilities", with examples like Amazon promoting its own brands in its marketplace or Google promoting their own brands in search results. This is a case where even people who don't like Warren should be able to acknowledge that she "has a point" at the very least. A single company both owning the dominant marketplace for something and making sure their own stuff is promoted more heavily than third party participants is a kind of market failure; on a small scale it's probably not terribly harmful, but on a large enough scale it starts to stifle competition and hurt smaller businesses trying to break into the marketplace. That's mostly a regulatory proposal, though it falls under "break them up" because it could force companies like Amazon, which participates heavily in its own marketplace, to spin off or shut down parts of their business.

None of this is to say you have to agree with her; her campaign trail proposal to reverse past mergers and fundamentally disrupt the business model of several major companies is not a gentle or modest solution to the problem, even if you do agree with her argument. You might agree with her argument but not her conclusion. But this is not merely anti-corporate jeering; she has a coherent argument that a number of widely accepted industry practices and past mergers have been significantly anti-competitive and are likely to be harmful to consumers in the long run.

I get wanting to stop mega corps from buying up all the competition during a crisis, but $100M revenue is too low a cap. Add that to the fact that some companies are going to faced with the decision to close down or sell and regulation like this is gonna put more people out of work.

Warren’s back to being a mask-off succ after the “Beth from Oklahoma” shtick failed her in the primary. Dodged a bullet there.

30
SuccessfulOperation 8 months ago
Do you not have a problem with big biz just putting us in a figure 4 when we're most vulnerable?
0
BlueString94 8 months ago
$100MM dollars is not Big Business.
6
Happy_Gentrifier 8 months ago
Do you not have a problem with politically opportunistic government overreach against corporate action that has no actual relevance to (and actually in many cases would aid to) the economic recovery from coronavirus? We already have anti-monopolistic laws and regulatory bodies, so a “Pandemic Anti-Monopoly Act” that imposes a blanket ban on M&A until some undetermined date to be determined by the FTC down the line serves no actual purpose besides virtue signaling to voters who don't know any better. Luckily this is just a PR bill and has zero chance of becoming law. In reality, there will be necessary M&A happening in the coming months to restructure companies that are suddenly distressed due to covid which supports job growth and has no risk of "Pandemic Monopoly" or whatever Warren and AOC want to ramble on about.
22
SuccessfulOperation 8 months ago
theres opportunistic overreach from companies from these companies...
0
Happy_Gentrifier 8 months ago
Lol what the fuck are you talking about? Capitalism?
8
After_Grab :nato: NATO 8 months ago
¨in a figure¨?
5
Sex_E_Searcher :carney: Mark Carney 8 months ago
Figure 4 is a type of leg lock in wrestling.
5
gabagool69 8 months ago

Because what this country needs most right now is more ideological attacks against corporations. Let's restrict corporate capital at a time when everything is already shut down and liquidity is at a premium. Just brilliant. Fortunately this has no chance to pass.

0
MrDickford 8 months ago
God help me, is there a single financial professional out there who doesn't think he can read the secret magic that animates the world just because he can recite the AUM of every Manhattan-based PE firm worth over $20 billion while gargling a glass of water?
1
TheDarkDefender117 8 months ago
Your statement, just like your username, is nothing but gabagool
4
gabagool69 8 months ago
Would you like to explain how it is to the benefit of Americans to prohibit PE firms from deploying capital to prospective portfolio companies while portfolio companies are in desperate need of capital? What do you think would happen to those portfolio companies if this passed (it has a 0% chance, this is entirely a PR stunt)? Because that's scoped into this proposal.
0
AutoModerator 8 months ago

A necessary step. The push to revive antitrust enforcement has been gaining traction on both the left and the right. Lots of recent and upcoming books to add to your reading list:

16
TheRealPooh :va: Virginia 8 months ago
I'm halfway through an advanced copy of the Dayen book and I HIGHLY rec it to any Warren Dem. Warren is actually mentioned in the book fairly early on. The Curse of Bigness is also a great quick read, and I'm excited to receive my order of Teachout's new book
5
See all