When does Hospital Capacity Get Overwhelmed in USA? Germany?
This essay asks: how long before hospital capacity gets overwhelmed; at which point death rate jumps. The focus is hot zones of USA and Germany: Washington state (WA) and Berlin. According to the…

Tuur Demeester - @TuurDemeester 10 months ago
According to this model, the need for hospital beds will exceed Washington State's capacity in less than 3 weeks. https://t.co/pwIt2TKtY3 https://t.co/0EQO73JXmo
12 40 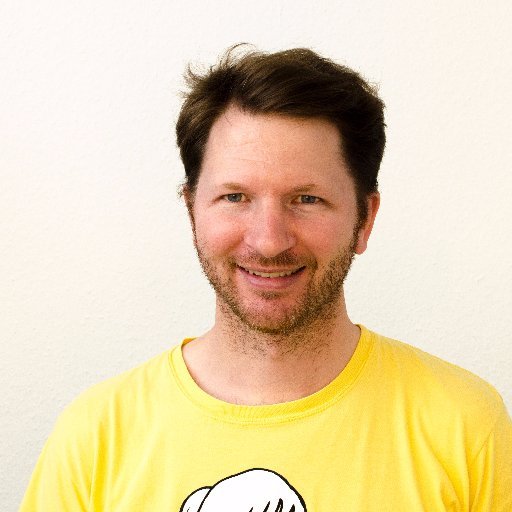 I cant believe the inaction of my country. Predictions say that 70% of germans could get infected and we have done nothing so far to fight it. (Nearly all schools are still open). Lets go with the worst case scenario: 70%. Germany has 82 M people. Mortality Rate is about 3% (number still changes a lot and depends on region/state and medical resources). So if I am right this would mean that around 1.7 Million Germans are gonna bite the dust? For every death that is about to happen, and all the possible long term damage caused in the survivors lungs I blame our goverment which never disappoints to disappoint. My father has already isolated himself but if he dies I will blame the goverment and I will never forgive them for that. Current Numbers: Around 1900 infected

TLDR; "According to the model, Washington state will go over capacity on approximately Mar 25, 2020."

This is rubbish. There is a reason why virologists are silent on this topic and it's their fucking job. They've analyzed countless previous diseases and have much better data. But it's still too unpredictable, there are too many factors to be accounted for.

You can't just go with exponential curves like these morons.

1
lubujackson 10 months ago
Yet in Seattle they are taking over a hotel for extra bed space. So maybe the virologists aren't silent but actually working to solve the problem, not posting on Reddit.
1
Pxorp 10 months ago
Of course they are creating new capacities everywhere. I'm just saying the data is wrong here. The graphs were done by an amateur in the field after all.
1
IfaqYurmama 10 months ago

Just the flu bro’s. Where you at?

I really hope that Bill gates and his wife see this model. It’s the only one I’ve seen based on the science and probability available to us, and they’re looking to stop this thing without the help of the government, they’re gunna need to know these numbers. So far, his foundation has done more to prepare and protect the people than the POTUS and his entire administration. Lies do not help THE people to prepare, they only help those people in the circle of truth. How eye opening this whole issue has been.

1
exposedtofire 10 months ago
Based on what I understand about Bill Gates, he probably will. But I wouldnt rely on him.
2
SayLawVee 10 months ago
I wouldn’t like to rely on him, but it sure feels like all of our eggs are in his basket at this point.
1
exposedtofire 10 months ago
My personal feeling is that there is no way personal wealth could act on a large enough scale to protect an entire country or beyond. What is needed is strong governmental action in a scenario like this and because the government has more or less fallen into disrepair, we have weak to little support. I do think that we will see a strong response from businesses to protect their investments and labor though.
3
TBTop 10 months ago

It'll be overwhelmed when the 158th Karen from Green Lake gets into her Prius and drives over to the UW Medical Center and demands a COVID test because she has the sniffles but her aromatherapy didn't work? LOL

0
Evan_Th 10 months ago
Fortunately, you can get a test without taking up a hospital bed.
4
OZKlaaaK 10 months ago

The medium post models the doubling time as ~4 days, probably because it's relying on reported cases whereas the doubling time is more likely around 7 days. Additionally, there's no recovery fraction in the model, average patients will need beds for a couple weeks so this is a somewhat justified simplification, but it again biases us towards a more severe prediction. Finally, the assumption of 15% free beds is likely too low by roughly 2x. All of these assumptions bias the model in the same direction and make the situation out to be more acute than it likely is in reality. This is not to say we won't run out of hospital beds, but this is more likely to occur in about 2 months than 3 weeks.

4
pxr555 10 months ago
If there are more infections than reported the real doubling time is faster, not slower. And 30% free beds? Where? In Germany even 15% already is a generous assumption.
1
BeaversAreTasty 10 months ago

So despite our backwards, for-profit system, the US isn't all that far behind Germany? This isn't very reassuring.

then account for the fact that some people will require mechanical ventilation.

and some of those will require ECMO machines (heart/lung bypass).

ventilators and bypass machines are even fewer in number..

small towns aren't even going to have them

RemindMe! On March 25, 2020 has Washington State run out of hospital beds?

A good intro to the topic, and a good non-specialist effort!

Would love to see a pro version of this, or at least pro criticism of the model and sources.

Not that I expect the results to be all that different; exponents are pretty brutal that way.

‘ when do we run out of hospital beds in the metro area ? ‘ is an important question. Anyone can try to work that out given the public data available, but non experts are probably going to make mistakes in doing that.

I’d be curious to see if someone with some credibility on this has tried to work out the answer.

Nice and helpful analysis, but I think you’ve made three mistakes for Seattle. (I live in Seattle and have done similar calculations, but without posting them.)

Medium.com is NOT A RELIABLE SOURCE. Anybody can post anything they want. I would not trust the information until confirmed by multiple, independent sources. Additionally, their methods seem highly flawed.

26
Sunstang 10 months ago
Highly flawed how? It doesn't take a model as complicated as theirs to know that we've got a problem on our hands. Basic math will tell you that.   There are about 5200 hospital beds in all King County hospitals combined. It’s still flu season, so let’s assume a minimum of 75% occupancy rate, that’s 1300 available beds.   Assume state and local resources can double that count – that’s approximately 2600. If they can triple it, 3900.   If we assume only 8% of the Seattle population will become infected, (similar transmission rates to a tough flu season) (city pop approx. 725,000) that’s 58,000 infected.   If we assume that between 2% and 5% of those will require hospitalization, that’s 1,160 to 2,900 soon to be occupied hospital beds.   That’s just counting the city itself. The population of the Seattle Metro area is nearly four million.   Eight percent of that is 320,000. 2-5% of that number is 6,400 – 16,000 people requiring hospitalization, with capacity potentially able to only meet a quarter of need.
0
PuffStanely 10 months ago
Those assumptions are either unrelated to to the final conclusion, too far of a reach (unrelated variables being correlated), or are a result of correlation incorrectly being assumed as causation. Source: molecular biologist and epidemiologist.
0
tacoslikeme 10 months ago
then we should downvote this post to get it off the front page. Misinformation is worse that no information
6
TwistedPurpose 10 months ago
Agreed, this data seems like some folks playing with numbers. The perception of Covid-19 in WA seems far greater than the reality.
3
Fruehling4 10 months ago
I'd say it's a medium reliable source.
0
PuffStanely 10 months ago
Any evidence? Source? Peer reviewed articles on the site? Regardless, is this specific article credible? Is it peer reviewed? Does it have valid, reproducible methods?
0
Fruehling4 10 months ago
It's word play buddy. Calm down
1
PuffStanely 10 months ago
You’re wrong. And because I said it that means it must be true. See the issue?
1
See all