Why prediction markets are bad at predicting who’ll be president
Betting markets show Bloomberg as a leading candidate. Really? 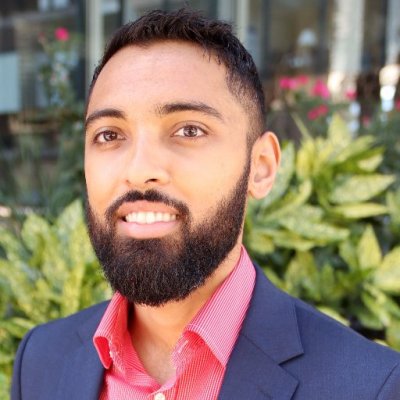 Tushar Jain - @TusharJain_ 7 months ago
If you believe that prediction markets are wrong you should go bet against them and get that free money @voxdotcom https://t.co/9hO4KFkwQD
0 0 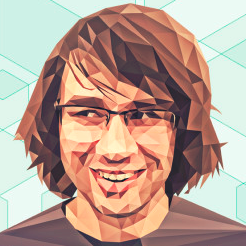 Vlad Zamfir - @VladZamfir 7 months ago
This kind of "bet on it" demand is cheap intellectual bullying imo https://t.co/Hpv0LzKClw
0 2
kellogg9 7 months ago

PredictIt and others are indeed bad. I remember back in October they had Warren as the predicted nominee by a 2 to 1 margin. She is now in single digit pennies.

Nominating Bloomberg will end the Democratic party's status as a major party. It'd break the party.

We will not vote for Bloomberg, a richer & more racist & more sexist & more authoritarian & more delusional & more cruel version of Trump ... we got better shit to do, like do our jobs and relax afterwards, not use our legs & time voting against our interests

3
rittersport12 7 months ago
It's ridiculous that a single Dem voter believes *Mike Fucking Bloomberg* will draw the kind of turnout we need to win. How can anyone who is arguing in good faith possibly believe that a *racist, misogynistic, Republican billionaire* is the answer? Are they disconnected from reality, or simply lying?
7
imstarving 7 months ago

Not one single person has voted for, or donated money to Bloomberg. Stop falling for this crap, Democrats .

11
Wedgenet :flag-ny: New York 7 months ago
Do you know that he wasn't on the ballot in either of the two states that have voted yet?
1
imstarving 7 months ago
Of course I know that. I'm talking about the polls. a man who has never been voted for other than a couple write-in votes is currently in second in a lot of polls... It's pathetic.
1
Wedgenet :flag-ny: New York 7 months ago
Why should Iowa or New Hampshire voters get to decide for voters in any other state who they should be able to vote for?
2
imstarving 7 months ago
I agree...super Tuesday should come first... And maybe even more "super" with a good mix of states
1
kcajfrodnekcod 7 months ago
What an insult to the people of the first four states
2
Wedgenet :flag-ny: New York 7 months ago
What's the insult? Bloomberg not being on the ballot in those states? If I recall correctly he didn't declare his candidacy until after the filing deadlines in the earliest states.
1
kcajfrodnekcod 7 months ago
Right, exactly. It’s an insult to say, I don’t care about the preferences of the first four states’ populations
1
Wedgenet :flag-ny: New York 7 months ago
Voters in those early states who feel insulted because Bloomberg didn't start running until after their state deadlines can react to that by not voting for him... And since he isn't on the ballot, it seems that most won't, right? What's the problem?
1
kcajfrodnekcod 7 months ago
He made a strategic decision not to be on the ballot in the first four states because he thought they’d harm his campaign. If I’m a voter there, I’d feel insulted that he wants to ignore our opinions. This will depreciate Bloomberg’s ability to compete with Trump in those four states, and make him an ill candidate. In addition to the surveillance of muslims, terrorization of black people, condescension towards women and trans people, union busting, and funding the campaigns of Republican climate denialists.
1
Wedgenet :flag-ny: New York 7 months ago
You don't need to convince me not to vote for him. I don't like his platform. However, I wouldn't take his not registering for a primary personally. But you feel free to do so. It just seems like a waste of energy to be offended about it.
1
[deleted] 7 months ago
He actually got write in votes in NH and some small number of caucusgoers in Iowa. And he has sworn off donations his entire political career so it shouldn't come as a surprise that he hasn't taken any this year.
0
[deleted] 7 months ago
A billionaire self funding his campaign means he only answers to himself, a billionaire with his own interests ... that is the definition of oligarchy, that is even worse than what we have today: corporate funded elections
12
[deleted] 7 months ago
It also means he's not beholden to special interests or a rabid base of donors.
0
imstarving 7 months ago
Yeah, Trump fans said that too..🙄
2
[deleted] 7 months ago
Bloomberg is an actual billionaire tho, not a fake one who relies on endless free press and billions from big money R donors. Everyone says they're not beholden to special interests, even when they get boosted by dark money PACs like Bernie.
0
gooby1985 7 months ago
Man, I hope you're getting the $2500 to hype Bloomberg's campaign.
1
kcajfrodnekcod 7 months ago
He IS the special interest lol
4
Apagtks 7 months ago
Where have I heard this before...
6
TheRightKost 7 months ago
A billionaire self funding his campaign is actually not the definition of oligarchy.
0
kcajfrodnekcod 7 months ago
If he spent 60 bil on tv ads would you change your mind
3
TheRightKost 7 months ago
No, because that would still not be the definition of an oligarchy. It would be a billionaire spending his money on TV ads.
0
kcajfrodnekcod 7 months ago
How about Bloomberg News giving him cover and positive media despite his assurance that the outlet won’t mention him? The man owns a massive segment of the media market and is using it to manipulate the election, is that still not enough to be an oligarch in your mind? Where’s the line between America and Russia that makes them an oligarchy and us not?
2
AutoModerator 7 months ago

Can we please have Augur back soon so I can short this fucker?

1
nonself 7 months ago
Are we reading the same article? The Vox article I'm looking at seems to be saying 538 (Nate Silver) is right, and Betfair and PredictIt are out of their damn minds. What I found interesting was the problems they identified as causing these absurd predictions: over-regulation, high fees, and low liquidity making markets easier to manipulate - all of which Augur could potentially solve.
11
LGuappo 7 months ago
I also think there is some serious selection bias. The pool of people who are interested in betting markets, and particularly people who are interested in betting markets using cryptocurrencies, is going to be self-selected and share a lot of factors in common with people who support fringe candidates like Yang or conspiracy theories like Hillary is all-powerful and just waiting for her moment to re-emerge and be the nominee. If the markets get big enough, I would expect that bias to disappear eventually.
6
See all

A New Era of Media Begins With Tokenization

How to Pay for Bitcoin Development