Why 'stable coins' are no answer to bitcoin's instability
New cryptocurrencies such as Tether may be pegged to the dollar, but they have big flaws 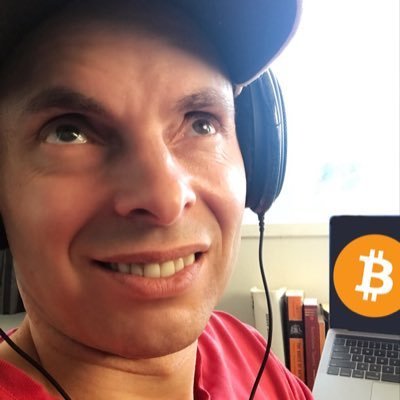 Ash - @Crypto4Lif 1 year ago
Fiat isn’t usually 100% stable either. They either float like the USD or managed like Thai Baht or pegged hard like $HK dollar. I don’t know why expect stablecoins to be any different. Badly designed they can break like the UK £ or really well managed like $HK they can hold https://t.co/8RtRi7nuQR
0 0 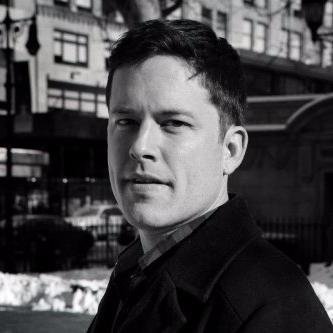 Nathaniel Popper - @nathanielpopper 1 year ago
"All of this will be familiar to anyone who has encountered even a single study of speculative attacks on pegged exchange rates... But this doesn’t mean that it is familiar to the wet-behind-the-ears software engineers touting stable coins" https://t.co/qD3C1HYFwd
1 4
rheadly 1 year ago

The Winklevosses are claiming that Gemini$ will be FDIC insured. I guess we'll have to see how that plays out however.

2
TeslaApe 1 year ago
If it turns out that the FDIC doesn't insure it, why, that claim would be a lie. Somebody saying something false in order to gain an advantage. Has never happened in the crypto space.
1
iLoveStableCoins 1 year ago
I agree with this sub that crypto-currencies and "blockchain" have extraordinarily limited utilities, but if they have any, what utility does a cryptocurrency have if you remove censorship resistance? The WV twins are making a USD that is less useful than a regular USD, but doesn't even have censorship resistance. Please see: [https://medium.com/@lebed.2045/gemini-can-make-gusd-non-transferrable-at-any-moment-code-review-a28d58ef6a61](https://medium.com/@lebed.2045/gemini-can-make-gusd-non-transferrable-at-any-moment-code-review-a28d58ef6a61)
1
SnoweCat7 1 year ago

Hmm so what happens when, according to plan, crypto destroys all the currencies these stablecoins are pegged to?

1
iLoveStableCoins 1 year ago
The idea that "all global fiat will collapse and crypto will reign supreme" is both horrifying and delusional. It will both never happen, and if it ever did we would be in a horrifying place economically. &#x200B; Great question!
1
thehoesmaketheman 1 year ago

11
Cthulhooo 1 year ago
We need to create a stable coin pegged to USD via quantum entanglement. Impossible to break, backed by universe itself!
8
iLoveStableCoins 1 year ago
With machine learning and AR to improve the hashing! BMW announces partnership!!
1
SnapshillBot 1 year ago

I know what you're saying, but I'm just an ideas bot. So, maybe it'll happen, but I'm sure someone else will do it.

A very poor effort article. They didn't even have a decent argument why fiat backed coins are a bad idea. Seems to be written by someone who knows very little about crypto.

Hopping over from the crypto subs to comment on this. The article makes some valid criticisms, but it left out a very important category of coin: on-chain collateralized. Basically, you can use a volatile crypto currency like Ether as collateral to back a stablecoin. You store it in a smart contract, which is like a program that runs on the blockchain(kind of like a public cloud). Everyone can see it. No one can change it.

When the price of Ether swings wildly, the program automatically sells the collateral to recoup the value necessary to keep backing the stable coin.

This system is pretty sound, and hasn't flinched throughout the recent 85% decline in the price of Ether.

The only answer is to stop using bitcoin as a commodity and use it AS A CURRENCY. Using it as a commodity means it has no intrinsic value and its value is purely a whim. You will never have stability that way.

3
whose_butt_hurts 1 year ago
It's not an either/or proposition. Speculators will take advantage of fluctuations whenever they can. It's what they do. And the more pioneering crypto users will spend it as currency even during these early unstable years because they want to contribute to adoption. In years to come I expect there will be more huge surges and fallbacks but I strongly suspect the trend will be upward. Each low after a surge will be higher than the previous one. there will come a day when the prevailing crypto, (very possibly not bitcoin), is big enough and simple enough for the average Joe to try out on a whim without having to commit much time or money. if it works for them, good.
3
veryunderstated 1 year ago
You'd think this was obvious
2
See all

More than 100 addresses with unmoved bitcoin mined in 2009 (Satoshi?) just signed a m..