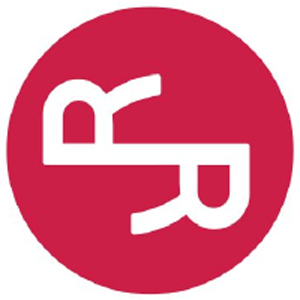 Previously on the debrief, Kate Gonsalves (former CFO) discussed the challenges delaying the release of the Q4 (2018) financial report. Kenny Rowe announced his resignation. He expressed his gratitude for the community and reminds everyone he’s still a co-op member. On the business side, using an equity vehicle to secure funds from prospective clients was discussed. An idea involves using RSong. The debrief closed with Greg speaking about RSong’s tokenomics structure. This week, Greg demos t..

RChain Update 115: RSong as an equity vehicle for funding

UPDATE SUMMARY Last week included a discussion about rebranding the RSong backend name to reflect its generic use case. Members were encouraged to suggest names in the RSong Discord channel. Considerations were made by the European co-op for an Android frontend for Dan Connolly’s voting system. Greg mentioned his conversation with PeerTracks, a blockchain streaming service, in which they discussed the value proposition of music on-chain. Jonathan announced the commencement of node testing ses..

Update summary https://medium.com/media/f30855f2a159dce1b4ba255f7813fae6/hrefPreviously, Kevin Goldstein represented The Co-op in the National Rural Electric Cooperative Association, where he discussed the potential of blockchain in the energy industry. Augmate was featured on RCast; COO Dana Farbo discusses IoT and wearable device management. Greg Meredith responded to news about ..

As everyone knows, cryptocurrencies had a fantastic year in 2017. As more tokens, investors, and startups joined the space, scalability emerged as a serious issue. Blockchain scalability is a key element for mass adoption and further growth of the industry. We all know the CryptoKitties example which caused the Ethereum network to slow down due to an enormous backlog of transactions. Since then, awareness increased for more scalable solutions. RChain is a project which focuses on scalability by ..

RChain Update 109: The board elects Mark Pui and Steve Ross-Talbot as temporary board members

Previously on the hangout, Zak Cole from Whiteblock gave a demo on building a three-node network and adding a block. Greg Meredith also announced the extension of the Immersion Networks license agreement by six months. There was an overview of Greta Thunberg’s speech at the UN climate plenary and a discussion of how RChain’s core mission is to be a solution to such planetary challenge. This week, the development team is back to work after the holidays and will be resuming community node test..

Update summary https://medium.com/media/84a2da2481cc607335aae589a11c9ae6/hrefPreviously, the dev team and Whiteblock are worked together on Whiteblock’s private test net. Greg also reviewed the progress on the kinds of applications that the co-op needs in order to fulfill its functions, such as identity and members voting. Kayvan and Jim Whitescarver gave demos of Rholang voting ..

Previously on the debrief, Greg Meredith announced the close of a loan on RHaus estimated at roughly one million dollars. The development team commenced work with Whiteblock to deploy RNode on their environment. Kenny Rowe reported the resignation of Kate Gonsalves (CFO) and the establishment of a governance committee to define governance procedures and processes. Emphasis was made on effective communication processes. There was also a conversation about code specification in respect to IOB6. T..

UPDATE SUMMARY Greg M opens the hangout, then Medha takes over with the technical update. Following the technical update, Greg M gives an overview of the ballot proposals for the forthcoming member meeting on 24th October. The hangout is significantly focused on the co-op’s current state regarding funds for future developments and launch of the mainnet. Greg answers pressing questions from members about available funding and he talks about the measures to fill the financial gap. Issues were ra..

prune misleading translation checklist The checklist was introduced to put a lower bound on acceptable translation work, but it seems to give the impression that translation work is especially invited, or even that any work that addresses all the items on the checklist is automatically rewarded. The checklist remains available in the git history; I also copied the content to a https://github.co..